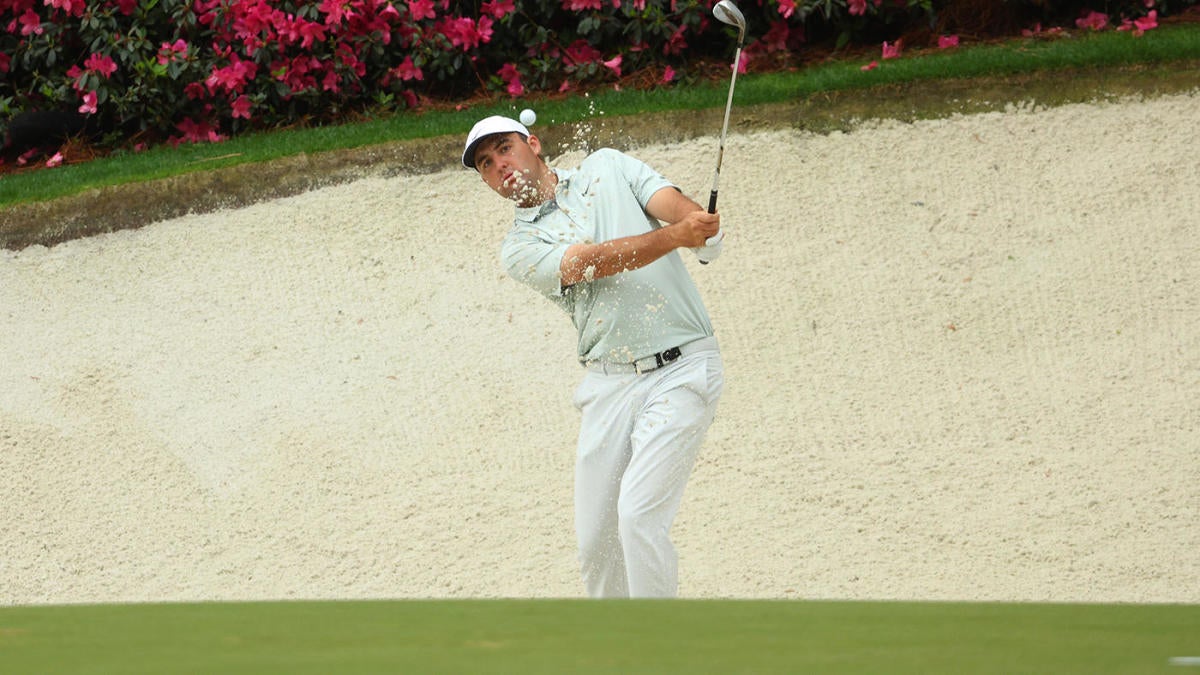 AUGUSTA, Ga. — The first day of the 2022 Masters is in the books, and it was as incredible as anticipated. From a course playing tougher than it appears to a leaderboard that already looks like the weekend to Tiger Woods’ extraordinary 71 in his first professional round in 17 months, Thursday at Augusta National had it all.

Sungjae Im leads after shooting 67 over the first 18 holes, but the top of the leaderboard looks remarkably similar to what it looked like at the end of the 2020 Masters (more on that below). Sometimes at major championships, it takes a while for a leaderboard to take shape, but the 18 golfers that shot under by on Thursday are nearly all big names and would almost all be terrific stories if they won.

Let’s look at nine takeaways from an outstanding first round from Augusta National.

1. 2020 Masters redux: The top three on the board are the same top three at the end of the 2020 Masters. Dustin Johnson beat Im and Cameron Smith that year, but now Im tops Smith by one and DJ (and three others) by two. Although Smith is the favorite, Im has staying power at the top. He has only played two Masters, but one of them was that T2 in 2020. We rarely think about him as one of the best young players in the world, but if he adds a Masters to his already-solid resume, that’s going to change in a big way.

2. Who’s in the top 10? Since 2005, every winner except for two have been in the top 10 after Round 1. The only exceptions were actually the same person. Woods won from way back in 2005, and then he did it again in 2019 from T11. This year’s list includes the following names, and one of them will almost certainly be your 2022 Masters champion.

3. Sneaky Scheffler: Seemingly everything Scottie Scheffler does is quiet, including his 3-under 69 on Thursday in the first round. The No. 1 player in the world came in with almost zero fanfare — partly because of Woods and partly because he was never tabbed as a surefire No. 1 player in the world — but he finds himself in the same position he’s often found himself in at majors. In his last six major championships, Scheffler has finished in the top 10 four times and in the top 20 in all six.

4. Smith’s bookend doubles: Smith might be the most exciting player in the sport right now. He somehow shot 68 with double at the first and double at the last. In his last two rounds — one at TPC Sawgrass that won him The Players and one at Augusta National that finds him in second — he’s made 18 total birdies and destroyed most of both fields. He might not go on to win this weekend, but he could be the roller coaster ride you’re looking for the rest of the way.

Rick Gehman, Kyle Porter and Greg DuCharme recap Thursday’s action at Augusta National, including a shocking 71 from Tiger Woods. Follow & listen to The First Cut on Apple Podcasts and Spotify.

5. Who played their way out of it? Justin Thomas and Bryson DeChambeau both shot 76, and barring a miracle final 54 holes, they’re out of the mix. Other big names struggled as well. Sam Burns shot 75. Jon Rahm, Jordan Spieth and Xander Schauffele — all studs at Augusta National — shot 74 and tied PGA Tour Champions players Padraig Harrington and Mike Weir in Round 1.

6. Danny Willett, huh? Are we doing this again? Willett’s 69 is good for T3, and there was no foreshadowing like there was back in 2016 when he won. Willett has zero top 20s in his last 12 starts worldwide, but he was still fired up to come back to the site of his greatest victory.

7. Scoring average: I was shocked at how difficult this course was playing after how much rain has dumped in Augusta over the last few days. I would have thought the scoring average would have been right around par but it ballooned to nearly 74. Some of that is because it’s artificially-inflated by amateurs and past champions, but some of it is because Augusta set it up to be more difficult than normal on a Thursday by tucking pins and trying to offset some of the sogginess of the turf.

8. Low am: Only two of the six amateurs shot better than 79, and the No. 1 amateur in the world, Keita Nakajima, who earlier this year made the cut at the Sony Open, led the way with an even-par 72. Austin Greaser shot a 2-over 74, and those two look like the only candidates for low amateur honors this time around. Also, a 72 for anybody, much less an amateur, is a fabulous score in Round 1.

9. Tiger’s Thursday: Round 1 was all about the Big Cat, which I wrote about extensively here. One final stat on him, though. After not playing competitive golf for over 500 days, he beat eight of the top 10 players in the world over the first 18 holes at Augusta. Wild.

Watch the 2022 Masters streaming all week with Masters Live as we follow the best golfers in the world throughout Augusta National with Featured Groupscheck in at the famous Amen Corner and see leaders round the turn on Holes 15 & 16. Watch live for free on desktop and mobile via CBSSports.com and CBS Sports App. Also available on Paramount+.