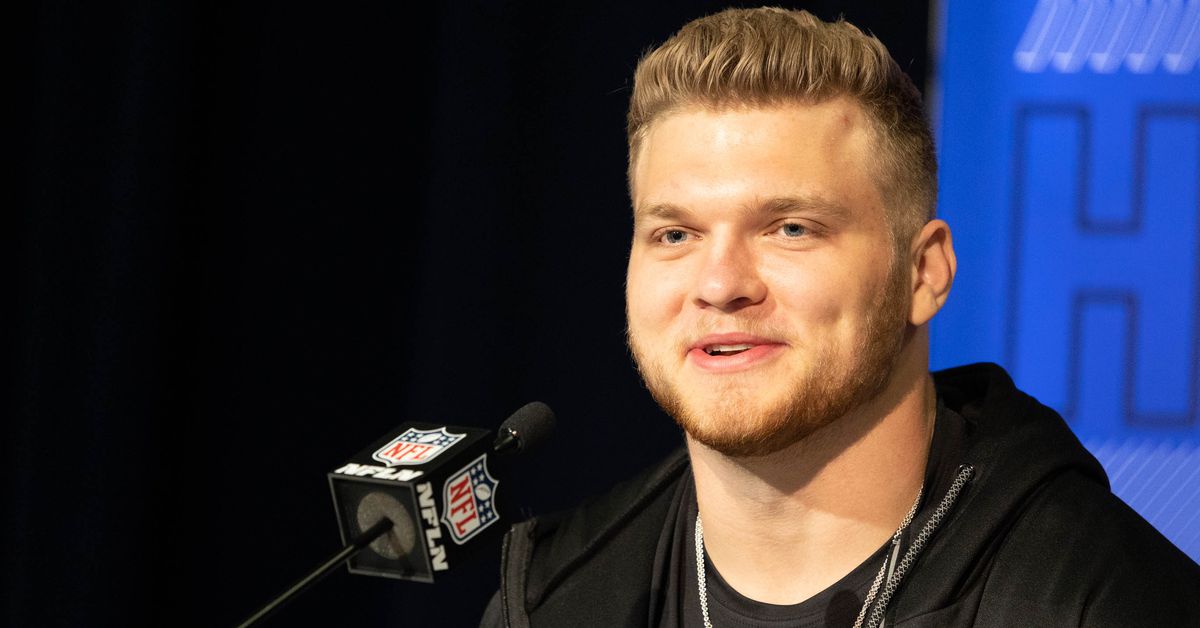 NFL free agency has been rolling along for six days now and we have seen a lot of draft websites take the week off to see how things play out during this rapidly changing part of the offseason. There are still sites dedicated to multiple weekly mock drafts, but the collective whole was lighter than most weeks.

There seemed to be two styles of mock drafter this week: The analyst who has begun exploring options at the top of the draft, and the analyst who introduced unusual scenarios, either because they lacked knowledge of the Detroit Lions, or because they wanted to stand out.

That being said, let’s start with the explorers and then move to the unusual.

Last week, we saw a spike in the connections between the Lions and Hamilton, but things have shifted back to normal. With this scenario looking more and more like a real possibility, most indicators point to the Lions considering these players, and I’m not expecting a consensus on which one is the favorite.

Jacksonville does NOT take Hutchinson first overall, and the Lions select…

As has been the case for most of the offseason, if Hutchinson is available, most believe he will be the pick. There are always going to be analysts who prefer another player more—Hamilton is Farrar’s top player and Sanchez believes the Lions can’t wait to grab a quarterback—but overall, the fit on and off the field between Hutchinson and the Lions decision-makers seems like too perfect a fit.

Side note: I’m seeing fewer and fewer mock drafts where Willis falls outside the top 10, and he is beginning to separate himself from the rest of the pack.

One mock suggests the Lions could slot in their projected player “at right tackle opposite Penei Sewell.” For clarity, Sewell plays right tackle, and Taylor Decker, well, exists, which makes this suggestion strange. But, hey, maybe they’re referring to a future projection with their statement—like the other two analysts.

The second analyst suggests using their projected elite offensive tackle at guard—I’ll pause for a minute so you can catch your breath after considering a scenario where the Lions take a guard second overall—and then taking over for Decker down the road. For clarity, Decker is signed through the 2024 season—yes, that’s the next three seasons—and has $24.25 million remaining in guaranteed money.

The final analyst suggests that the Lions have “lots of options” to consider with Decker which could result in them drafting his offensive tackle. First, he points out that the Lions need to consider the fact that “Decker’s bonus is due soon”, but the problem there is that—there are no bonuses due soon. His base guarantees have already been triggered, his prorated bonus has been paid, and the next scheduled bonus is a $250,000 workout bonus during camp. Next, he suggests the Lions could “restructure Decker’s deal, which means he will be there another two-three years”, but again as we established earlier, he is already signed for three more years. Or maybe they could “cut him”, which, as noted earlier, would cost $24.25 million in dead cap. And finally, they could “trade him”, which would cost $14.1 million in dead cap. Trading Decker is the only scenario suggested where the Lions don’t lose money, but would they consider doing that just so they could draft his replacement? That would surprise me.

Not much has changed at this pick because this splatter shot of players is consistent each week. A few analysts believe the Lions will grab a quarterback, while overall, the projections of quarterbacks being selected in the first round continue to dwindle as NFL teams shuffle quarterbacks between teams during free agency. A collection of wide receivers is always present, though it’s surprising to see Burks and London (even in a trade-up scenario) mentioned at this stage. On defense, Georgia continues to dominate at all three levels, and the Lions’ heavy presence at Georgia’s pro day this week certainly did not slow this pattern down.

Personally, it’d be hard for me to pass on either Burks or London, but Dean—who was the most mocked player at this pick this week—would also be exciting.

Only a few mocks dipped into Round 2 this week, with Sanchez finally giving the Lions an edge rusher after opting with Willis and Dean in the first round. Meanwhile, Wilson also gave the Lions a quarterback—Pickett at No. 32—and a pair of Michigan defenders in Hutchinson and Hill.

In this section, I typically take a closer look at one mock draft, and this week, I’m looking at a mock draft from Scott Smith of Buccaneers.com, who had Detroit making not one, but two trades in the first round.

In Smith’s scenario, Hutchinson comes off the board first and the Lions opt to make a trade with the Seattle so the Seahawks can grab Willis. The compensation for this trade results in the Lions acquiring picks No. 9, 41, and a 2023 first rounder. Let’s not worry about who Smith has the Lions picking at No. 9 and instead focus on the draft pick acquisitions.

At pick No. 32, Smith has the Lions trading again, this time dealing the pick to the Indianapolis Colts, who also takes a quarterback: Corral. The Lions give up pick No. 32 and a 2023 fourth-rounder to acquire picks No. 42 and 82.