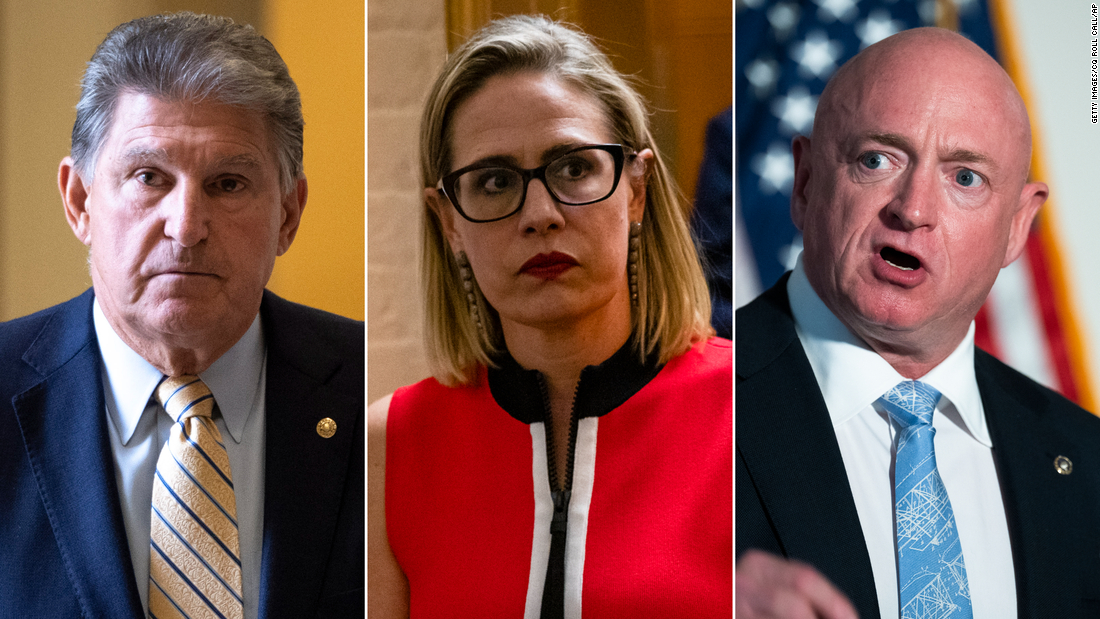 Democratic Sens. Kyrsten Sinema, Joe Manchin and Mark Kelly voted against a procedural vote to advance David Weil’s nomination. The final vote count was 47-53, where a simple majority was needed to advance the nomination.

Weil previously served in this role during the Obama administration from 2014 to 2017 and faced criticism from conservative groups for policies he enacted at the time that they argue hurt small businesses, such as pushing to classify independent contractors as employees. Private groups were urging moderate Democrats to vote against Weil’s nomination.

Sinema’s spokesperson said the senator reviewed his nomination and “had concerns” without elaborating.

Manchin and Kelly did not immediately respond to CNN’s request for comment about opposing the nomination.

Democratic Sen. Patty Murray of Washington, the chairwoman of the Senate Health, Education, Labor, and Pensions Committee, expressed disappointment in a statement following the failed nomination.

“I’m incredibly disappointed to see Dr. Weil, an exceptionally qualified nominee with a long track record fighting to ensure workers get the wages they have earned, did not get the votes tonight to be confirmed as Administrator of the Wage and Hour Division of the Department of Labor. Despite this outcome, I will never stop fighting for working families and for a fully staffed DOL with leaders committed to protecting workers,” she said in a statement.

This comes as another one of Biden’s nominees is currently facing an uphill climb for confirmation. A number of Senate Democrats, including Sinema, have privately expressed concerns over Biden’s pick for Ambassador to India, Los Angeles Mayor Eric Garcetti, raising concerns about whether his nomination will move forward.

Concerns center around allegations from a former mayor’s office employee, who has previously accused him of ignoring sexual harassment and bullying by one of his former senior aides. Garcetti has repeatedly denied the allegations.

This story has been updated with additional developments Thursday.