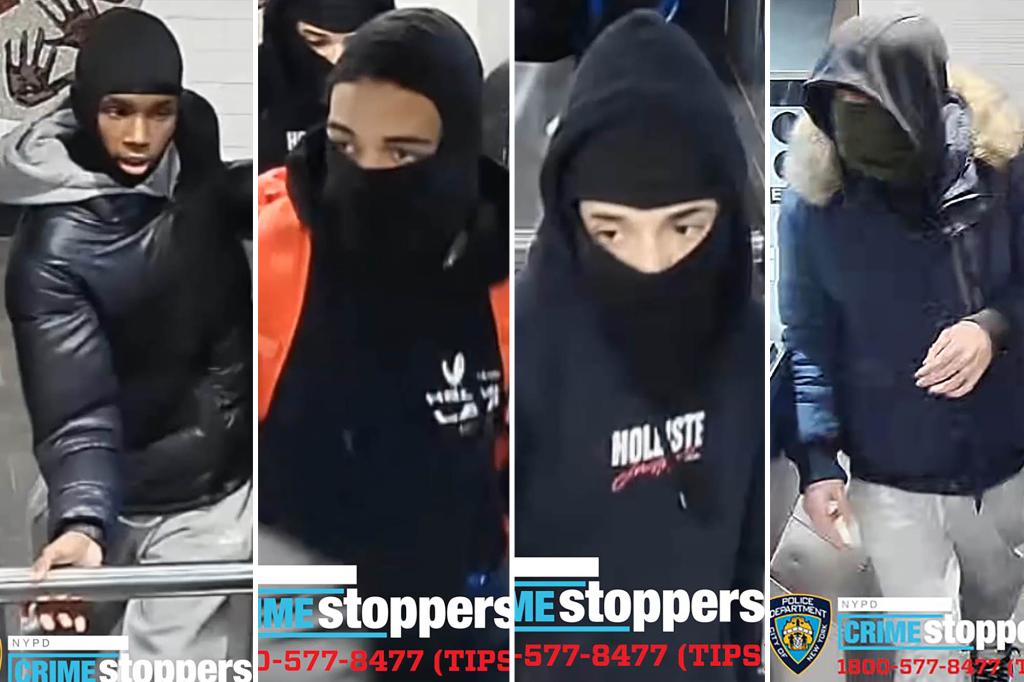 Four ski mask-wearing teens pummeled and slashed a straphanger who confronted them on an Upper Manhattan train this week, cops said Friday.

The 48-year-old victim was riding a northbound B train around 4:20 pm Wednesday when he encountered the group of rowdy teen boys, who are believed to be around 16 or 17, police said.

As the train barreled down the tracks, one of the teens stepped on the man’s foot, sparking an argument, cops said.

The group of suspects then punched the rider in the face and arms – and cut him on the forehead with an unknown sharp object, police said.

The crew got off the train at Cathedral Parkway-110th Street in Morningside Heights, cops said.

The victim was taken to BronxCare Health System, where he was treated and released.

The incident came days after a man struck a 37-year-old female MTA booth attendant in Brooklyn, unprovoked; and a week after a 45-year-old woman was slashed in the face during a dispute inside a Bronx station, cops said.