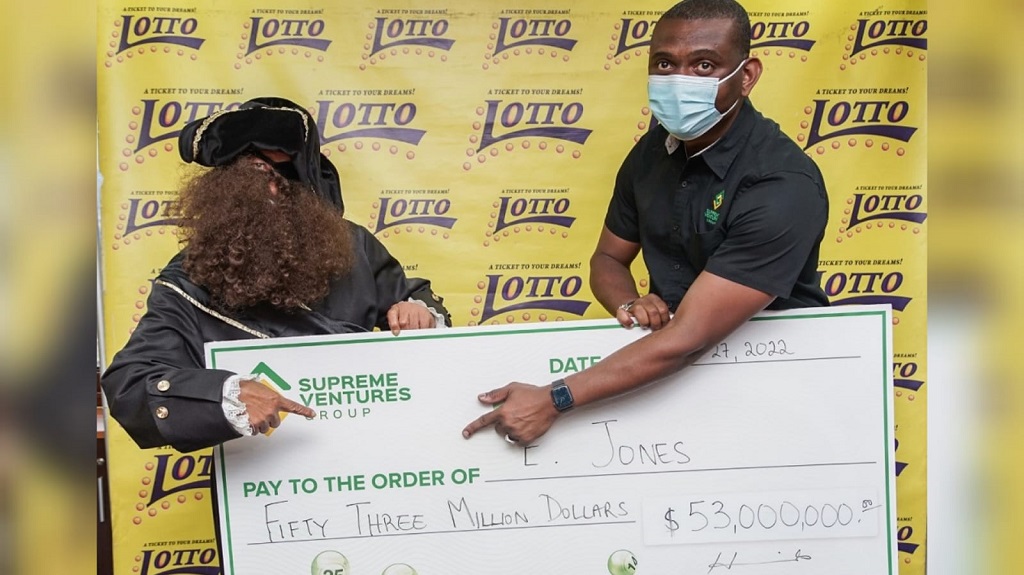 A retiree from western Jamaica, who is the newest Lotto millionaire, plans to use her $53-million winnings to secure the future education of her grandchildren before deciding what to do with the rest of it.

“I had gone with a friend to the Supreme Ventures store who wanted to buy the new Scratchaz ticket, and on a whim I bought a Lotto ticket. Never in my wildest dreams did I expect to win!” E Jones is quoted as saying in a release from Supreme Ventures.

“The only plan I’ve made so far is to make sure that my grandchildren’s educational costs are taken care of. I’m still coming to terms with being a millionaire and, so I need a little more time to think about what else I will do with the money,” Jones said.

Jones is the second Lotto winner since the start of the year. In February, C Codner won $63 million.

Dwayne Tulloch, SVP Retail & Customer Operations at Supreme Ventures, commenting on the winner, was pleased that the winning ticket was bought at the newest location.

“At Supreme Ventures we are always thrilled to transform the lives of Jamaicans by making them into millionaires. This one is extra special, however, as the winning ticket was sold at our latest addition, Fairview in Montego Bay! The store was opened in November 2021, and already has proven lucky for one of our customers. We are delivering on our mission to make winners every day and expanding our network of retail stores perfectly supports this mission.