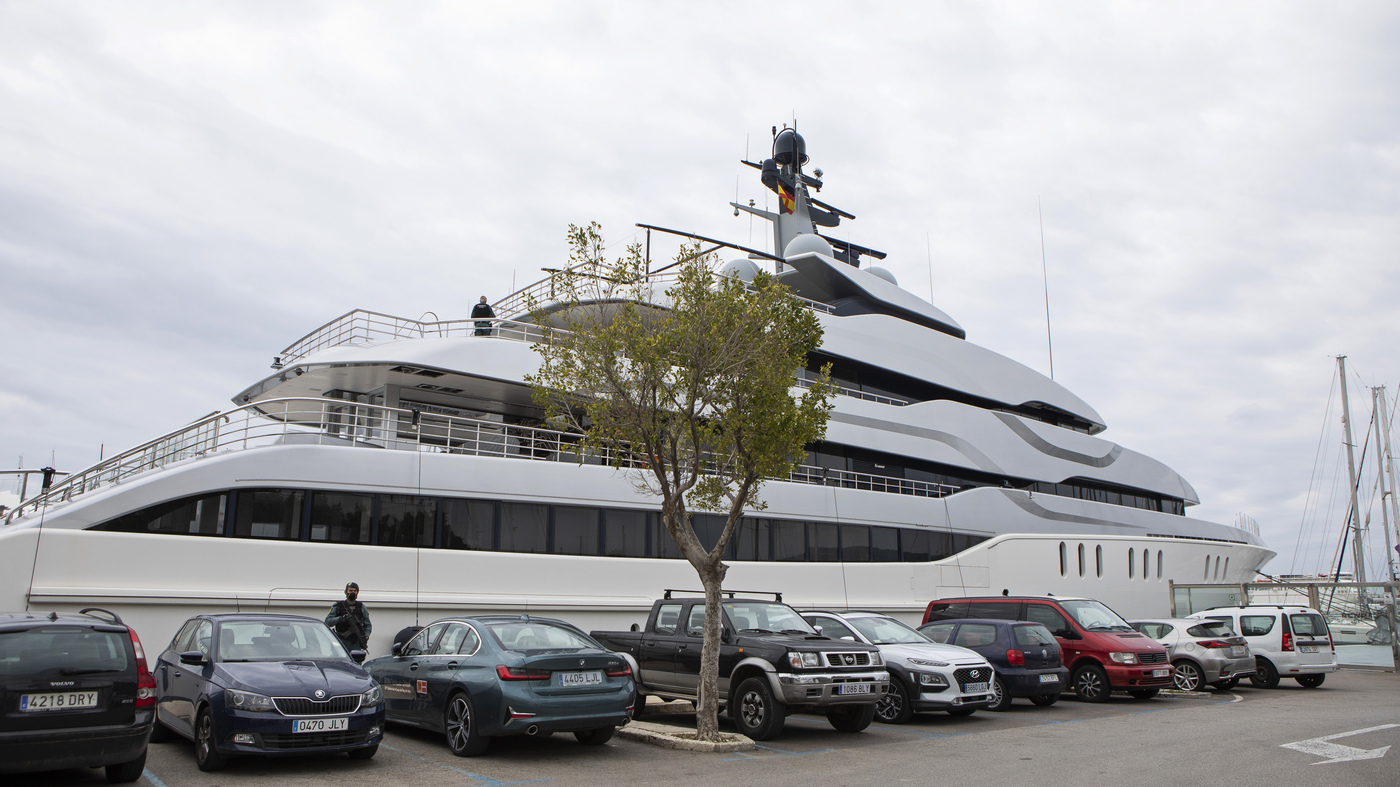 A Civil Guard stands by the yacht called Tango in Palma de Mallorca, Spain, on Monday. US federal agents and Spain’s Civil Guard are searching the yacht owned by a Russian oligarch.

A Civil Guard stands by the yacht called Tango in Palma de Mallorca, Spain, on Monday. US federal agents and Spain’s Civil Guard are searching the yacht owned by a Russian oligarch.

Spanish officials have seized a Russian-owned luxury yacht in Mallorca at the request of the US Department of Justice. It was the first coordinated seizure under the department’s Task Force KleptoCapture, which is tasked with enforcing the sweeping sanctions placed on Russia in response to its invasion of Ukraine.

The $90 million 255-foot yacht, named Tango, is owned by sanctioned Russian oligarch Viktor Vekselberg, who heads the Renova Group, a Russian conglomerate with interests in metallurgy, machinery, energy, telecommunications as well as others.

“Today marks our taskforce’s first seizure of an asset belonging to a sanctioned individual with close ties to the Russian regime. It will not be the last,” said Attorney General Merrick Garland in a statement. “Together, with our international partners, we will do everything possible to hold accountable any individual whose criminal acts enable the Russian government to continue its unjust war.”

The seizure was performed by Spanish Guardia Civil officers with assistance from the FBI.

US officials allege that the Tango has been owned continuously by Vekselberg since 2011 and that he used shell companies to “obfuscate his interest in the Tango,” the Justice Department said in a press release.

The release cites alleges bank fraud and money laundering as justification for the seizure, highlighting US bank payments for support and maintenance of the vessel — including a December 2020 stay at a luxury water villa resort in the Maldives.