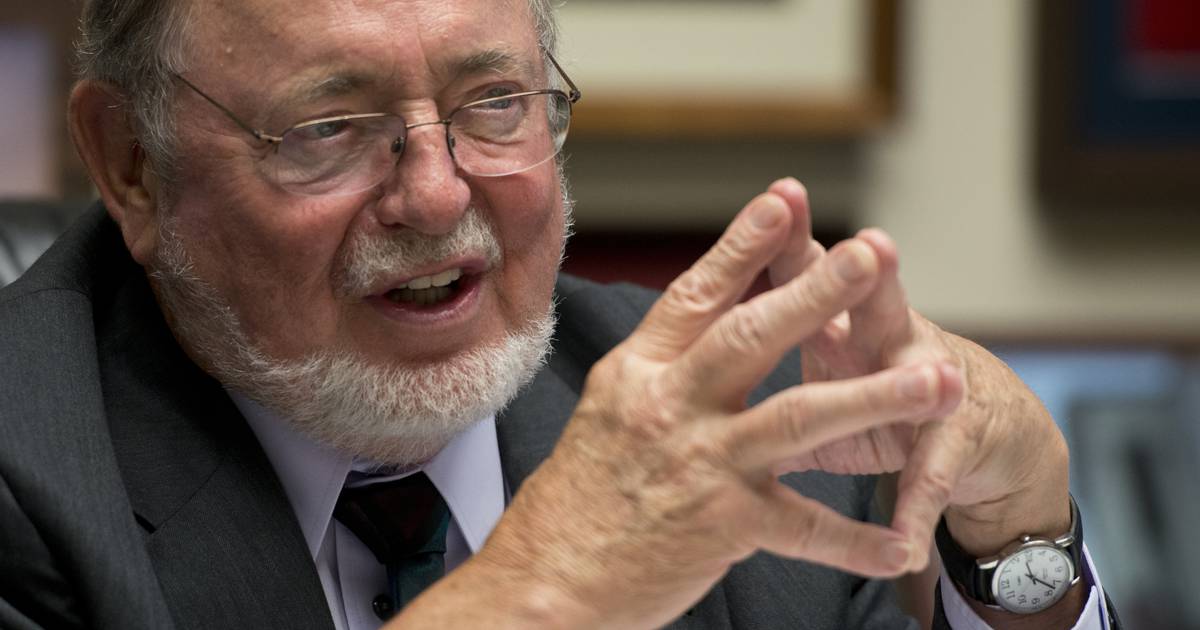 His wife, Anne, was by his side, his office said in statement.

“It’s with heavy hearts and deep sadness that we announce Congressman Don Young, the Dean of the House and revered champion for Alaska, passed away today while traveling home to Alaska to be with the state and people that he loved,” the statement said.

Young, a Republican and the longest-serving member of Congress, lost consciousness on a flight from Los Angeles to Seattle and couldn’t be resuscitated, said Jack Ferguson, a lobbyist who served as Young’s chief of staff.

“Everyone’s learning about it right at the moment. The phone’s ringing off the hook,” Ferguson said in a phone interview Friday. “I’m sad to lose such a good friend, and a person that I’ve known all his political career.”

Young, a Republican, had served in Congress since 1973, when he was sworn in after winning a special election.

Young was in his 25th term and running for a 26th; he had fundraisers scheduled in Juneau and Anchorage next week.

Ferguson said he was eager to serve two more years in a US House that he expected would be flipped from Democratic to Republican control.

“That was his goal, and he felt he could best help the state in the position he’s held all these years,” Ferguson said. “He was vibrant, he had a lot of energy, he’s very clear of mind, spoke clearly about what he wanted to accomplish, set goals that he wanted to make happen, and was happy to be running.”

State law requires GOP Gov. Mike Dunleavy to call a special election to fill Young’s seat within three months, and no sooner than two months from the date of his death.

This is a developing story and will be updated.