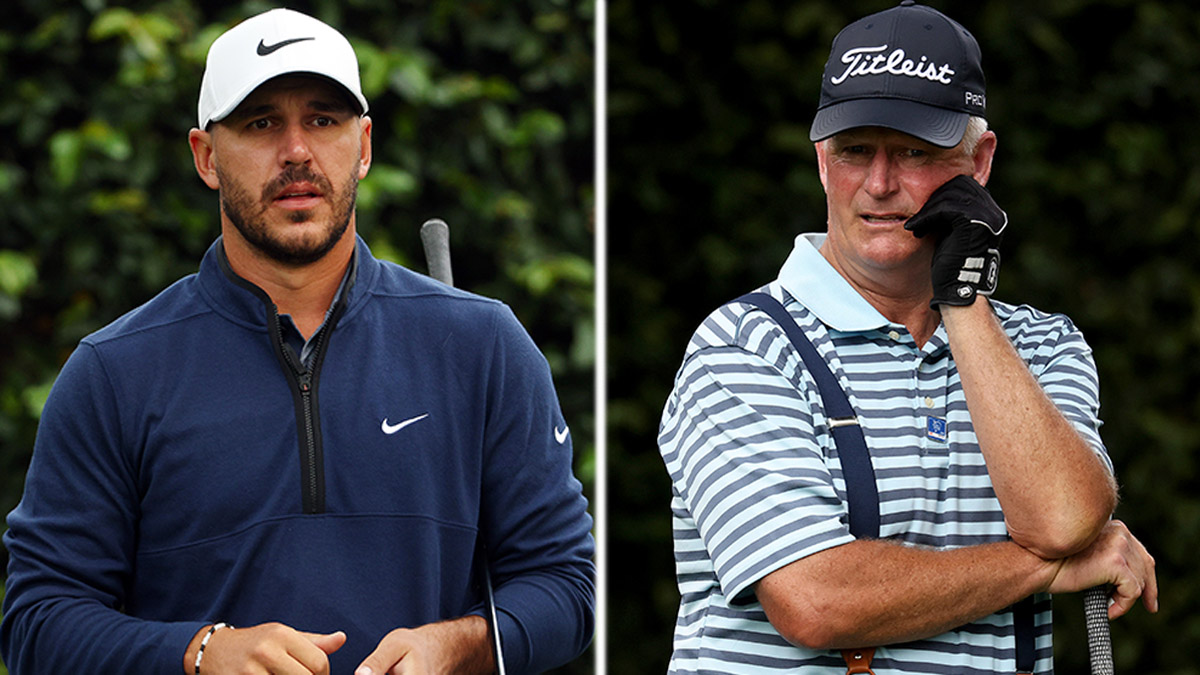 AUGUSTA, Ga. — Let’s start this week’s ranking of the Masters Tournament field with a few caveats.

As you’re scrolling through my selections below, you’ll undoubtedly see a few and think, “Those guys are listed too high.” Hey, there’s no point in this exercise if we don’t take a few chances on longshots. You’ll also probably see some and say, “They’re too low.” If this was a talent ranking, we could simply copy and paste the odds board.

Instead, this is purely opinion based on speculation. If anything, it can help offer a sense of which players are overpriced in the marketplace and which own some value.

With that in mind, let’s get right to it.

Not since Tiger Woods in his prime has a player figured out how to peak four times each year for the majors. Considering he’s finally healthy and already showing some solid form, the Drive for Five could culminate in a green jacket come Sunday evening.

After a torrid end to last season and a strong start to this year, Cantlay has now finished outside of the top-25 in three consecutive starts. The good news, though, is that he’s won previously while mired in similar types of situations.

A popular selection to finally win his second career major title nearly a half-decade after the first, Thomas has gone more than a year without a victory. He keeps knocking on the door thanks to continually impressive ball-striking performances.

Last year’s runner-up in his Masters debut, Zalatoris appears to be one of the chosen few who doesn’t need experience to find success at Augusta National. A usual bugaboo, his putting was much improved in his most recent start, making him even more dangerous.

No matter the year, no matter his form, Spieth turns onto Magnolia Lane and instantly finds his A-game. While the results haven’t quite been there this year, he’s fresh off leading the Valero Texas Open field in strokes gained tee-to-green last week.

As if he needed even more motivational fuel, the erstwhile No. 1-ranked player has been usurped by Scottie Scheffler in recent weeks. With four straight top-10s at Augusta National, he obviously loves this venue, though his putter has been the cause of much frustration this year.

Rain early in the week might not render Augusta National as soggy as it played during Johnson’s win in November two years ago, but it might offer a similar essence of soft from tee to green and firm on the putting surfaces, which was a combination he obviously loved.

We collectively might need to forget everything we’ve learned about Finau’s game over the year’s first three months, which has been shockingly unimpressive, and instead remember that he owns three top-10s in four starts here and is armed with a world of talent.

Last month’s winner of THE PLAYERS Championship, which featured a healthy dose of Mother Nature potpourri, with conditions alternating between hot and cold, dry and wet, windy and calm, he might be licking his chops at a similar type of forecast this week.

There are no holes in the new No. 1-ranked player’s game, as he’s proven with three wins in his last five starts. Certainly, the win equity is apparent and he’s ready to claim a major; it’s just a matter of whether he can keep the heater rolling along.

There aren’t many bargains on the pre-tourney odds board, but Burns, who won the Valspar Championship in his most recent start, certainly qualifies. The only possible reason is that he’s playing his first and no Masters rookie has won since Fuzzy Zoeller in 1979.

It’s hard to believe that McIlroy has now gone eight years since his last major victory. In that time he’s spent searching for the fourth leg of the career grand slam, he owns five top-10s in seven starts here, including a couple of heart-breakers that have added to the scar tissue.

There are plenty of ways to classify which players have fared the best over the course of the season to date. While Fitzpatrick might not have a victory, he does lead the PGA TOUR in total strokes gained, which speaks to his all-around ability at the highest level.

At its core, Augusta National is a second-shot golf course. Nobody — not Collin Morikawa or Thomas or Rahm — has hit their irons better this season than Henley, who leads in strokes gained on approach shots, perhaps the most important metric this week.

Already a major champion, Lowry has shown some signs that he could someday add to that total, though those signs have yet to occur at this tournament. He’s made just three cuts in six Masters starts and hasn’t posted a top-20 finish.

Admittedly, he feels like the two-time major winner is too low on this list, but he didn’t quite sound fully confident in the current state of his game when he spoke early in the week. That said, he’s a brilliant iron player who could rely on throwing darts.

It’s no secret that Schauffele tends to play his best golf in both major championships and limited fields, so it stands to reason that he should fare well in a major with a limited field, also on a course he already owns two top-three finishes in the past three years.

There is perhaps no other player in the world’s top-10 who owns a glaring weakness in his game like Hovland, who ranks dead last on the PGA TOUR in Strokes Gained: Around the Green this season. Unless he hits 18 greens in regulation each day, this isn’t the place to fix that.

Sensing a theme yet? Following last year’s Masters, which saw notoriously poor putting ball-strikers finish 1-2 at this tournament, Conners certainly fits the mold of those who have enjoyed recent success at Augusta National.

After watching him practice and speaking with him, there appears to be little doubt that Woods isn’t here to be a ceremonial golfer. The five-time Masters winner appears ready to contend, as optimism toward his performance this week seemingly continues to grow by the minute.

While he continually gets credit for playing his best in major championships — and rightfully so — that hasn’t quite been the case at this one, as his playoff loss to Bubba Watson in 2012 remains his lone top-10 start in 13 prior appearances.

Major question mark here, as Casey was forced to WD/concede in each of his three matches at the WGC-Dell Match Play just two weeks ago due to a lingering back injury. If he’s healthy, he can certainly contend, but that remains a big if.

Once believed to be an inevitable major champion, Fleetwood’s game fell on some tough times, though he’s shown some signs of returning to the game’s elite level. His best chance remains at The Open or the US Open, as he’s never finished better than T-17 here.

What a shame. The defending champion produced a brilliant menu for the Tuesday night’s champions’ dinner, but his title defense could be in some doubt, as he was forced to withdraw from last week’s Valero Texas Open with a neck injury.

More injury news: DeChambeau revealed this week that he originally hurt himself in a fall while playing ping-pong with Sergio Garcia and Joaquin Niemann two months ago. Not yet fully healthy, expectations should be mightily lowered for this week.

The low amateur at this tournament a half-decade ago, Hagestad is a career amateur who at the age of 30 might own an edge in experience to duplicate those honors this week, as well.