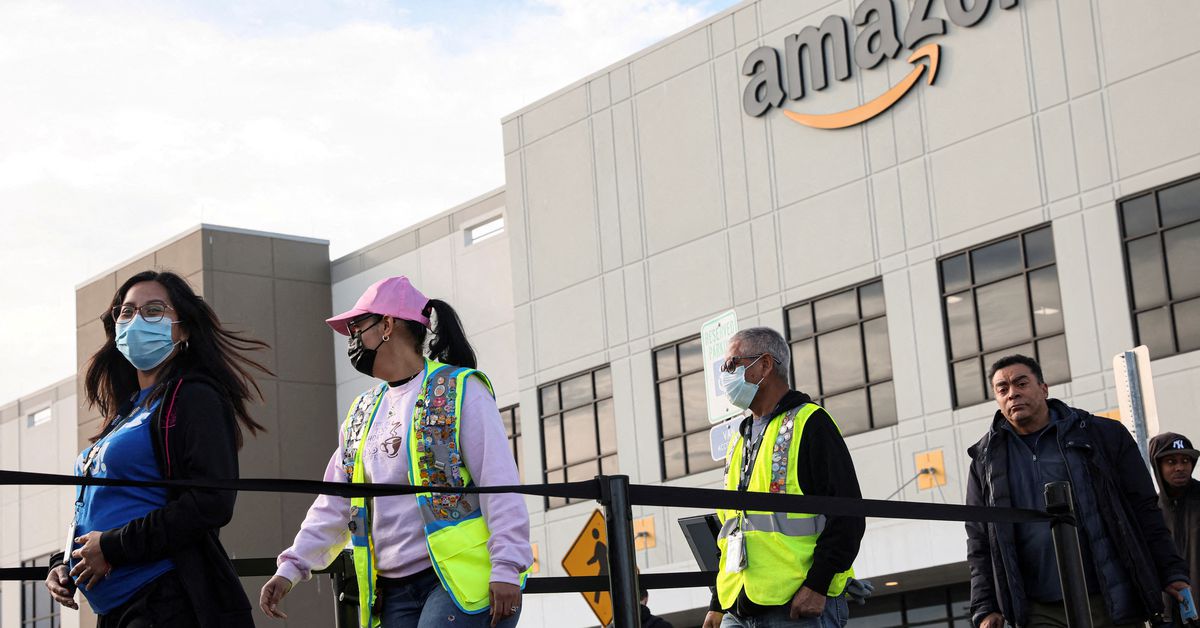 Workers stand in line to cast ballots for a union election at Amazon’s JFK8 distribution center, in the Staten Island borough of New York City, US, March 25, 2022. REUTERS/Brendan McDermid./File Photo

April 4 (Reuters) – Amazon.com Inc staff (AMZN.O) included the words “union,” “grievance,” and “living wage” on a preliminary list of terms to block from an internal messaging app it was considering creating to moral boost worker, The Intercept reported on Monday.

The news fueled concern about the retailer’s approach to organized labor, days after employees at a warehouse in Staten Island, New York, voted to form Amazon’s first union in the United States.

The Athena Coalition, a labor and activist group that is critical of Amazon, posted on Twitter, “This needs to stop.”

Amazon said it had no plans to screen many of the words highlighted by The Intercept, which cited company documents and a person familiar with a November 2021 executive meeting on the project. The idea was to foster community and encourage high-performers while preventing “the dark side of social media,” The Intercept reported. An automatic word filter could block employee messages mentioning slurs, swear words and terms like “slave labor,” “robots,” and “pay raise.”

In a statement, Amazon said, “Our teams are always thinking about new ways to help employees engage with each other. This particular program has not been approved yet and may change significantly or even never launch at all.”

It added: “The only kinds of words that may be screened are ones that are offensive or harassing, which is intended to protect our team.”

A pilot has been slated for later this month, The Intercept reported.