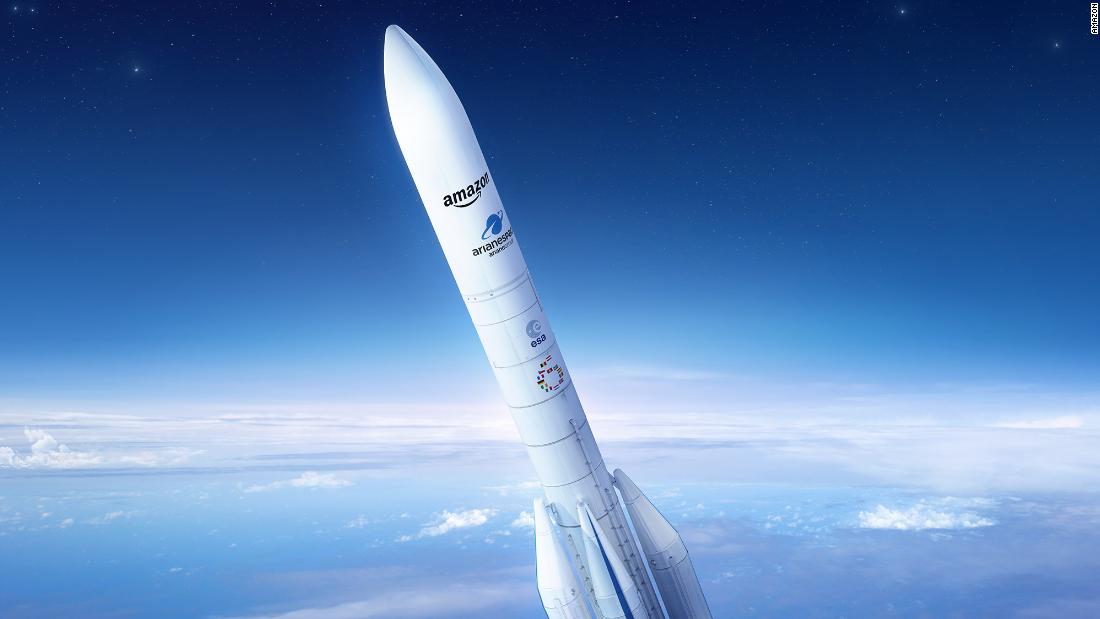 The agreement includes two veteran rocket builders — United Launch Alliance, which is joint venture between Boeing and Lockheed Martin, and European company Arianespace — as well as Blue Origin, the rocket company started by Amazon founder Jeff Bezos, which is still working to develop a rocket capable of reaching orbit.

The contracts include a total of up to 83 launches, which Amazon is calling one of the largest commercial launch deals ever inked. The launches will take place over about five years. All three rockets that Amazon plans to use for these missions are not in operation yet but are expected to enter service later this year or 2023. Financial details were not disclosed.

Notably absent from the list of providers is Elon Musk’s SpaceX. Though SpaceX has worked to dominate the commercial launch industry with its reusable rockets, Amazon’s space-based internet business, called Project Kuiper, is expected to compete directly with SpaceX’s own satellite internet business, Starlink. Starlink is well ahead of Project Kuiper and other competitors, as the company has already deployed more than 2,000 satellites and signed on more than 145,000 customers around the world, SpaceX said in January.
It’s not uncommon, however, for a space company to launch a satellite on a competitor’s rocket. SpaceX notably inked a deal to launch satellites for UK-based OneWeb, which is building yet another constellation of internet satellites in low-Earth orbit, the area of ​​orbit extending out about 1,200 miles from the Earth’s surface. (OneWeb made that agreement after its previous launch contract, which involved using Russian rockets, was canceled amid the Ukrainian war.)
Bezos and Musk, however, are thought to have a particularly fraught relationship, with Musk often making his barbs for Bezos public on Twitter and their companies engaging in tense competition for high-profile contracts with NASA and the US military.
Amazon’s Project Kuiper has been in quiet development for years. Federal regulators gave approval for the company to launch its satellites in 2020, and few concrete updates have been shared since.

Under the deal announced Tuesday, Arianespace, which has orbital rockets in operation but will plan to use its forthcoming Ariane 6 rocket for Project Kuiper launches, signed a deal for 18 missions.

ULA got the lion’s share of the deal, with plans for 38 launches. ULA will use its Vulcan Centaur rocket, which had been slated to fly in early 2022 but has been delayed by development hangups with the engines it will use — the BE-4 engine, which will be built by Bezos’ Blue Origin. The Vulcan Centaur could fly for the first time later this year.
Blue Origin will also use the BE-4 for its New Glenn rocket, which is now planned to enter service in 2023. Amazon signed a deal for 12 launches on that vehicle when it’s ready to fly.

It’s not clear how far along Project Kuiper is in the development process. Such constellations involve sophisticated satellite technologies as well as complex ground terminals that can track the internet-beaming satellites as they whisk around the planet.

“We still have lots of work ahead, but the team has continued to hit milestone after milestone across every aspect of our satellite system,” Amazon’s senior vice president for devices and services, Dave Limp, said in a statement.