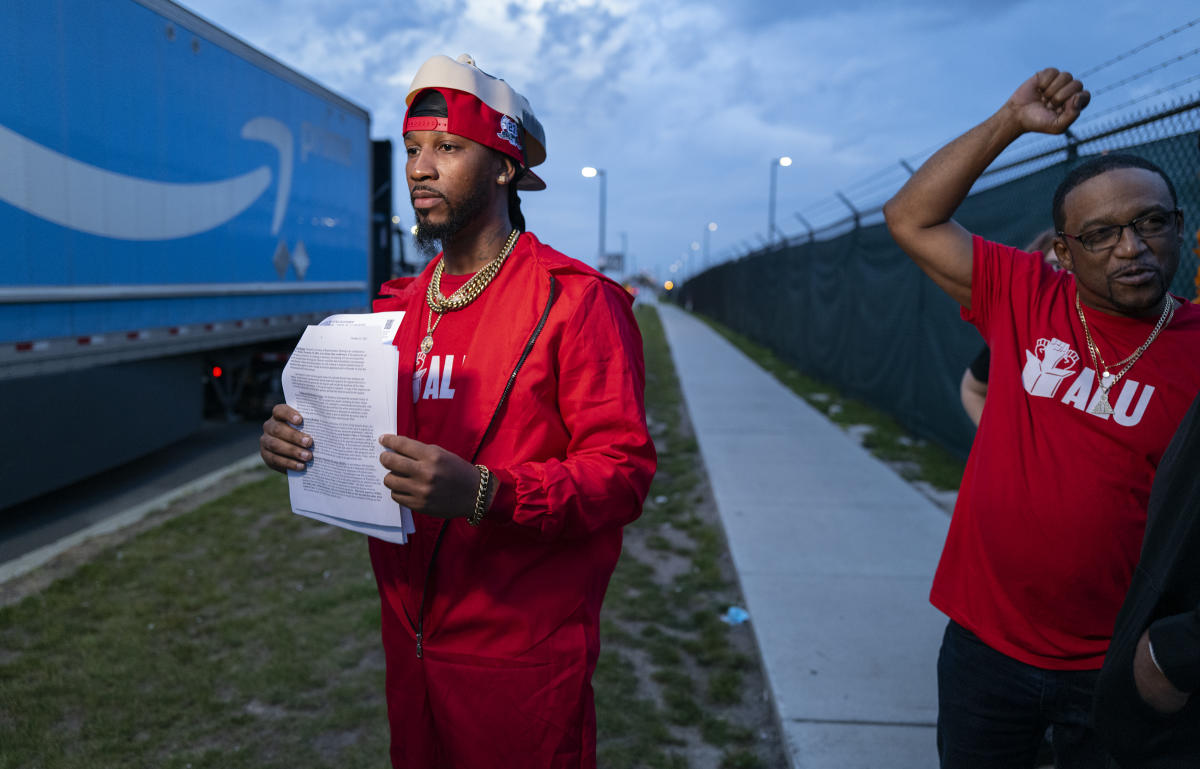 Employees at more than 100 US-based Amazon (AMZN) facilities have contacted Amazon Labor Union (ALU) President Chris Smalls about unionizing their workplaces since a historic union victory at a warehouse on Staten Island a week ago, Smalls told Yahoo Finance on Friday.

Smalls, a former Amazon warehouse worker who led the organizing campaign on Staten Island, said he plans to hold a “national call” with employees at the Amazon facilities within the next two weeks.

When asked whether he intends to visit some facilities in person and assist them with organizing, Smalls said, “Absolutely.”

Smalls’ remarks come a day after a filing from Amazon became public, revealing the company’s plans to formally object to the union election at an 8,000-worker warehouse on Staten Island. Amazon will allege that the ALU and the National Labor Relations Board illegally interfered with the vote by compromising the right of employees to a free and fair election, the filing said.

Tea filing alleviates that the ALU threatened and coerced workers into casting a “yes” vote, and interfered with workers while they stood in line to vote.

ALU did not respond immediately to a request for comment about the company’s planned objections.

Eric Milner, a lawyer representing the ALU, previously told the Associated Press that the planned objections are “patently absurd.”

“The employees have spoken and their voices have been heard,” Milner said in a statement. “Amazon is choosing to ignore that, and instead engage in stalling tactics to avoid the inevitable — coming to the bargaining table and negotiating for a contract” on behalf of the warehouse workers on Staten Island.

Meanwhile, the Retail, Wholesale and Department Store Union filed objections on Thursday over alleged interference by Amazon in a separate union election that took place at an Amazon warehouse in Bessemer, Alabama, last week. Union opponents currently lead union supporters by 118 votes in that election, but 416 challenged votes remain outstanding.

The astonishing victory on Staten Island of a worker-led, crowdfunded union over the nation’s second-largest employer last Friday achieved the first US union in Amazon’s 28-year history.

In the wake of the victory, some prominent labor leaders have voiced support for continued organizing at Amazon. Smalls and ALU Vice President Derrick Palmer put in Washington DC on Thursday with Sean O’Brien, president of the 1.3-million member International Brotherhood of Teamsters, which launched an ambitious campaign last year to organize Amazon workers nationwide.

Teamsters spokesperson Kara Deniz described the meeting on Thursday as “really productive.” The Teamsters welcome the opportunity to provide financial support of the ALU’s push for a first union contract at the Amazon facility, Deniz said. She said she is not aware of any additional commitments on the part of the Teamsters to financially support further ALU organizing.

The ALU released a statement on Saturday calling for contract negotiations for the Staten Island facility to begin in early May. When asked about the quick turnaround for negotiations, pro-bono ALU attorney Seth Goldstein said, “Amazon always calls itself nimble and innovative, we think that for an organization like Amazon with so many lawyers and HR people, it’s completely reasonable and something that should be done because our members want to get to a contract.”

Amazon did not respond to a request for comment about the contract negotiations.

Max Zahn is a reporter for Yahoo Finance. Find him on twitter @MaxZahn_.