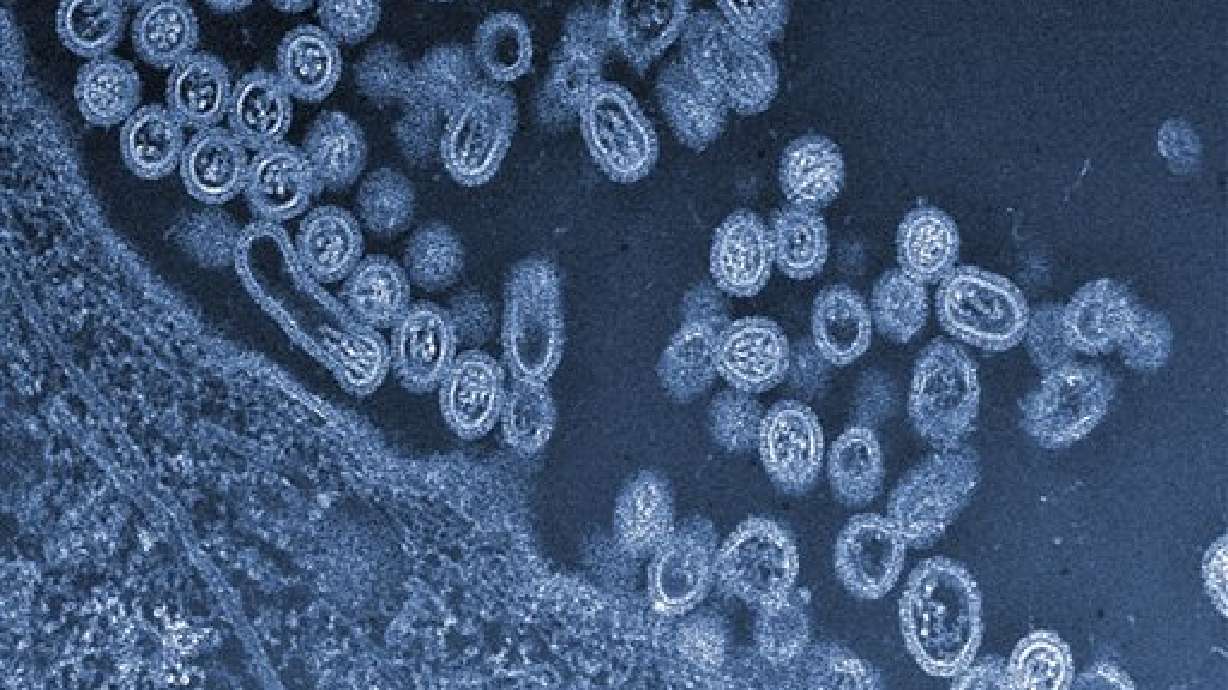 This undated handout image provided by Science and the University of Tokyo shows infectious particles of the avian H7N9 virus emerging from a cell. Another case of bird flu has been confirmed Thursday at a Logan zoo, officials said. (University of Tokyo, Science)

LOGAN — Another case of bird flu has been confirmed Thursday, this time at a Logan zoo, officials said.

The owners of Zootah, 419 W. 700 South, told the Utah Department of Agriculture and Food of the infection, and are working with state officials on a response plan and quarantine, according to a news release from the department.

The facility closed “as soon as the case was confirmed,” officials said.

The birds at the zoo are considered captive wildlife and not poultry, the release said, including some endangered species. Officials are working with the zoo owners on a specialized plan “to avoid depopulation” of the birds.

The Department of Agriculture urged bird owners to remain vigilant in checking their birds for symptoms and follow biosecurity practices. Symptoms of the infections in birds include high death rates among flocks, nasal discharge, decreased appetite or thirst, and lack of coordination.

Other cases were confirmed in Utah and Cache Counties.

Those whose birds may be experiencing those symptoms should contact the state veterinarian’s office immediately at statevet@utah.gov.

Officials noted the recent bird flu infections don’t pose an immediate public health concern according to the Centers for Disease Control and Prevention.

“As a reminder, the proper handling and cooking of all poultry and eggs to an internal temperature of 165˚F is recommended as a general food safety precaution,” the department said.