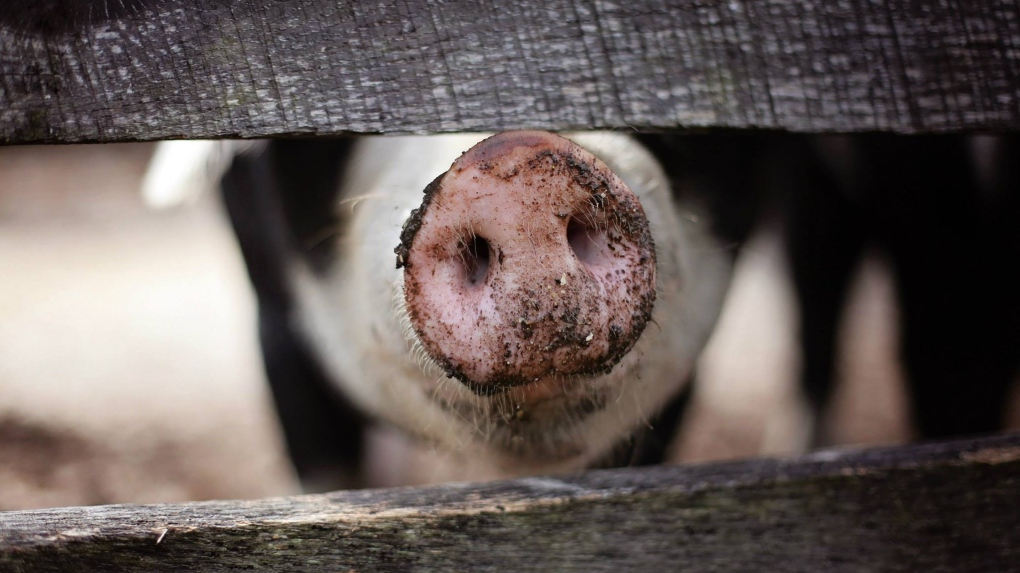 Scientists studying the C. difficile superbug say that its antibiotic-resistant genes have been found in pigs and humans, meaning that not only is transmission of the bacteria possible on a wider scale, but the genes that resist antibiotics themselves might be able to spread through an animal vector to humans.

Clostridioides difficile, or C. difficile, is a bacterium that causes gut infection, inducing symptoms such as diarrhea and inflammation of the colon, and is resistant to numerous antibiotics. Some strains have genes that allow them to cause extreme damage, and it can be life-threatening, particularly in elderly patients who are receiving antibiotics for other issues.

It is also considered one of the world’s most significant antibiotic resistance threats. In 2017, C. difficile caused more than 223,000 cases, 12,800 deaths and cost US$1 billion in health-care costs in the US, according to the US Centers for Disease Control and Prevention. A Canadian study found that between 2009 and 2015, more than 20,600 adults reported C. difficile infection developed in a health-care setting.

“Our finding of multiple and shared resistance genes indicate that C. difficile is a reservoir of antimicrobial resistance genes that can be exchanged between animals and humans”, Dr. Semeh Bejaoui, a PhD student at the University of Copenhagen and one of the authors of the study, said in a press release. “This alarming discovery suggests that resistance to antibiotics can spread more widely than previously thought, and confirms links in the resistance chain leading from farm animals to humans.”

C. difficile actually lives in many people’s intestines as part of the regular balance of the digestive system, but its growth is normally kept in check by other bacteria.

The dangerous side of C. difficile can be unlocked by a regular tool of the health-care system: antibiotics.

When a person takes antibiotics to deal with an infection, the medication destroys some of the other bacteria in the gut as well as the infection that it was targeting — and since C. difficile is resistant to antibiotics, if the balance of the intestinal system is thrown off, C. difficile can grow out of control and attack the lining of the intestines. Having recently taken antibiotics is the biggest risk factor for developing an inflammation or infection caused by C. difficile.

Researchers wanted to identify if strains of C. difficile known to have antibiotic-resisting genes as well as toxin-producing ones were present in pigs as well as humans, something that could indicate that zoonotic transmission helps C. difficile evolve into more dangerous forms and spread faster.

In the study, which is being presented this week at the European Congress of Clinical Microbiology & Infectious Diseases conference in Portugal, researchers looked at samples of C. difficile across 14 pig farms in Denmark and compared those samples to those from Danish hospital patients.

Researchers compared the results from the pigs to 934 isolates from human patients who had been struck with a C.difficile infection in that time period.

Thirteen sequence types matched between the pigs and human patients, with an animal-associated strain, ST11, being the most common. In 16 cases, the ST11 strain was identical in the humans and animals.

Out of the 54 pig samples, 38 had at least one gene resistant to antibiotics, and in general, the resistance applied to a class of antibiotics that are commonly used to treat severe bacterial infections.

Researchers believe that this indicates that the use of antibiotics in farm animals is having the unintended side effect of producing more hypervirulent strains of C. difficile which could be capable of transmitting to humans through zoonotic transmission.

“The overuse of antibiotics in human medicine and as cheap production tools on farms is undoing our ability to cure bacterial infections,” Bejaoui said.

Experts have flagged the issue of antibiotics being overused in farm animals before — in August 2021, the UN put out a joint statement with the Global Leaders Group on Antimicrobial Resistance calling for a significant reduction of antimicrobials in food production and farm animals, warning that “ the world is rapidly heading towards a tipping point where the antimicrobials relied on to treat infections in humans, animals and plants will no longer be effective.”

Bejaoui added that researchers were concerned to find some strains of C. difficile had many extra genes resistant against antibiotics which already did not affect the bacterium.

“Of particular concern is the large reservoir of genes conferring resistance to aminoglycosides, a class of antibiotics to which C. difficile is intrinsically resistant – they are not needed for resistance in this species. C. difficile thus plays a role in spreading these genes to other susceptible species,” she said.

“This study provides more evidence on the evolutionary pressure connected with the use of antimicrobials in animal husbandry, which selects for dangerously resistant human pathogens. This highlights the importance of adopting a more comprehensive approach, for the management of C. difficile infection, in order to consider all possible routes of dissemination.”

One of the big limitations of the study is that while scientists found similar strains of this bacterium in both pigs and humans, they were not able to determine a direction of potential transmission — ie, whether this bacterium can jump from animals to humans, humans to animals, or both.

“The fact that some of the strains in both human and animal isolates were identical suggests that they could be shared between groups, but until we perform deeper phylogenetic analyzes we cannot determine the direction of the transmission, which could also be bidirectional, with the bacteria being continuously exchanged and expanded in the community and farms,” Bejaoui said.