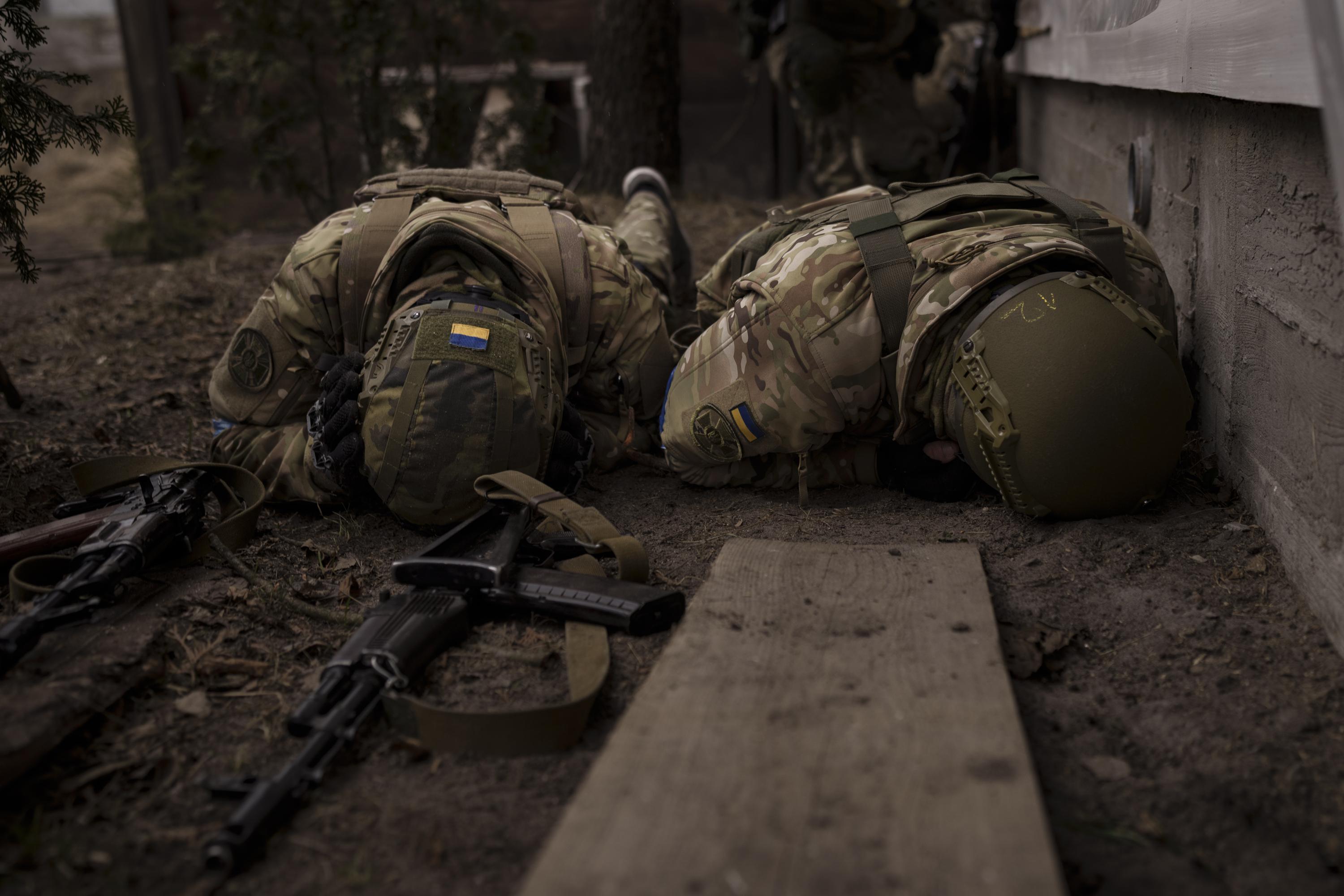 By The Associated Press

As Russian shells hit Irpin, on the outskirts of Ukraine’s capital, two Ukrainian soldiers took cover against a wall Sunday, heads down on the bare ground. Another soldier dug a foxhole.

In an Irpin park, a woman’s body lay amid downed trees and debris. Underground, many people sheltered in bases without electricity.

Irpin is also where Russian troops on Sunday opened fire on the car of US video journalist Brent Renaud, killing him and wounding a colleague.

AP photographers captured scenes of devastation in Irpin and around Ukraine on Sunday, the 18th day of the war. The shells of bombed-out buildings and a damaged kindergarten classroom in Kharkiv. Rubble in besieged Mariupol. Firefighters trying to douse flames in a ruined food storage facility in the capital, Kyiv.

Since their invasion, Russian forces have struggled in their advance across Ukraine, and have besieged several cities, pummeling them with strikes and leading to a series of humanitarian crises.

In a hospital in Brovary, the photos show doctors and nurses working on people who were injured and lost limbs.

Other images showed life for refugees in shelters in western Ukraine and in neighboring countries. A boy worked on a puzzle; a family huddled behind a pile of suitcases; a mother read to her young child in a room crowded with beds.