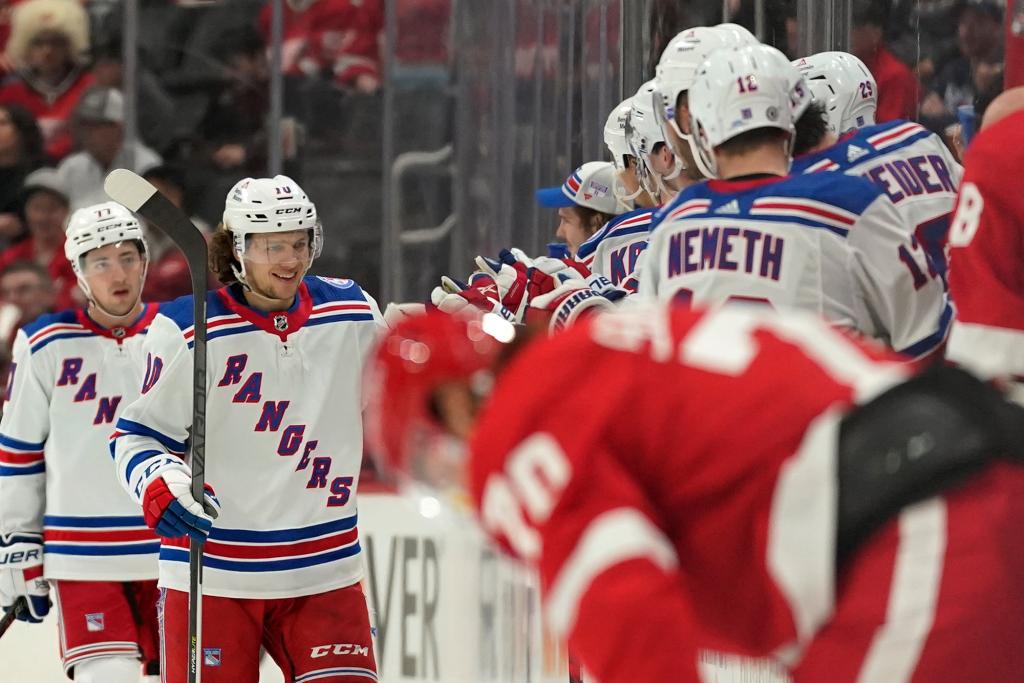 DETROIT — Recently acquired forward Andrew Copp’s first impressions of Artemi Panarin was the same as many others: There’s no other player quite like him.

So when he dished the puck to the Rangers star winger entering the offensive zone during three-on-three overtime against the Red Wings on Wednesday night, Copp immediately joined the rush. Panarin hits Copp right on the tape for the quick tap-in to give the Rangers a 5-4 victory at Little Caesars Arena.

“Copper made a good pass, and then I was surprised when I [lifted] my head I [saw] him backdoor,” Panarin said after the win. “He has good speed, which is nice.”

The Rangers are now 4-3 in games decided in overtime this season, with two of those victories coming in the last three matchups.

Copp lined up in the middle between Panarin and Dryden Hunt for the second straight game with Ryan Strome still sidelined with an undisclosed lower-body injury he sustained against the Sabers on Sunday. Panarin said he thought they’ve played well together since joining forces.

In 8:22 of ice time, according to Natural Stat Trick, the trio held a 4-3 scoring-chance advantage, as well as a 2-1 edge in high-danger opportunities.

Forward Greg McKegg, who had been a healthy scratch in the previous four games, drew back into the lineup in place of Jonny Brodzinski.

The Rangers have surpassed the 90-point mark for the first time since the 2016-17 season, when they recorded 102, and the 24th time in franchise history.