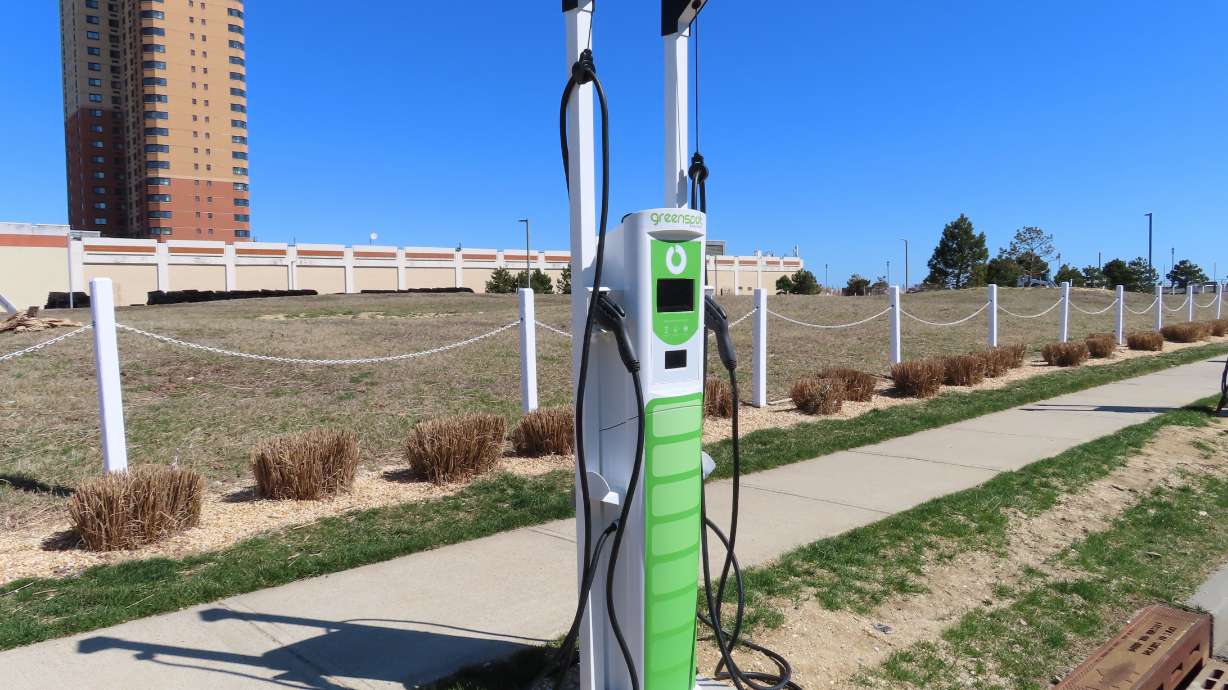 An electric vehicle charging station is pictured on Monday in Asbury Park, NJ Communities across the US are adding such stations in an effort that began well before gasoline prices surged this year. (Wayne Parry, Associated Press)

ASBURY PARK, NJ — A wave of new electric vehicle charging stations across the country is coming as interest in alternatives to gasoline-powered vehicles is on the rise and could heighten further due to a global spike in gasoline prices.

Though most of the plans were in the works before already high gas prices surged because of the war in Ukraine, the timing may work in favor of electric vehicle makers and other proponents of ditching fossil fuels.

From coast to coast, cities big and small are adding charging stations for electric vehicles. Strong demand is forecast for the vehicles, despite their higher prices and limited availability, meaning even more communities will feel pressure to add charging stations or risk having motorists pass them by in favor of plug-in-friendly places.

The publicly funded investments come as gasoline prices in most of the country are above $4 a gallon and significantly more in some spots.

On Monday, New Jersey officials awarded $1 million in grants to install electric vehicle charging stations in 24 tourist areas around the state. The idea was to help spur tourism by reassuring visitors who own electric vehicles that they can come to a vacation spot in New Jersey and not run out of power to get back home.

“Don’t worry about it,” said Joseph Fiordaliso, president of the New Jersey Board of Public Utilities. “We have the equipment here so that you don’t have to have range anxiety.”

The money comes from the state budget. On Tuesday, NJ Transit, the state’s public transportation agency, will unveil electric charging stations at a bus depot in Camden, outside Philadelphia.

There are now about 625 vehicle charging stations in New Jersey

On the federal side, the city of Hoboken, just outside New York City, is getting up to six new charging stations in a deal also announced Monday. US Sen. Robert Menendez said the money from a federal spending bill “will help ease our transition to electric vehicles, reduce emissions, and create a cleaner environment for our children.”

Governments across the country are doing likewise. Bellingham, Washington, will add 90 charging stations over the next two years. Portland, Maine, recently entered into a 10-year agreement with a company that will install, operate and maintain more than 40 electric vehicle charging stations on publicly owned property.

It’s happening in other countries, too. Glasgow, Scotland, is adding 164 new stations this year.

Almost half a million electric vehicles were sold in the US last year, according to Kelly Blue Book.