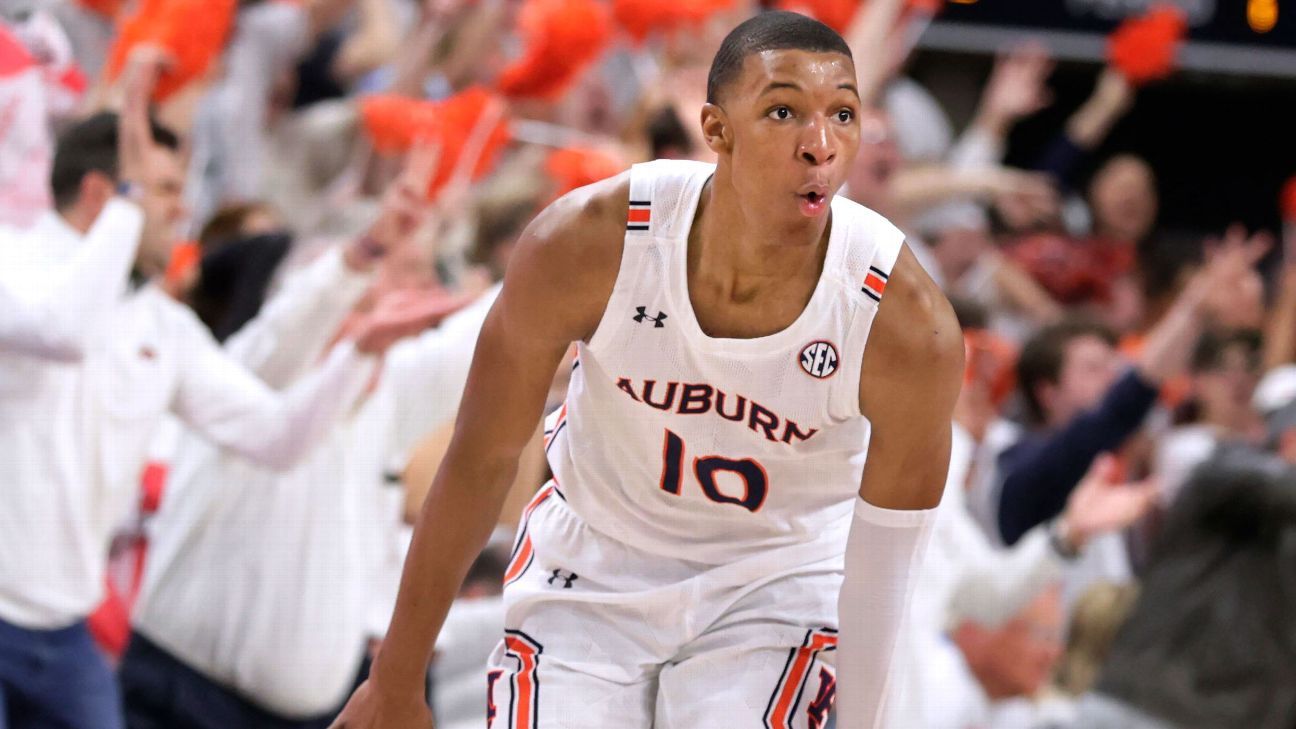 AUBURN, Ala. — Auburn freshman Jabari Smith, who led the Tigers to their first No. 1 ranking in men’s basketball, is entering the NBA draft.

Smith, who is projected as a potential No. 1 overall pick, lived up to his billing as the highest-rated recruit in program history. He announced his decision in a video posted Tuesday on social media.

“Auburn will forever be my home and will be a place that is going to be a part of me forever,” Smith said in the video. “The long hours in the gym and the weight room have given me this opportunity and the chance to chase my dream of playing in the NBA. But none of this would have ever been possible without the love and the sacrifices that were made by my dad and my mom.

“They molded me into the man and person I am today, and I’ll never be able to thank them enough.”

A consensus All-American, Smith was named the Southeastern Conference Freshman of the Year. The Fayetteville, Georgia, native was rated as the nation’s No. 5 recruit, according to the 247Sports composite rankings.

Smith and 7-foot-1 center Walker Kessler comprised one of the nation’s top frontcourts. Kessler, a North Carolina transfer, had already announced his plans to enter the draft.

“I came into this season wanting to make history and give this school the recognition it deserves in basketball, and Auburn did that,” Smith said. “I also want to give a special thanks to the best coaching staff and support staff in the country. You all have made this year one I will never forget.”

Auburn won the SEC regular-season title and spent three weeks atop the AP rankings before falling to Miami in the second round of the NCAA tournament as a No. 2 seed.