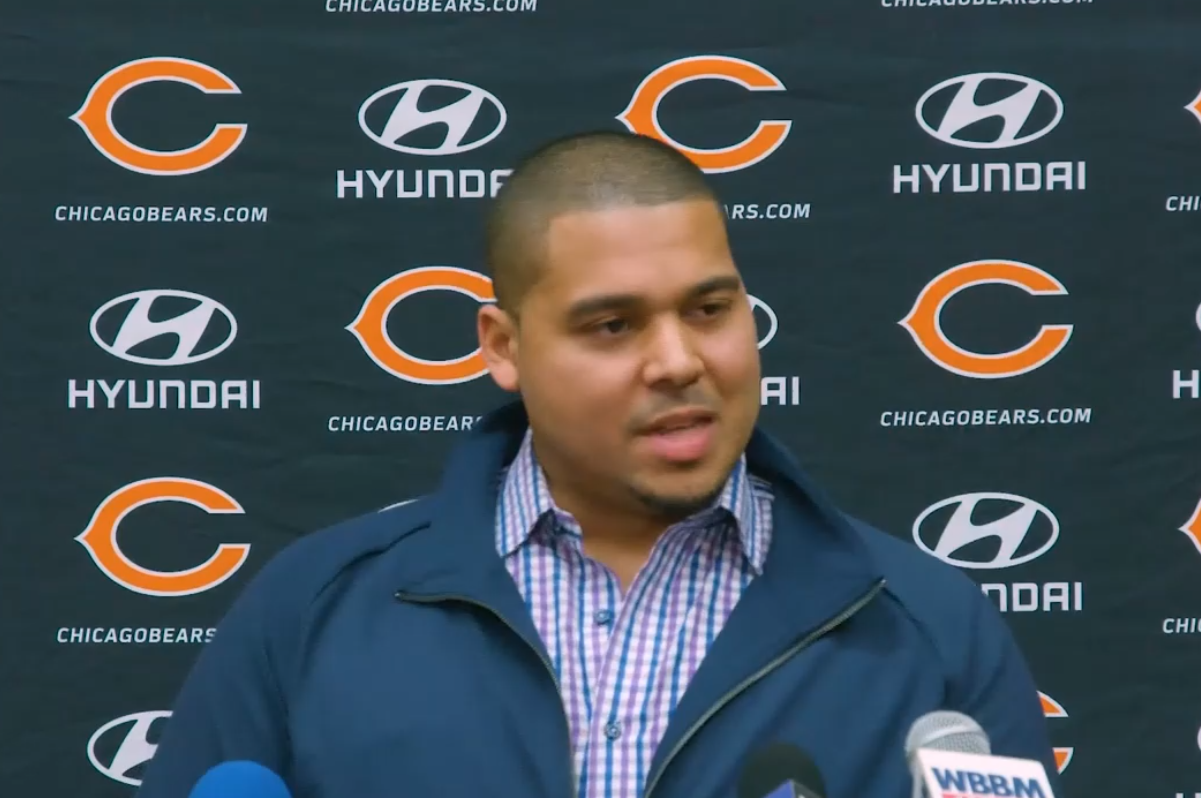 When he took over as GM of the Chicago Bears, Ryan Poles didn’t take long to make an impression. He made his goals clear. That is to build a tough, violent, and fast football team. Then it’s to take complete control of the NFC North. After that, the goal of winning championships becomes obvious. Perhaps what stands out the most about the 36-year old is his personality. It is shocking how different he is from Ryan Pace.

Nobody ever accused the former GM of being absent-minded, but it was apparent that Pace came across as laid back and even aloof at times. He had no trouble smiling and handled the media with practiced ease. The same can’t be said of his successor. Poles has a hard edge to him. It comes across in every interview he’s given thus far. Apparently, that isn’t only for the cameras. According to Adam Hoge of CHGO, he is like that all the time.

People new to him at Halas Hall are still adjusting to it.

“Sources inside Halas Hall have described Poles as determined and extremely serious. One source even painted him as “hard to read.” But no one has questioned the amount of work Poles is putting in to remake the Bears’ roster, even if the number of early moves in free agency were limited.”

Ryan Poles carries himself like somebody with a chip on his shoulder. A man with something to prove. It shouldn’t be a surprise. He is one of the rare black GMs in the NFL. This person arrived in the NFL as an undrafted free agent and flamed out after one year. He then transitioned to scouting and spent over a decade working his way up the ladder to take over the same franchise that was once the site of his greatest failure.

Remember, the Bears were the team that cut him back in 2008. Since that day, he’s strived to get where he is now, and he is dead set on showing everybody he deserves that job. Getting hired isn’t enough. He plans to drag this franchise kicking and screaming back to success if he has to. Nobody is going to stand in his way. It isn’t his job to be buddies with everyone in the building. It is to craft a winning organization.

Somebody else can handle lightening the mood if they wish. He’ll stay focused on the big picture. It is comforting to know somebody like that is in charge.