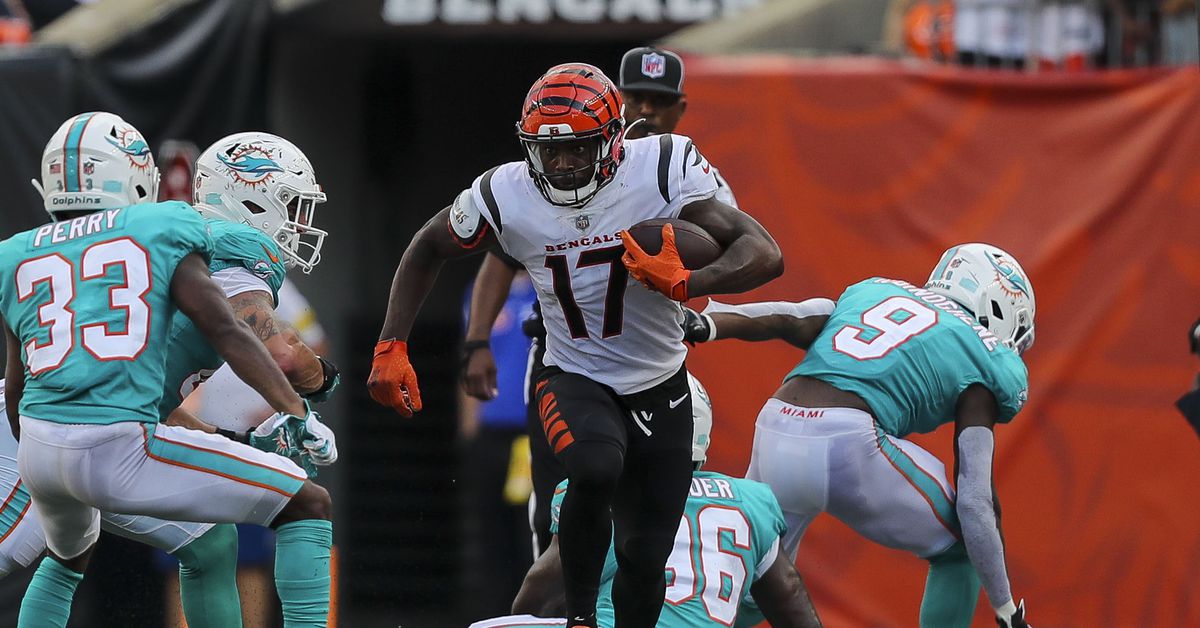 Per Pro Football Focus reporter Doug Kyed, Morgan is inking a two-year deal to stick with the Bengals.

Tea #Bengals are re-signing WR Stanley Morgan to a two-year contract, per source.

Morgan, a fourth-year player out of Nebraska, was originally an undrafted free agent signee of the Bengals in 2019. As a rookie, Morgan eventually cracked the team’s 53-man roster and played in 11 games as a key special teams contributor. He spent most of 2020 on the practice squad, but appeared in six contests during that season as well.

In 2021, Morgan made the initial roster and played in all 17 games. His role on special teams has maintained throughout his three-year career and he should continue now that he has some contractual stability.

Morgan entered this offseason as a restricted free agent. The Bengals declined to tender him, which enabled Morgan to enter unrestricted free agency last Wednesday. It seemed unlikely that the Bengals would let him get away, and signing him to a two-year deal likely makes him cheaper on the salary cap this year.

Per Pro Football Network insider Aaron Wilson, Morgan prioritized returning to Cincinnati and was rewarded with bonuses to go with his salary.

Bengals re-signed Stanley Morgan Jr. to a two-year contract, deal includes a signing bonus and workout bonuses, per league source. Morgan prioritized remaining with the Bengals and it’s an exciting moment for him to stay with a team that reached Super Bowl last season

Cincinnati appears to be running it back with the same receiving corps from last year as Morgan re-joins Trent Taylor, Mike Thomas, and Trenton Irwin, who’ve all been re-signed this offseason. Since three of these receivers are on one-year deals, don’t be surprised to see a receiver selected sometime during the upcoming NFL Draft.