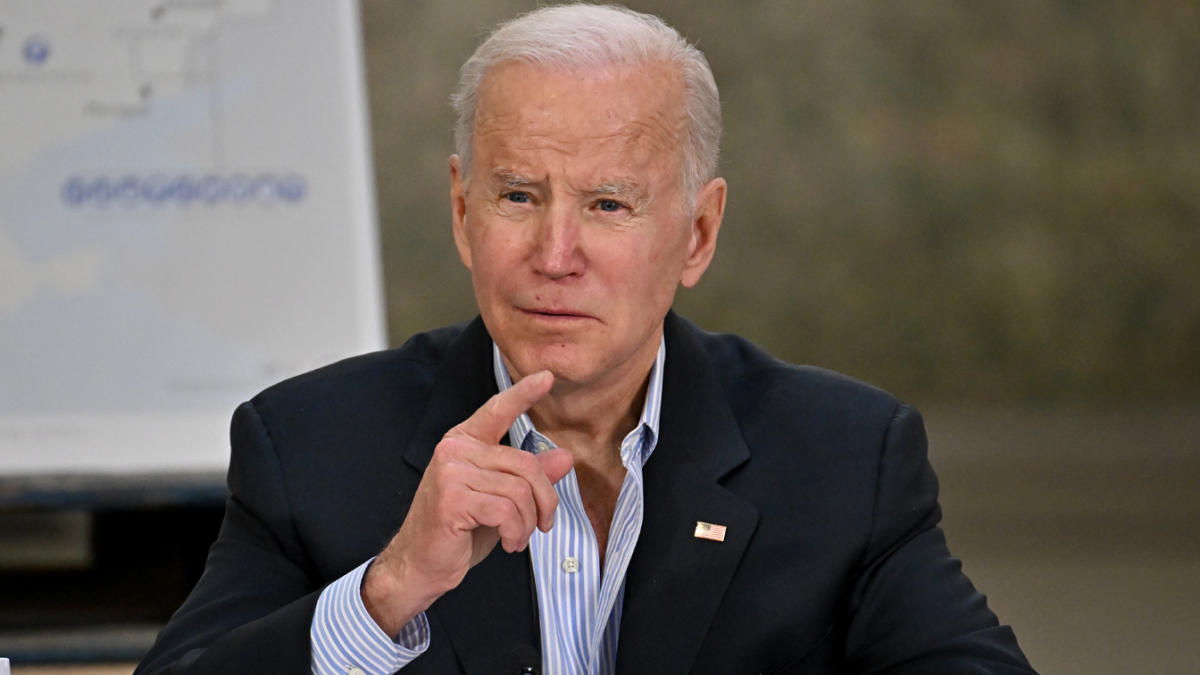 President Biden and European Commission President Ursula von der Leyen announced on Friday morning the formation of a joint task force to reduce Europe’s dependence on Russian fossil fuels. The goal is to craft a set of policies that will allow Europe to import less oil, coal and gas from Russia as soon as next winter. (European imports of oil and natural gas peak in winter when many countries rely on those fuels for home heating.)

“We’re going to have to make sure the families in Europe can get through this winter and the next while we’re building the infrastructure for a diversified, resilient and clean energy future,” Biden said at the US chief of mission residence in Brussels, where the European Union is headquartered.

Some of the commission’s actions may conflict with the goal set forth by Biden and the EU of combating climate change. Europe’s greatest vulnerability to Russia is its reliance on Russian gas, which — unlike oil and coal — typically moves through pipelines rather than via tankers and therefore can’t be just immediately bought from other suppliers. To reduce Europe’s demand for Russian gas, the task force will try to reduce Europe’s gas usage, which would reduce the greenhouse gas emissions that cause climate change. But the US and EU are also partnering to increase US exports of liquefied natural gas (LNG) to Europe, which would increase emissions. Environmentalists worry that building new infrastructure such as LNG export terminals could lock in a reliance on gas for decades to come.

The announcement from Biden and von der Leyen drew applause from the oil and gas industry, which is often opposed to Biden’s energy policies.

“We welcome the president’s focus on expanding US LNG exports to our European allies during this crisis,” said American Petroleum Institute president and CEO Mike Sommers in a statement. “We stand ready to work with the administration to follow this announcement with meaningful policy actions to support global energy security, including further addressing the backlog of LNG permits, reforming the permitting process, and advancing more natural gas pipeline infrastructure.”

Some environmental activists, on the other hand, condemned the administration’s move. “President Biden is going to regret siding with Big Oil and Wall Street over communities and the climate. Betting on liquified methane gas is akin to driving on a bridge to nowhere. The window is rapidly closing to end our addiction to climate-changing fossil fuel resources, yet President Biden is propping up the industry that caused this mess,” said Kate DeAngelis, international finance program manager at Friends of the Earth, in a statement. Referencing aid to Europe in the wake of World War II, she added, “We need a Marshall Plan for renewable energy, not more of the same.”

The White House tried to preempt such criticism by arguing that it would reduce the emissions of natural gas by clamping down on the leakage of methane, a potent short-term greenhouse gas. “The United States and the European Commission will undertake efforts to reduce the greenhouse gas intensity of all new LNG infrastructure and associated pipelines, including through using clean energy to power on-site operations, reducing methane leakage, and building clean and renewable hydrogen-ready infrastructure,” the White House wrote in a fact sheet released Monday morning.

The White House also pledged to help European consumers use less gas through improved energy efficiency and by switching to cleaner energy sources, such as electric heat pumps, which do not burn fossil fuels. “Immediate reductions in gas demand can be achieved through energy efficiency solutions such as ramping up demand response devices, including smart thermostats, and deployment of heat pumps,” the fact sheet read.

To date, most US political debate on the energy policy response to Russia’s invasion of Ukraine and the spike in oil prices it has caused has revolved around solutions that would take years to implement. Republicans and oil and gas companies urge approval of new oil and gas pipelines and drilling permits, while Democrats and climate activists call for expanding production of renewable energy technologies, such as solar panels and wind turbines.

All those efforts would take years to manifest. In the current crisis, there is relatively little that can be done. The United States recently banned imports of Russian fossil fuels, while the EU announced it would reduce those imports but not ban them altogether, since several member states fear the economic consequences of a boycott on Russian energy.

“The strategy that we’re announcing today to address the near term is to reduce demand for fossil fuels — natural gas in particular — and also filling in for natural gas that would have come from Russia in the very near term to avoid people getting cold this winter and next winter before clean energy is deployed at scale,” said a senior Biden administration official during a Friday morning background press call.

While the US is already fulfilling its maximum capacity to export LNG, the EU has now committed to buying more American LNG in the next few years and building the LNG import terminals necessary to do so. That, the administration argued, should give American producers the assurance they need to invest in expanding their capacity to export liquefied natural gas to Europe.

To address climate concerns, another official on the call argued that the same infrastructure could be switched to later move hydrogen, a fuel source that can be dirtier or cleaner than gas, depending on how it is produced.

Left-leaning American energy experts, who are usually allies of the president, backed the administration’s goals of bolstering European energy independence and reducing fossil fuel consumption in the longer run but cautioned that expanding LNG export-import capacity could take longer than the current conflict will last and will exacerbate climate change.

“We need to support Europe in not being beholden to President Putin at this point, but locking in fossil fuel infrastructure that is not going to come online during this present crisis is not the response that we were hoping to see,” Anne Christianson, the director of international climate policy at the Center for American Progress, told Yahoo News earlier this week.

Christianson argued that in the short term increased natural gas exports to Europe are needed but that the US should avoid building new fossil fuel infrastructure that will take years to complete. She pointed to a recent report from the International Energy Agency that laid out a 10-point plan to reduce European dependence on Russian gas, including measures such as retrofitting buildings to improve energy efficiency, speeding up deployment of renewable energy and increasing nuclear energy production.

“The US should support measures like that in the way that we best can, like manufacturing heat pumps so that we can do a rapid deployment of them in Europe,” Christianson said.