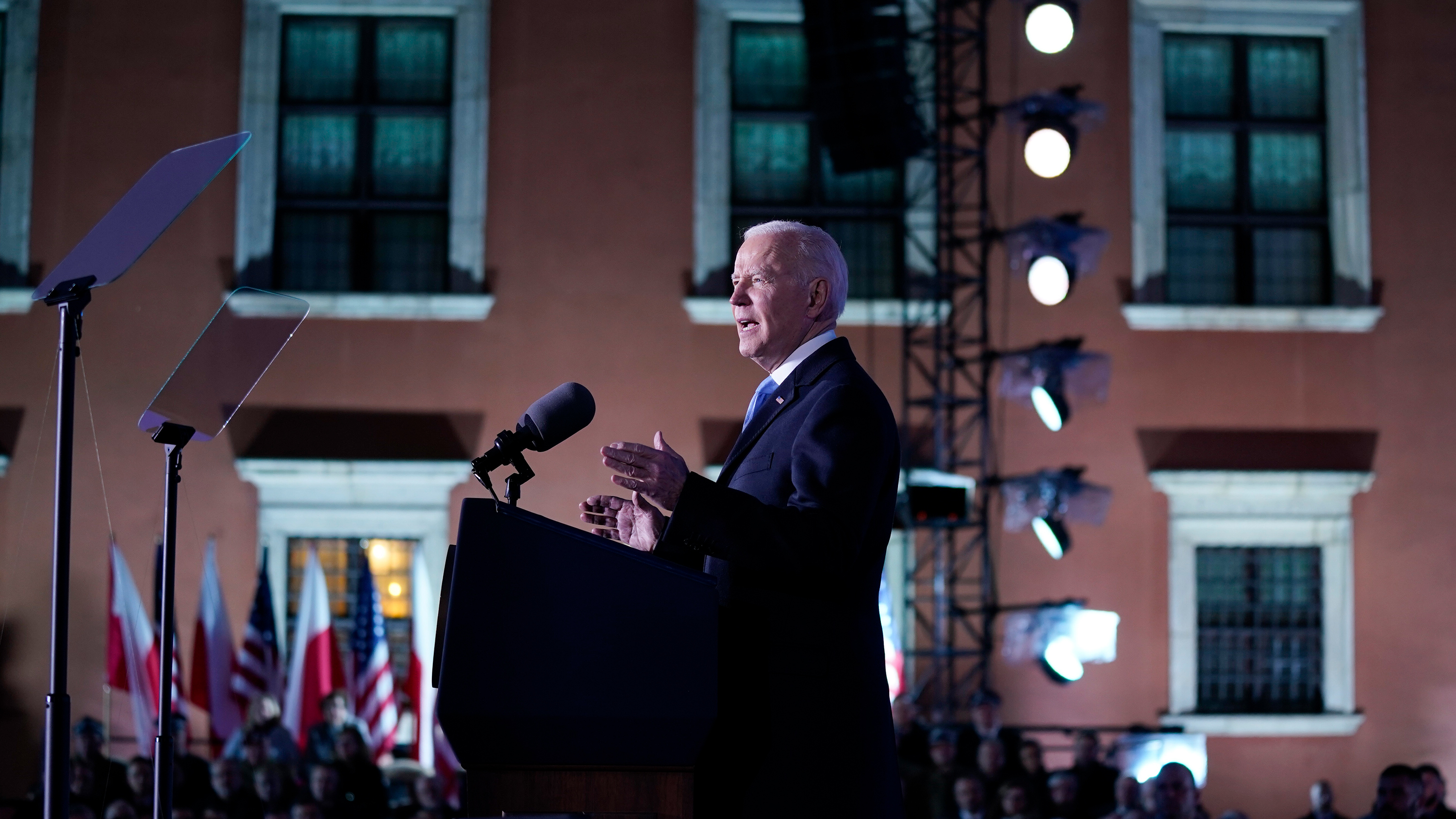 US President Joe Biden, speaking in Warsaw, said that Russia has “strangled democracy” in its invasion of Ukraine and called out Russian President Vladimir Putin’s lies in justifying the war.

“Today, Russia has strangled democracy and sought to do so elsewhere, not only in his homeland. Under false claims of ethnic solidarity, he’s invalidated neighboring nations. Putin has the gall to say he’s ‘denazifying Ukraine.’ It’s a lie. It’s just cynical. He knows that. And it’s also obscene. President Zelensky was democratically elected. He’s Jewish. His father’s family was wiped out in the Nazi Holocaust. And Putin has the audacity, like all our autocrats before him, to believe that might will make right,” he said.

Biden then referenced US President Abraham Lincoln, who said “right makes might.”

“A criminal wants to portray NATO enlargement as an imperial project aimed at destabilizing Russia. Nothing is further from the truth. NATO is a defensive alliance. It has never sought the demise of Russia,” Biden said.

Putin made the choice to engage in war, Biden said.

“It’s nothing less than a direct challenge to the rule-based international order established since the end of World War II, and it threatens to return to decades of war that ravaged Europe before the international rule-based order was put in place. We cannot go back to that. We cannot,” he said.

He then outlined steps to stymie Russia, including sanctions and other economic actions.