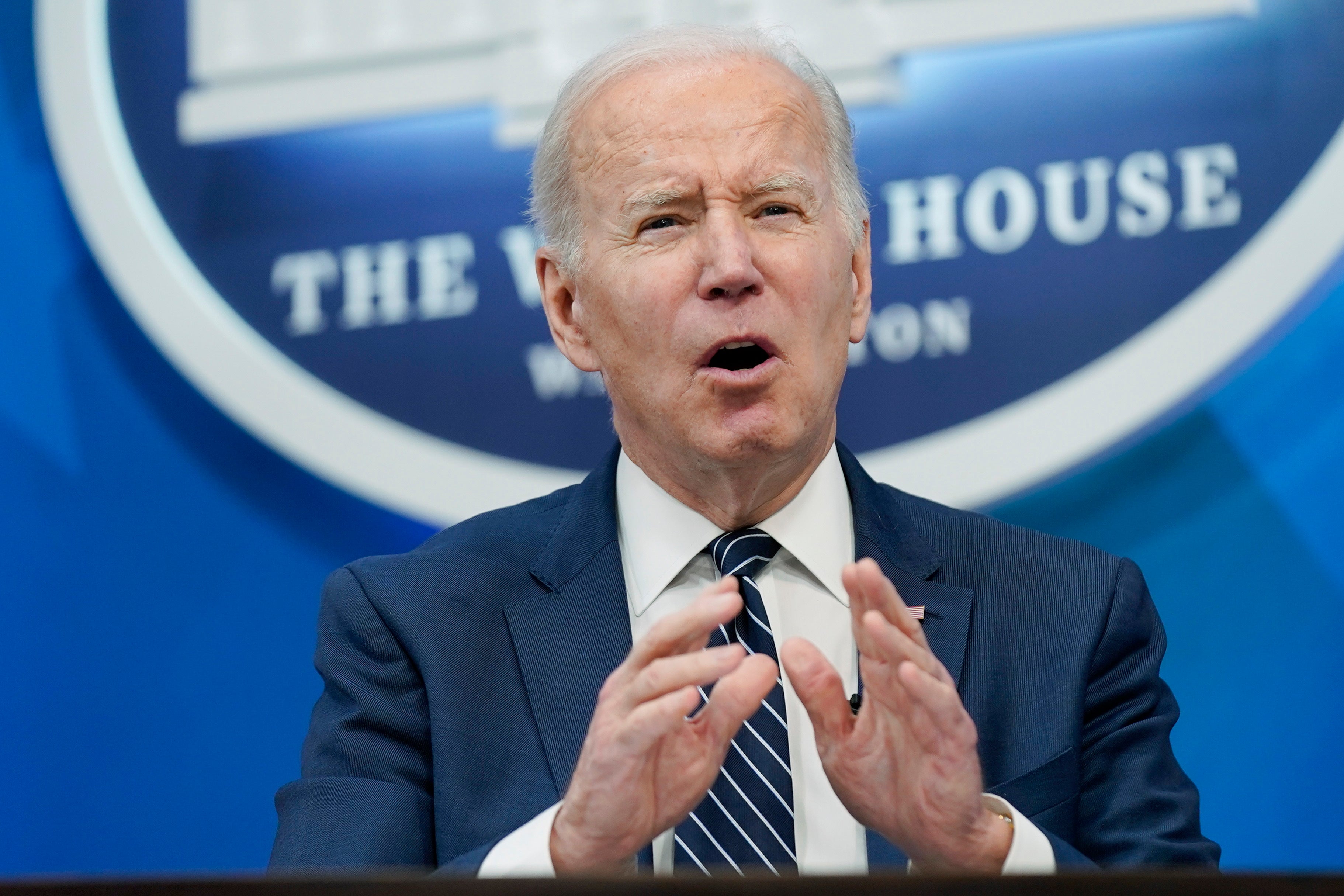 While the world remains focused on the tragic situation in Ukraine, the Biden administration is preparing to launch America’s first government-backed digital currency. If a new digital dollar is rolled out, it could substantially reduce individual rights and give the Federal Reserve and the national government significantly more power over the US economy.

AUSTIN MAY BE NEXT MAJOR CITY TO EMBRACE CRYPTOCURRENCY

US President Joe Biden speaks while meeting with business leaders and governors in the Eisenhower Executive Office Building in Washington, DC, US, on Wednesday, March 9, 2022. The Biden administration’s long-awaited executive order for governme (Ting Shen/Bloomberg via Getty Images/Getty Images)

The White House’s intrusion in the use of blockchain technology should be enough to worry advocates of free markets, but there’s an even more troubling part of Biden’s executive order: the potential development of an entirely new, digital currency.

The EO states the White House has placed “the highest urgency on research and development efforts into the potential design and deployment options” of a novel central bank digital currency (CBDC). It further instructs numerous federal departments, including the Treasury Department, to work on the development of a “report on the future of money and payment systems, including the conditions that drive broad adoption of digital assets.”

The Treasury Department must submit the report within 180 days, about six months.

Chia Network COO and president Gene Hoffman discusses if cryptocurrencies could be a sanctions loophole for Russia on ‘The Claman Countdown.’

The White House is also asking the chairman of the Federal Reserve to “develop a strategic plan for Federal Reserve and broader United States Government action, as appropriate, that evaluates the necessary steps and requirements for the potential implementation and launch of a United States CBDC. ” And within 210 days of the executive order, a CBDC “legislative proposal” must be presented to the president.

This is a truly remarkable and deeply troubling development. If a CBDC were to be created, it would dramatically expand the power and influence of the federal government and Federal Reserve, in ways most Americans won’t understand until it’s too late to roll the CBDC back.

Unlike blockchain-based digital currencies such as Bitcoin, which are by design decentralized, a central bank digital currency would likely be programmable, meaning that it could be designed so that Americans could only use it for specific purposes. And it would be easy for banks and government agencies to track digital dollars and the people using them, unlike printed US dollars available today.
Although some might be tempted to dismiss these fears as too far-fetched to be of serious concern for a country like the United States, there is strong evidence that the White House and Federal Reserve have already considered making a new digital dollar programmable, in line with their various social and economic goals.

A representation of the virtual cryptocurrency Bitcoin is seen in this picture illustration taken October 19, 2021. REUTERS/Edgar Su (REUTERS/Edgar Su/Reuters Photos)

For instance, Biden’s executive order states that a CBDC should be designed to advance “financial inclusion and equity” and with “climate change and pollution” in mind.

A “fact sheet” released by the White House about the executive order also stated that its EO will “Promote Equitable Access to Safe and Affordable Financial Services” and that the government’s report about the development of a digital dollar must “include implications for economic growth ” and “financial growth and inclusion.”

A senior administrative official also told reporters that the White House has and will continue to “partner with all stakeholders — including industry, labor, consumer, and environmental groups, international allies and partners” when developing plans for a central bank digital currency.

Association for Digital Asset Markets CEO Michelle Bond lays out what legalizing cryptocurrency will do for the Ukrainian government on ‘Fox Business Tonight.’

Why would unions, environmental groups, and business lobbyists be involved in the creation of a new currency, unless that currency is programmable?

A central bank digital currency could also transform America’s monetary system in important ways. Rather than use interest rates and complex monetary tools to help improve employment rates and keep inflation at target levels, a central bank digital currency could be created at will, with nothing more than a push of a button, and possibly even distributed directly to Americans— giving the Fed more control over the economy than ever before.

Perhaps most disconcerting of all is that a programmable central bank digital currency could be altered at any point in the future, giving it the potential to be politicized or to be subject to even greater restrictions.

The United States has become the world’s most successful society by empowering individuals and businesses, especially small businesses. A central bank digital currency would do just the opposite, putting even greater authority in the hands of a small number of banks, government officials, and bureaucrats. Biden’s plan for a central bank digital currency must be stopped.

Justin Haskins is the director of the Stopping Socialism Center at The Heartland Institute and the co-author, with Glenn Beck, of the forthcoming book, “The Great Reset: Joe Biden and the Rise of 21st Century Fascism.”