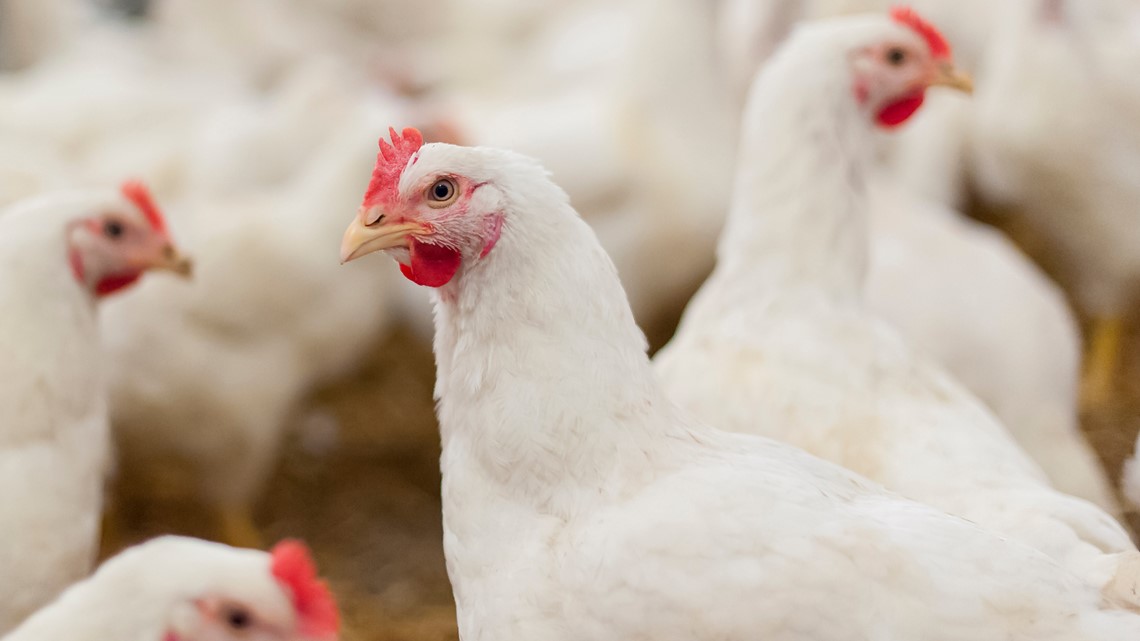 The virus was detected at a commercial table egg layer operation that housed 1.36 million birds.

WELD COUNTY, Colo. — The State Veterinarian has issued a quarantine order for poultry in parts of Weld County after a deadly bird disease was detected at a facility there.

According to a report from the Colorado Department of Agriculture, the State Veterinarian’s Office received a report of an unusually high number of chickens dying at a commercial egg laying operation in Weld County on April 28.

The detection of Highly Pathogenic Avian Influenza (HPAI), a type of bird flu, was confirmed by the National Veterinary Services Laboratory the next day, the report says.

The facility houses 1.36 million birds and produces eggs for food, according to the report. Euthanasia of the chickens began on May 1.

People who don’t directly interact with birds are unlikely to catch the virus and properly cooked poultry is still safe to eat, experts say.

> Video above: 9Health expert discusses the detection of bird flu in Colorado.

The quarantine order is intended to limit the movement of birds in and out of the area, the report says.

HPAI virus strains are extremely infectious and often fatal to chickens. They can spread rapidly from flock to flock.

It has been detected in four Colorado counties: Weld, Pitkin, Montrose and La Plata. It has affected 1.42 million commercial chickens and 74 backyard poultry, according to the report. Before the Weld County detection, the largest operation to be affected was a 60,000-bird flock in Montrose County.

According to the Centers for Disease Control and Prevention (CDC), this avian flu strain can be deadly to humans, but these infections only occur when people have close contact with sick birds, and it’s rare for the disease to spread from human to human. No cases of HPAI in people have ever been reported in the US

The State Veterinarian’s Office has asked all poultry and bird owners to take measures to keep the disease out of Colorado’s domestic poultry.

RELATED: Bird flu in Colorado: How you can protect your flocks

Commercial and backyard poultry owners in Weld County are encouraged to report the status of their flocks here.

Subscribe to our daily 9NEWSLETTER for top stories from 9NEWS curated daily just for you. Get content and information right now for can’t-miss stories, Next and Broncos content, weather and more delivered right to your inbox.

HOW TO ADD THE 9NEWS APP TO YOUR STREAMING DEVICE

ROKU: add the channel from the ROKU store or by searching for KUSA.

For both Apple TV and Fire TV, search for “9NEWS” to find the free app to add to your account. Another option for Fire TV is to have the app delivered directly to your Fire TV through Amazon.