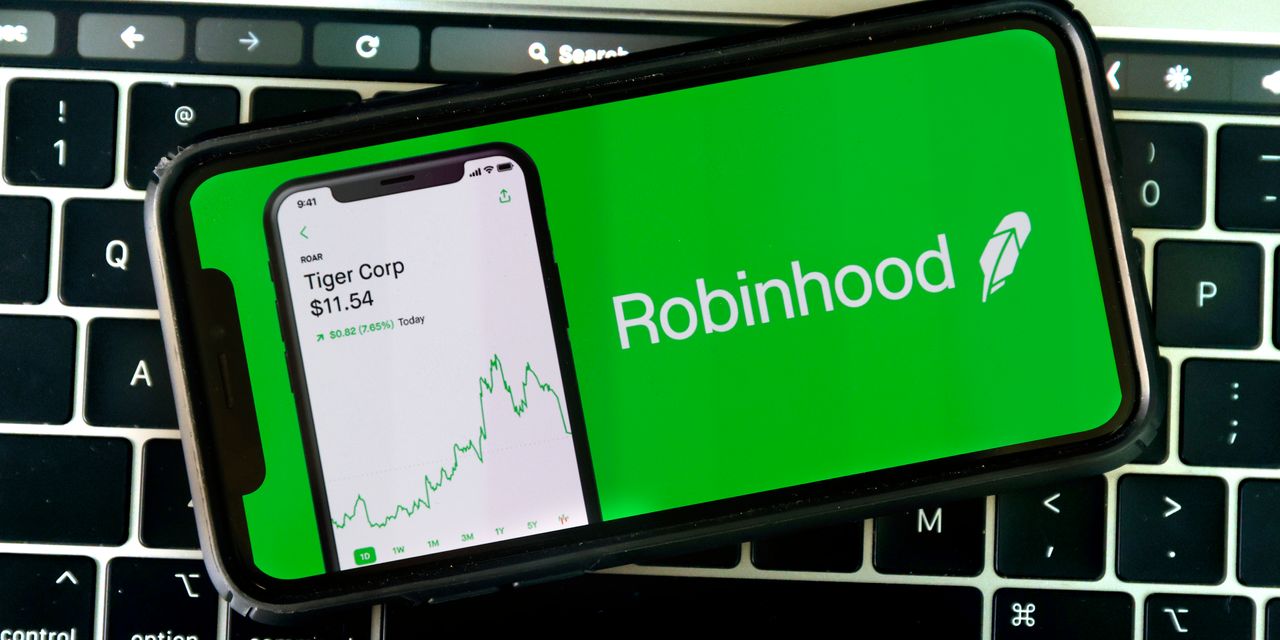 
Robinhood has connected the retail traders who use its platform to digital assets—but its new crypto wallet hasn’t stopped the stock from tumbling as the crypto space slows down.

After giving its crypto wallet to 1,000 customers test earlier this year, Robinhood (ticker: HOOD) now has given one to every eligible person on its wait list. The company made the announcement at the Bitcoin 2022 conference in Miami.

Digital wallets allow users to send and receive any of the cryptocurrencies available to trade on Robinhood as well as participate in the wider crypto ecosystem, such as tipping on social media or buying nonfungible tokens. Due to regulatory issues, the wallets aren’t available in Hawaii, Nevada, or New York, the group said.

“Our goal is to make Robinhood the most trusted and easiest to use crypto platform,” Vlad Tenev, the company’s co-founder and CEO, said in a statement.

The move from Robinhood may connect its users to the digital asset ecosystem, but it’s unclear how much it would change the company’s bottom line.

Cryptocurrencies make up less than 20% of Robinhood’s total transaction-based revenue, which topped $264 million in the final quarter of 2021. And while the company’s crypto trading business has recently seen outsize growth—the segment increased more than 300% year over year in the last quarter—there are reasons to believe that has slowed down markedly.

(COIN) in the first three months of 2022 fell 40% from the previous quarter. His estimate, based on exchange data, is 20% below the current consensus.

There is nothing to suggest the same downward trend wouldn’t be seen at Robinhood, too. Even more troubling for Robinhood is that declines at Coinbase are being led by retail investors, a segment in which volumes likely fell 46% from the end of last year, by Brendler’s estimate. Retail investors make up the core of Robinhood’s business.

The slowdown in trading by individual investors—which saw a boom in early 2021—will weigh on Robinhood stock, even as the company moves closer to its dream of letting users trade 24 hours a day, seven days a week.

On Thursday, analysts at Goldman Sachs downgraded Robinhood to Sell from Neutral, explaining that “softening retail engagement levels” and a limited path to near-term profitability probably would be drags on the stock’s performance in the next year. The investment bank also slashed its price target to $13—66% below the company’s initial public offering price.

“Fading retail engagement, particularly among Robinhood’s lower end consumer customer base, could represent further headwinds,” said the Goldman Sachs team, led by Will Nance. “While the company has negotiated much better economics on crypto trading, we see the decline in broader industry crypto volumes largely offsetting this tailwind.”

Robinhood isn’t alone in feeling the pressure. Analysts have trimmed their estimates for Coinbase performance, and shares are down 35% in 2022—again because of the slowdown in crypto trading.

“Trading activity levels in [the first quarter of 2022] have been more mixed, particularly on the crypto side, where industry volumes are down over 40% [from last quarter] on the back of lower prices and volatility,” said the Goldman Sachs team. “We see most companies [in the digital assets and brokering space] missing top-line estimates in 1Q, and are most below consensus for

A trading slowdown comes as more companies muscle into the digital asset and payments space. More mainstream financial companies, including

(PYPL), are expanding into crypto, which is no longer the reserve of a niche group of smaller players.

PayPal offers wallet services that Robinhood could find itself competing against—and Jack Dorsey’s Block (SQ) has said it would allow for the automatic conversions of paychecks into Bitcoin through its Cash App.

Competition is accelerating just as a slowdown is coming. While Robinhood was a trailblazer, it is less profitable than some peers and faces a challenge from more established financial players.

Robinhood stock fell 8% on Friday after declining 3.5% on Thursday—now down almost 40% this year. Coinbase shares retreated 2% on Friday.

Write to Jack Denton at jack.denton@dowjones.com