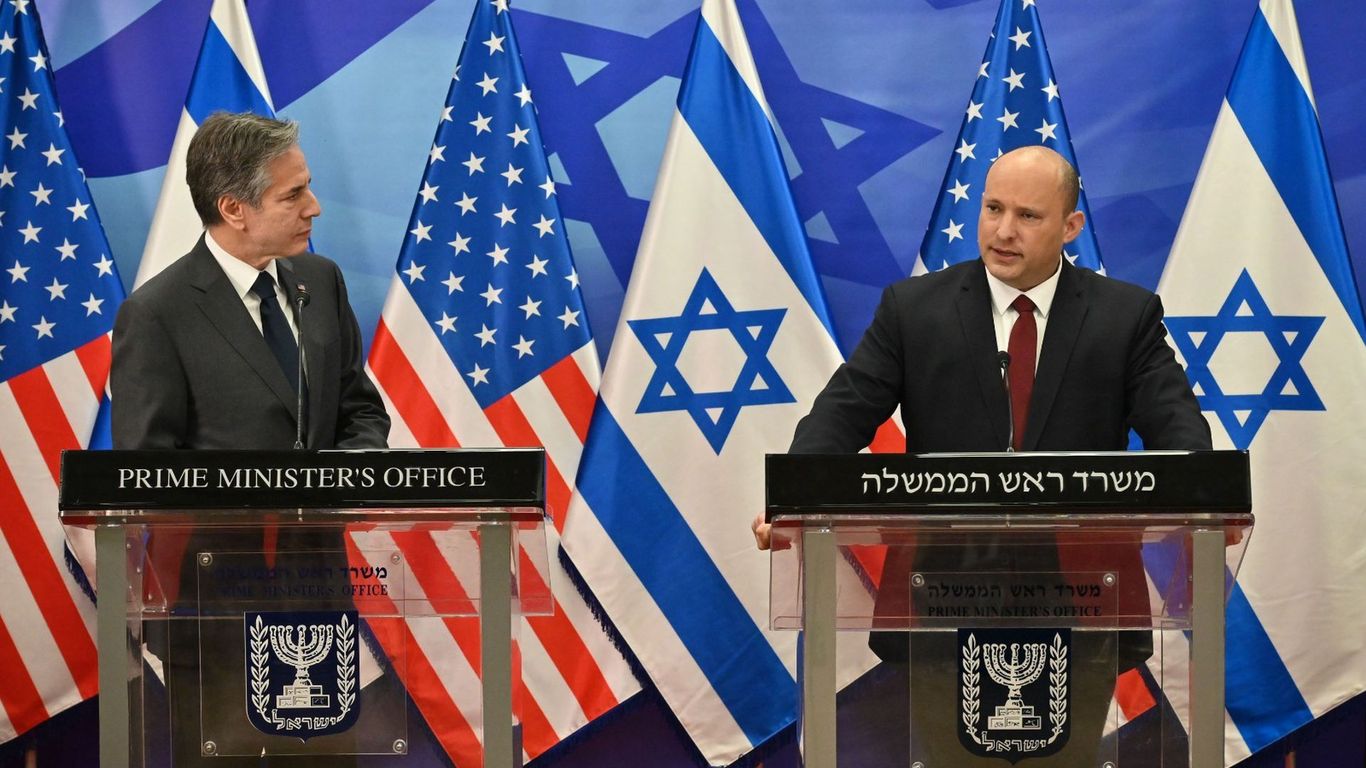 US Secretary of State Tony Blinken asked Israeli Prime Minister Naftali Bennett and other Israeli officials for their alternative to a nuclear deal with Iran that will limit Tehran’s uranium enrichment, a senior State Department official and an Israeli official told me.

Why it matters: After months of indirect negotiations between Iran and the Biden administration, a draft agreement for returning to the 2015 nuclear deal is almost done.

Behind the scenes: The Israeli and US officials said the Iran issue was at the center of the meeting between Blinken and Bennett on Sunday, but regardless of the disagreement, the discussion wasn’t tense.

The Iran deal also came up during the Negev summit a day later.

State of play: EU political director Enrique Mora was in Tehran on Sunday and met Iran’s chief nuclear negotiator to try to find a compromise regarding the IRGC demand.