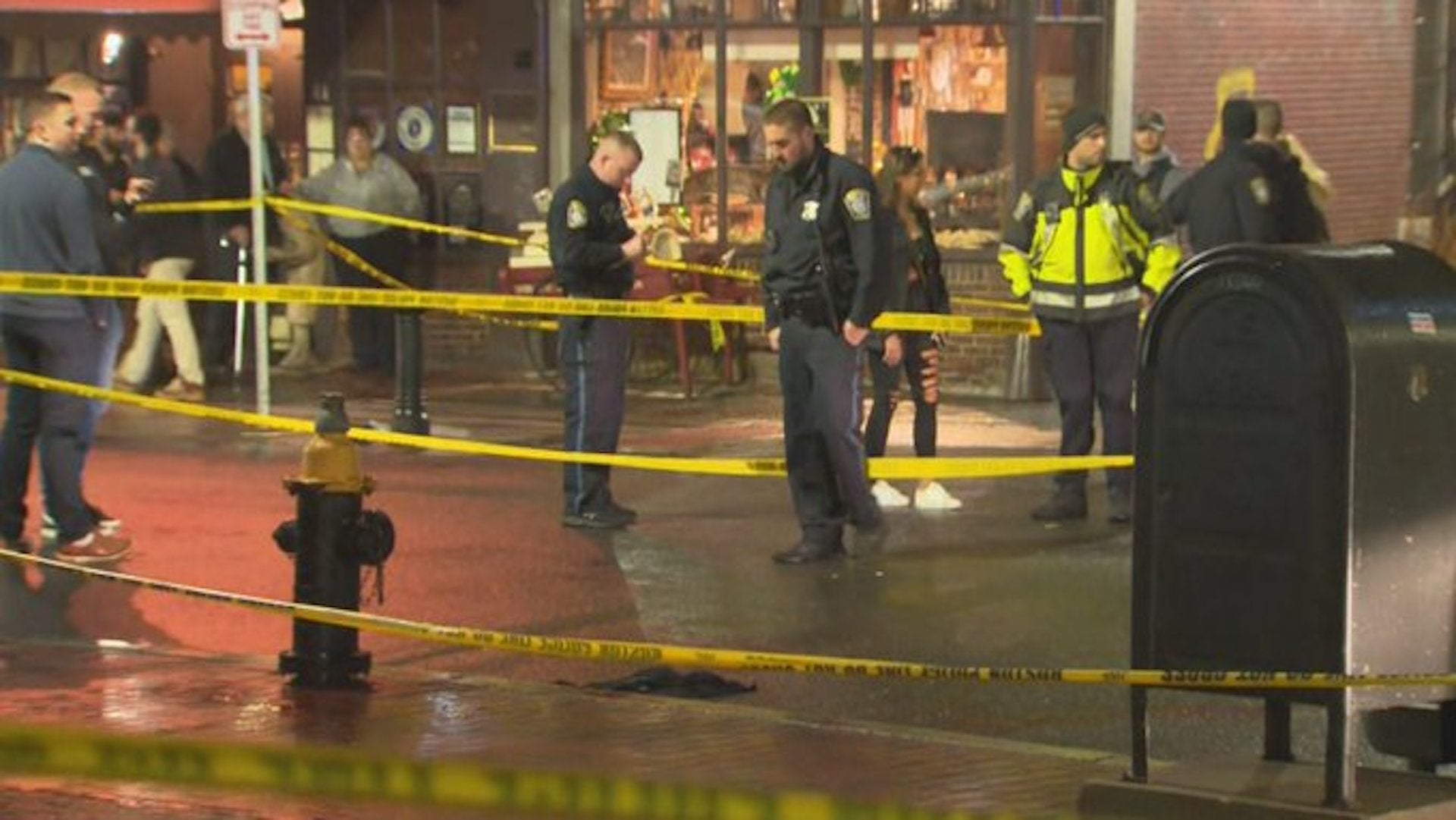 A Boston bouncer who allegedly stabbed and killed a 23-year-old former Marine outside a bar near Fanueil Hall was held without bail during his arraignment hearing in Boston Municipal Court on Monday.

Alvaro Larrama, 38, of East Boston was charged with murder for the death of Daniel Martinez, an Illinois veteran who was in Boston last weekend for St. Patrick’s Day festivities, according to interim Suffolk County District Attorney Kevin Hayden’s office.

Prosecutors had previously identified Martinez as an active-duty Marine, but said in a statement Monday evening the Chicago-area native was recently discharged following a four-year stint.

“The heartbreak for Mr. Martinez’s family, and for all those who knew and served with him, is incalculable,” Hayden said in a statement. “This is also heartbreaking for Boston, because it represents an image of the city that does not truly reflect who we are.”

Prosecutors said Boston police officers responded at approximately 6:53 pm Saturday to a call reporting a stabbing around 33 Union St., near the Sons of Boston bar, where Larrama was working that night.

At the scene, authorities found Marinez “bleeding from a single stab wound to the chest,” according to Hayden’s office.

Martinez was brought to Massachusetts General Hospital, where he was pronounced dead at 7:24 pm

In court, Assistant District Attorney Caitlin Grasso said video surveillance footage from several establishments in the area shows Martinez and Larrama speaking to each other, as Martinez and a friend were waiting in line outside Sons of Boston.

Investigators learned Larrama denied Martinez and his unidentified friend entrance to the bar, according to prosecutors.

Martinez and his friend “walked away and were subsequently pursued by Larrama,” officials said.

Video shows an altercation ensued, during which “Larrama’s head was hit with an aluminum beer bottle,” Hayden’s office said. “The video then shows Larrama striking the victim in the chest.”

According to prosecutors, Larrama then entered Sons of Boston, where he could be seen “washing his hands, discarding his sweatshirt, and turning his shirt inside out.”

“He then left through a back exit,” officials said.

Witnesses, several of whom were Larrama’s co-workers, identified him, prosecutors said.

Police issued a warrant for Larrama’s arrest and began searching for him on Saturday night before Larrama turned himself in on Monday morning.

Medical examiners identified Martinez’s stab wound as the cause of his death.

According to WBZ, Larrama’s attorney said Larrama is a father of four who has had no criminal convictions in over 20 years.

Judge Steven Key ordered Larrama to return to court for a probable cause hearing on April 28.

‘He just wanted to make a difference’: Matinez’s mother described him as honorable and fearless

Martinez spent four years in the Marines before he was discharged in September, WCVB reports.

The US Marine Corps confirmed to the news station Martinez attained the rank of sergeant and was deployed in 2019 with the 11th Marine Expeditionary Unit. He was most recently stationed at Camp Pendleton in California, where he was assigned to the 3rd Assault Amphibious Battalion, 1st Marine Division.

“He was so adventurous. He was fearless. He was so brave,” Martinez’s mother told WCVB. “He didn’t fear going into the Marines. He didn’t care if he was dangerous or if he was going to be uncomfortable or hungry or tired, or all the things that Marines and other military branches have to go through. He was honorable. He just wanted to make a difference.”

Stay up to date on all the latest news from Boston.com