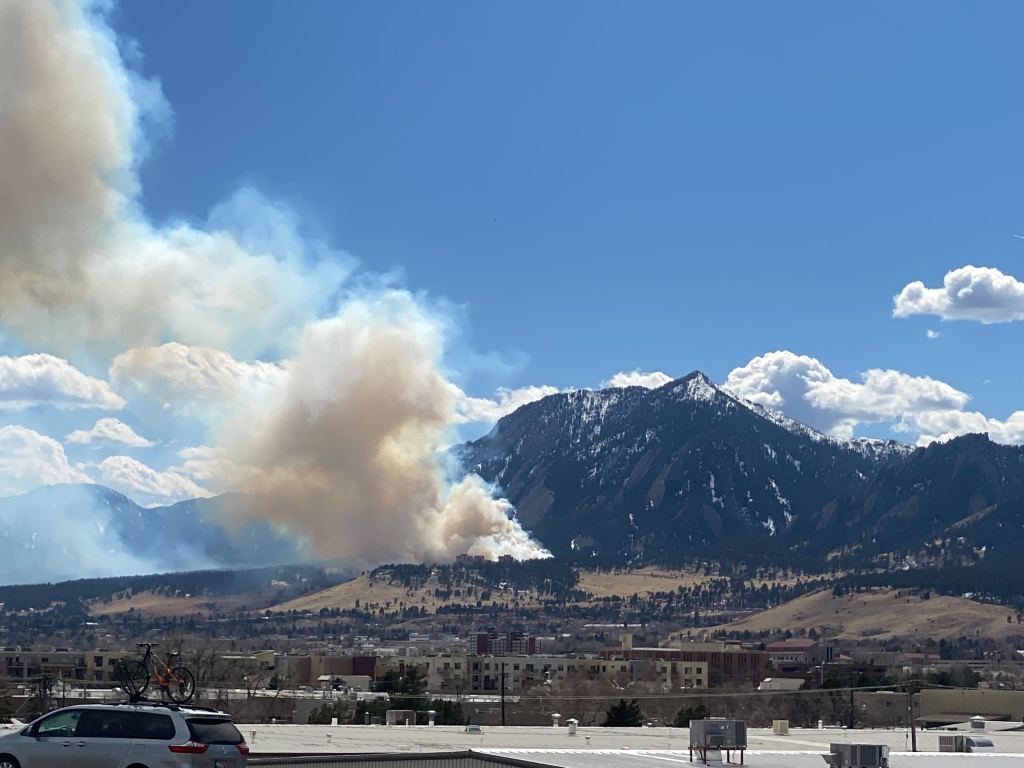 A wildfire broke out near the National Center for Atmospheric Research in southwestern Boulder on Saturday afternoon, prompting evacuation orders for a widespread area of ​​the city, according to the Boulder Police Department.

Boulder police initially said about 1,200 residences had been ordered to evacuate due to what has been named the NCAR fire, but a short time later that order expanded to include much of south Boulder.

The evacuation area includes the NCAR lab at 1850 Table Mesa Drive to Baseline Road, east to US 36, back down to Broadway and straight west back to NCAR, according to the Boulder Office of Emergency Management.

The town of Superior posted a notice saying its staff had been in contact with a Boulder County sheriff’s sergeant who said the fire is about 20 acres in size and moving south/southeast toward Eldorado Springs in southwestern Boulder County.

We are working on multiple notifications to the community right now but if you’re in either of these shaded areas please EVACUATE NOW. We will continue to share info as the #NCARfire evolves. Also working to find a secure media staging area. Will tweet when found pic.twitter.com/xtvFgLgylm

The fire is burning on the southwest side of Boulder in an open space area near NCAR, police said. The Boulder Fire Department is on stage fighting the fire.

Emergency operations have been activated and wireless emergency alerts have been sent to all cell phones within a 1/4-mile radius of NCAR, police said.

The University of Colorado Boulder’s South Campus has been evacuated because of the fast-moving fire. Police ask people to avoid the area. Eldorado Canyon State Park, which was at capacity on Saturday, has been closed. Rangers are working to get visitors safely out of the park. People hiking or recreating in the area as asked to leave.

At about 3:30 pm, winds in Boulder were gusting to about 31 mph, humidity was 14% and the temperature was 73 degrees, according to the National Weather Service.

The Humane Society of Boulder Valley, 2323 55th St., is accepting evacuated companion animals from the fire.

This story is breaking news and will be updated.