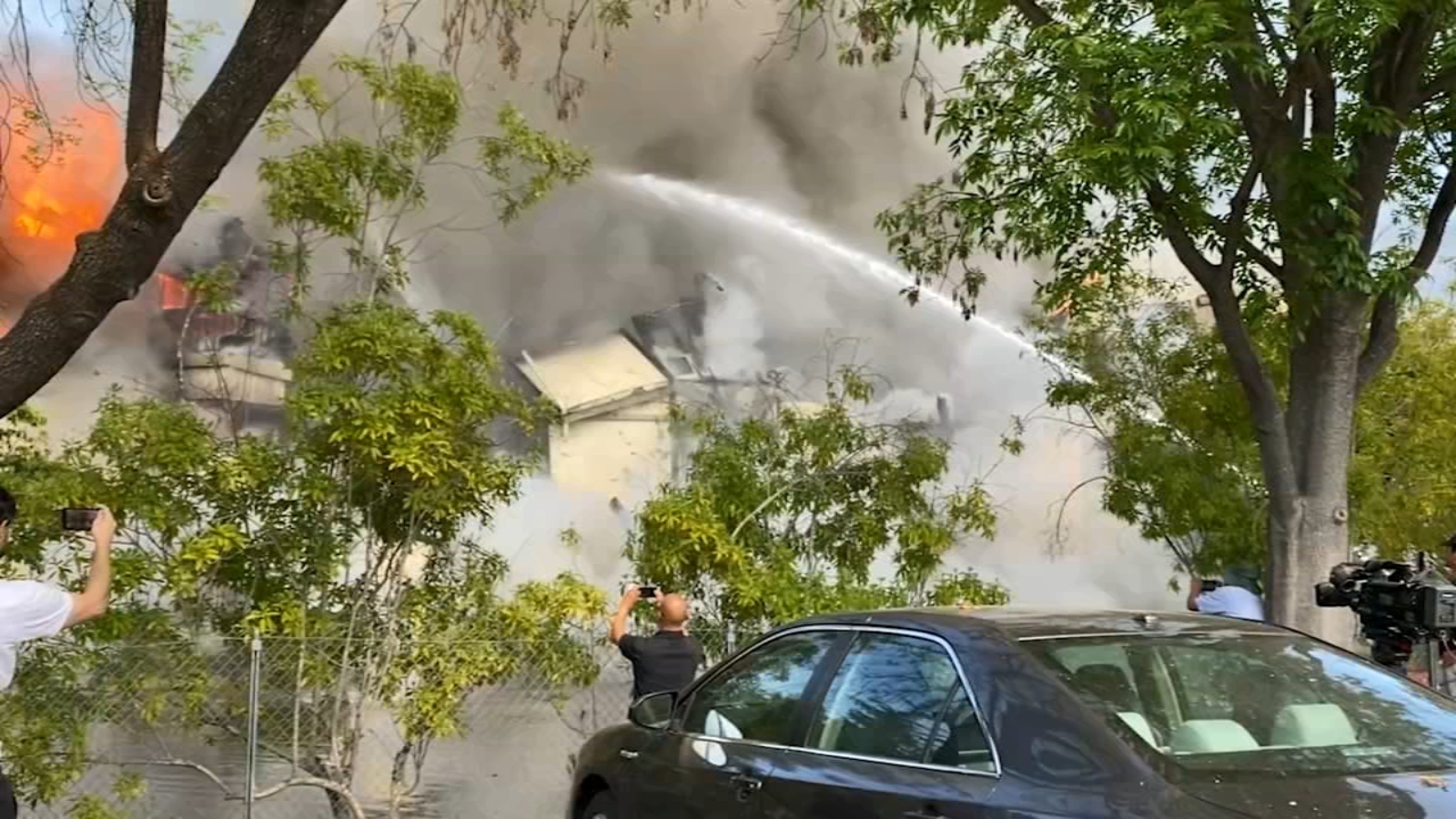 CAMPBELL, Calif. (KGO) — Police and firefighters are battling a fire at a 50,000 square foot vacant building in Campbell.

SKY7 was over the fire at Knowles and Dell Friday, where those streets are closed between Winchester & Division.

Officials tweeted around 11:50 am the fire was upgraded to a four-alarm fire.

A passerby reported the incident after seeing smoke in the area late Friday morning. Fire crews were actually training nearby, and were able to respond quickly, containing the fire.

Initially, firefighters were able to enter the vacant building to try to find the source of the fire, but it quickly escalated, according to Justin Stockman from the Santa Clara fire department.

Eventually, the roof gave way to the weight of the fire and collapsed.

The moment part of the roof gave into this massive four-alarm fire. It was reported just after 10 am, the 50,000 sq. ft building in Campbell is vacant and no one has been hurt. Fire is being investigated. The smoke at this point (and it is thick) has been the biggest impact. pic.twitter.com/geUBtjqCmQ

Fortunately, no one was hurt since the building was empty. The thick smoke has been the biggest impact, so far.

At times the smoke became so intense, it was nearly impossible to breathe as ABC7 News spoke with some of those workers watching the fire.

“All you could see was smoke pouring out of the second story windows, this is three stories…*coughs*… excuse me,” choked Doug Herrick, who works nearby.

The building is surrounded by other office buildings.

Employees had been outside for hours watching the scene step by step.

“The building was just straight windows on fire when I got here and just recently I saw the balconies were kind of lifting up a little bit,” said Martin Vazquez, who also works nearby.

Stockman says the situation went from an “offense” to a “defense” situation where firefighters had to battle the fire from outside the building.

The employees who work nearby told ABC7 News the building has been empty for several months. Santa Clara County officials confirmed to us that no one was inside at that the time, although it’s unclear what type of commercial building it is.

“We did a primary search of this building in that first thirty minutes during the aggressive interior fire attack and again we had no occupants inside the building,” Glass said.

Officials are asking the public to avoid the area as breathing any smoke from a building can be hazardous to one’s health.

The fire is under investigation.

This story is developing. Check back for updates.