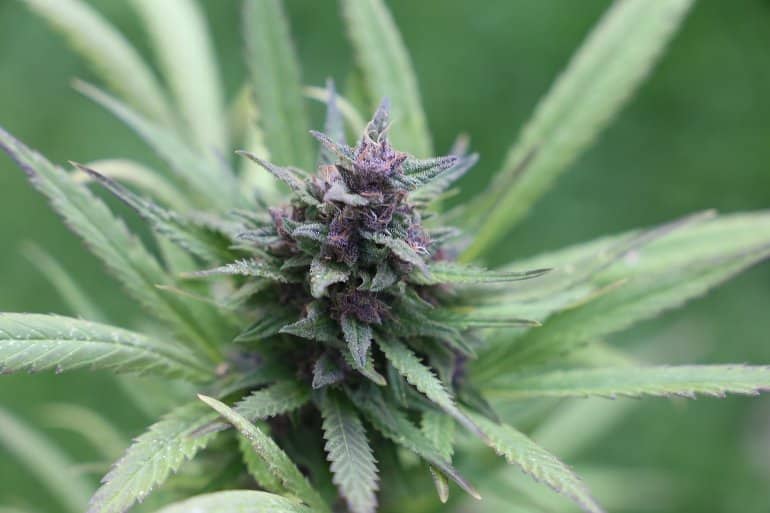 Summary: Consuming cannabis buds can help provide relief from symptoms of fatigue, a new study reports. Those who smoked cannabis cigarettes found greater symptom relief than those who consumed cannabis via a pipe or vaporizer.

Researchers at The University of New Mexico have used a mobile software app to measure the effects of consuming different types of common and commercially available cannabis flower products on fatigue levels in real-time.

As part of the study, researchers showed that over 91 percent of people in the study sample that used cannabis flower to treat fatigue reported symptom improvement.

People who used cannabis cigarettes or “joints” to combust the flower reported greater symptom relief than pipe or vaporizer users.

Fatigue is a core feature of many types of illnesses, and several studies have shown that people with chronic pain, cancer, Parkinson’s Disease, and multiple sclerosis report increased energy levels after consuming medical cannabis.

Other research shows patients are increasingly supplementing with or switching entirely from conventional pharmaceutical prescription medications to medical cannabis, demonstrating a revealed preference for using this ancient and natural form of medicine.

In their recent study, titled “The Effects of Consuming Cannabis Flower for Treatment of Fatigue,” published in the journal Medical Cannabis and Cannabinoidsthe UNM researchers showed that using cannabis results in immediate improvement for feelings of fatigue in the majority of users.

This was the first large-scale study to show that on average, people are likely to experience a 3.5 point improvement of feelings of fatigue on a 0-10 scale after combusting cannabis flower products, conventionally referred to as “buds.”

“Despite the conventional beliefs that frequent cannabis use may result in decreased behavioral activity, goal-pursuit, and competitiveness, or what academics have called ‘amotivational syndrome,’ people tend to actually experience an immediate boost in their energy levels immediately after consuming cannabis, ” said co-author and Associate Professor Jacob Miguel Vigil in the UNM Department of Psychology Department.

The study was based on data from 3,922 cannabis self-administration sessions recorded by 1,224 people using a patented mobile software application, Releaf App, a highly-rated app designed to help users record varying characteristics of the cannabis they purchase and monitor real-time changes in their symptom intensity and experienced side effects.

Because cannabis plants are so variable in their chemical compositions, consumers are often challenged with ever-changing availability of strain-specific plant batches, and the Releaf App enables users to keep an electronic diary of user session-specific effects for self-monitoring and self -directed cannabis use.

“One of the most surprising outcomes of this study is that cannabis, in general, yielded improvements in symptoms of fatigue, rather than just a subset of products, such as those with higher THC or CBD levels or products characterized as sativa rather than indica, ” said co-author and Associate Professor Sarah Stith in the UNM Economics Department.

“At the same time,” describes Vigil, “our observation that the major cannabinoids tetrahydrocannabinol (THC) and cannabidiol (CBD) were largely uncorrelated with changes in feelings of fatigue suggest that other minor cannabinoids and phytochemicals such as terpenes may be more influential on the effects of using cannabis than previously believed.

“In the near future, I anticipate that patients will have the opportunity to access more individualized cannabis products, with distinct and known combinations of chemical profiles for treating their specific health needs and lifestyles.”

“We’re excited to see real-world data and studies support the use of cannabinoids for helping individuals manage their fatigue and energy levels,” says Tyler Dautrich, COO at MoreBetter, the creators of Releaf App.

“This obviously has implications for patients experiencing fatigue as a symptom of their medical condition, but we also feel this can lead to healthier options to the current energy drink and supplement market.”

About this cannabis and fatigue research news

The Effects of Consuming Cannabis Flower for Treatment of Fatigue

Results: On average, 91.94% of people experienced decreased fatigue following consumption with an average symptom intensity reduction of 3.48 points on a 0–10 visual analog scale (SD = 2.70, = 1.60, p < 0.001). While labeled plant phenotypes (“C.indica,” “C. sativa,” or “hybrid”) did not differ in symptom relief, people that used joints to combust the flower reported greater symptom relief than pipe or vaporizer users. Across cannabinoid levels, tetrahydrocannabinol, and cannabidiol levels were generally not associated with changes in symptom intensity levels. Cannabis use was associated with several negative side effects that correspond to increased feelings of fatigue (eg, feeling unmotivated, couch-locked) among a minority of users (<24% of users), with slightly more users (up to 37%) experiencing a positive side effect that corresponds to increased energy (eg, feeling active, energetic, frisky, or productive).

Findings: The findings suggest that the majority of patients experience decreased fatigue from consumption of Cannabis flower consumed in vivo, although the magnitude of the effect and extent of side effects experienced likely vary with individuals’ metabolic states and the synergistic chemotypic properties of the plant.