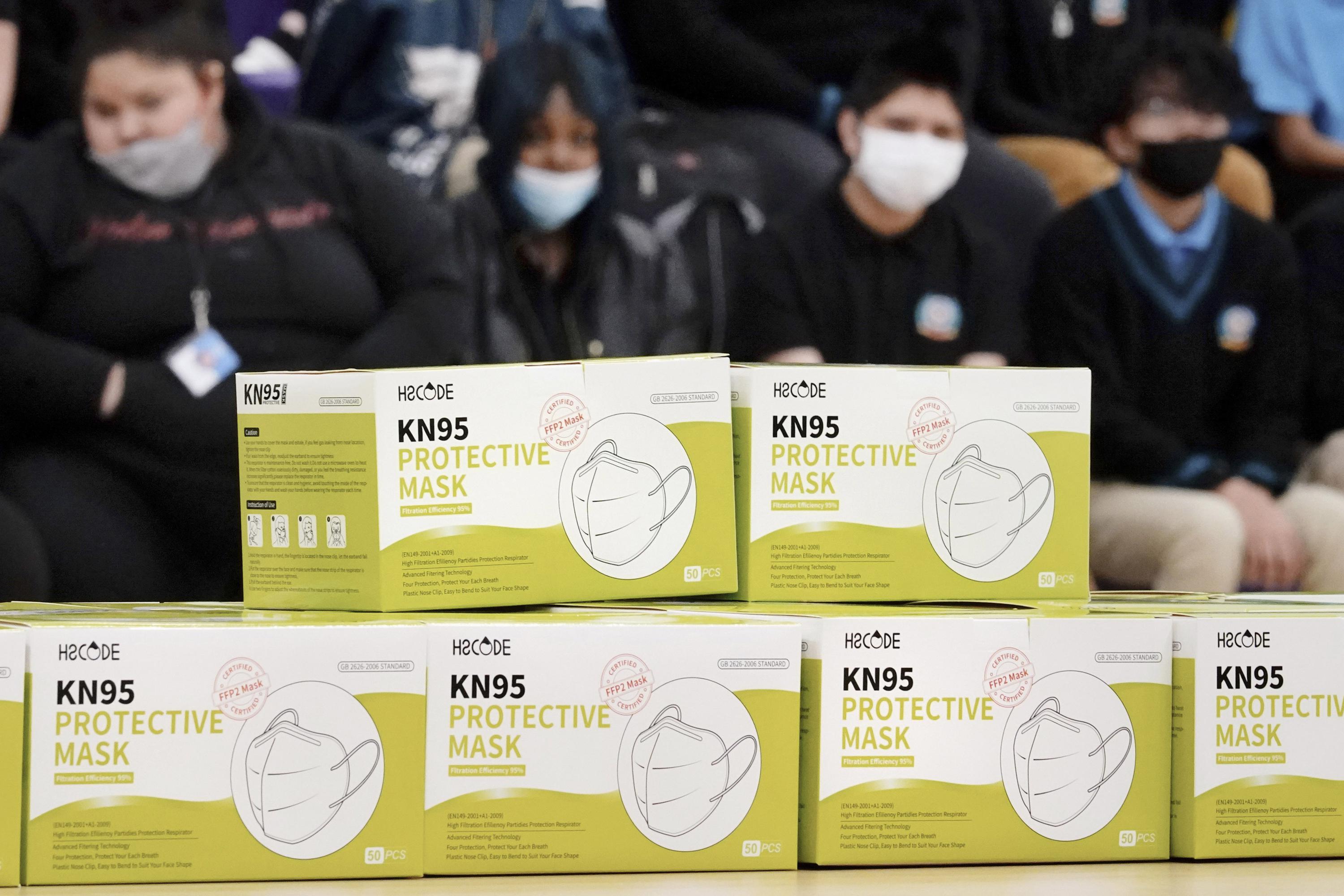 NEW YORK (AP) — Three out of every four US children have been infected with the coronavirus and more than half of all Americans had signs of previous infections, Centers for Disease Control and Prevention researchers estimated in a report Tuesday.

The researchers examined blood samples from more than 200,000 Americans and looked for virus-fighting antibodies made from infections, not vaccines. They found that signs of past infection rose dramatically between December and February, when the more contagious omicron variant surged through the US

For Americans of all ages, about 34% had signs of prior infection in December. Just two months later, 58% did.

The news came as Pfizer sought permission to offer a booster dose to kids ages 5 to 11, just like people 12 and older can get.

In the CDC report, the most striking increase was in children. The percentage of those 17 and under with antibodies rose from about 45% in December to about 75% in February.

The older people were, the less likely they had evidence of past infections. That may be because older adults have higher vaccination rates and they may be more likely to take other COVID-19 precautions, such as wearing masks and avoiding crowds, Clarke said.

Reported COVID-19 cases had a huge surge in December and January, then fell almost as dramatically as they had risen. But daily case counts have been trending up again in recent weeks.

The case numbers are believed to be an undercount, but officials do think recent increases reflect a true rise in infections. Many COVID-19 infections are mild enough that patients do not seek care or confirmatory lab tests. CDC officials say they plan to release a study soon that estimates that in recent months there were three infections for every reported case.

Another recent trend: US health officials say they have seen two weeks of increases in COVID-19 hospitalizations, though the numbers remain relatively low. Hospital admissions number about 1,600 per day, a 9% increase in the prior week, the CDC reported.

Available evidence nevertheless offers reason to be hopeful about how the pandemic is going, officials suggested.

“We are not anticipating more severe disease from some of these subvariants, but we are actively studying them,” CDC Director Dr. Rochelle Walensky said Tuesday.

The tests that showed how many people had previous infections can detect antibodies for one to two years after infection, and possibly longer. Studies have shown previous infection can protect some people against severe disease and hospitalization, but CDC officials stressed that the previously infected should still get COVID-19 vaccines.

The study looked for any detectable level of antibodies; it did not distinguish how many people had antibody levels that might be protective. Scientists are still trying to understand what role these kinds of antibodies play in protection from future virus exposures.

Officials continue to urge Americans to get vaccines and boosters, which offer additional protection against COVID-19 for all, including those who were previously infected.

Currently the US offers a booster dose starting at age 12 but Pfizer and BioNTech on Tuesday asked the Food and Drug Administration to allow healthy elementary-age kids to also get one — about six months after their last shot. The companies cited a small study showing the extra shot for kids ages 5 to 11 revved up antibodies capable of fighting the super-contagious omicron variant. Pfizer’s kid-size shots are a third of the dose given to anyone 12 or older.

The Associated Press Health & Science Department receives support from the Howard Hughes Medical Institute’s Department of Science Education. The AP is solely responsible for all content.