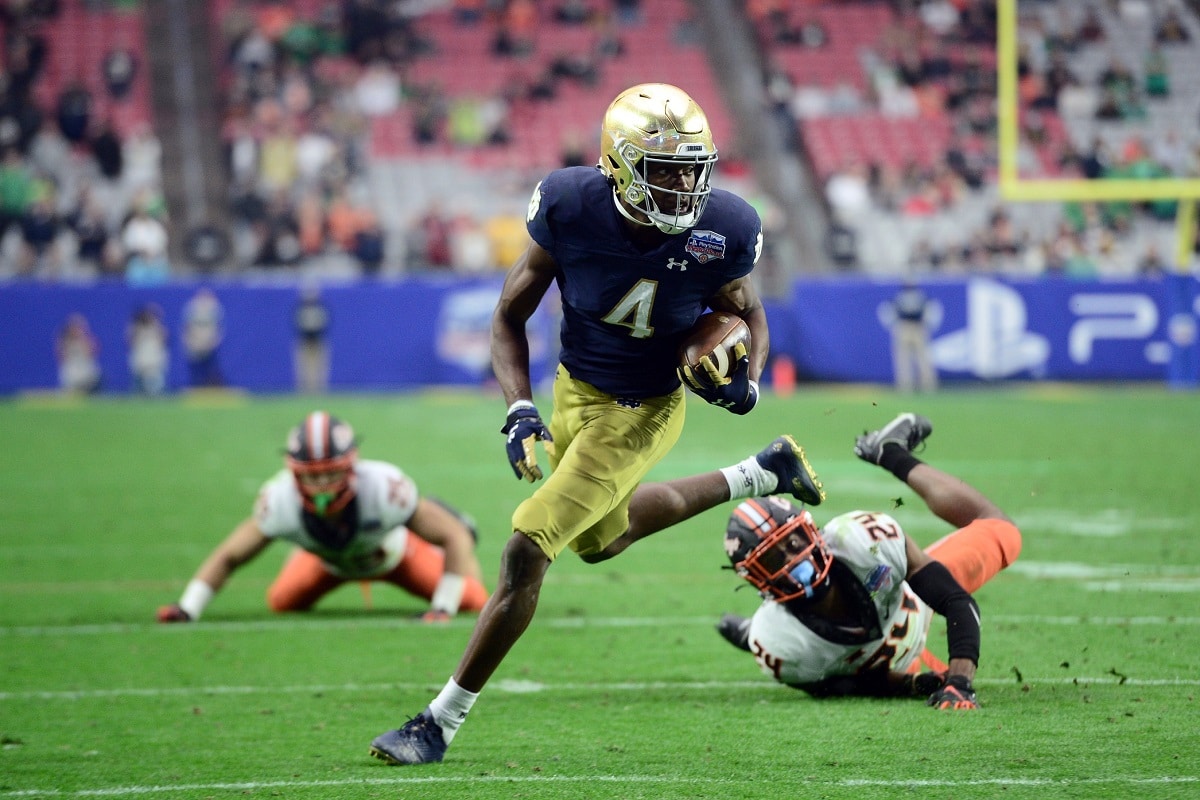 The Chicago Bears might be under new management, but the offseason doesn’t wait for anybody. GM Ryan Poles and the rest of the scouting department have been hard at work evaluating prospects. With the scouting combine over, the final leg of the NFL draft journey is the massive array of college pro days across the country. This offers the last opportunity for teams to get a close look at prospects while also meeting with them in person.

The Bears were well-represented at the recent Notre Dame pro day, led by new co-director of player personnel Trey Koziol. He came over from the Kansas City Chief to join longtime friend and form Boston College teammate Poles. Koziol was accompanied by Brendan Rehor, the Bears’ Midwest area scout. Not a surprise since the Irish fall within his region of expertise. There was plenty to watch during the action.

The Bears have several scouting reps in attendance for Notre Dame pro day. That includes Trey Koziol, who was named co-director of player personnel last week. He joins Ryan Poles after nine years together with the Chiefs.

Most teams were likely in attendance to watch Kyle Hamilton.

The Notre Dame safety is considered a top 10 prospect this year. He is one of the most talented at his position to come out of college in years. However, the program has some other intriguing options in play. None more so than wide receiver Kevin Austin Jr. The 6’2 kid impressed at the combine with a 4.43 in the 40-yard dash and 39-inch vertical jump. So there’s no doubt he’s a great athlete. The problem is most of his college career was marred by a team violation in 2019 and two foot surgeries in 2020.

Expectations for him last season were subdued. He had just 392 yards and four touchdowns through the first seven games. Then a switch seemed to flip as he exploded for 496 yards and three touchdowns over the final five games. General feelings are he’s a gifted but raw talent that needs more polish as a receiver from route-running to hand-fighting. Perhaps a perfect project for new receivers coach Tyke Tolbert.

The Chicago Bears may also be looking at running back Kyren Williams, fresh off back-to-back 1,000-yard seasons with 31 total touchdowns. He is tough, athletic, and versatile. Also don’t overlook defensive end Myron Tagovailoa-Amosa. While undersized, his is known for great leadership, a high motor, and power at the point of attack. He could be a quality undrafted free agent option.