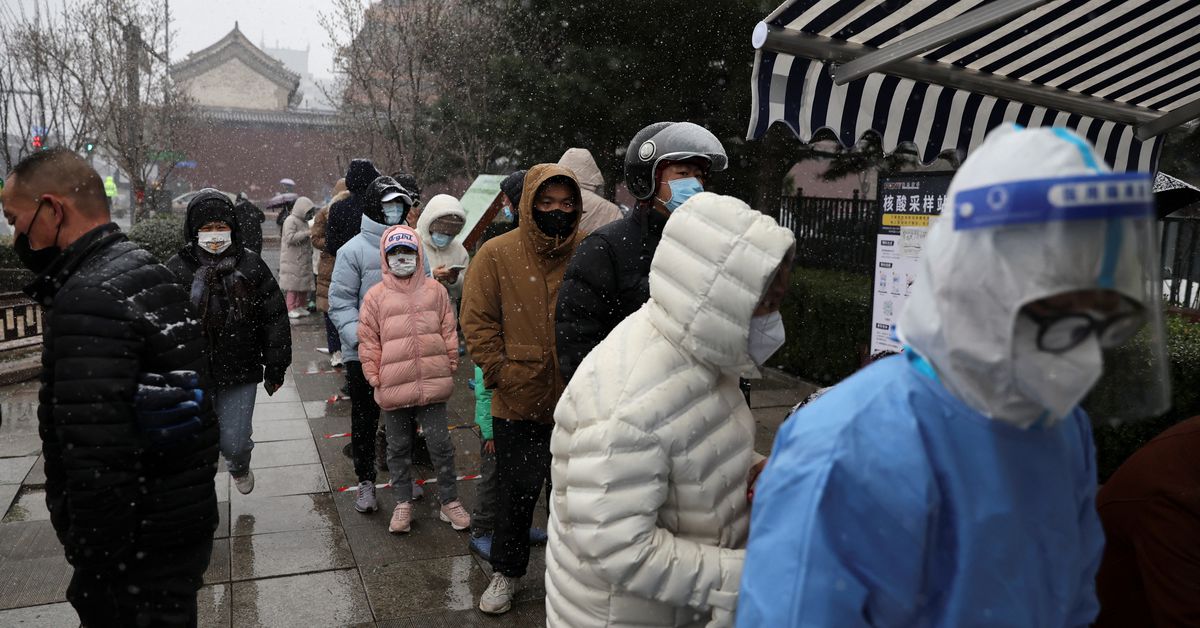 SHANGHAI/BEIJING, March 19 (Reuters) – Mainland China reported its first COVID-19 deaths in more than a year on Saturday, according to a post on the National Health Commission’s website that said two people died in the northeastern region of Jilin.

The country is maintaining a “dynamic clearance” approach which aims to cut transmission as soon as possible, using stringent measures such as short and targeted shutdowns and quick testing schemes where cases are found. read more

Jilin, bordering North Korea and Russia, accounts for more than two-thirds of domestic infections in the latest wave. read more

One of the dead was not vaccinated, said Jiao Yahui, a senior official with the National Health Commission. The direct cause of death for both victims was underlying diseases, Jiao told reporters in Beijing, while their COVID symptoms were mild.

One victim was 87 and the other was 65, according to The Paper, a Shanghai state-run publication.

More than 95% of the nearly 30,000 people hospitalized with COVID in China have mild or no symptoms, Jiao said.

Of the new cases, 2,157 were locally transmitted, compared with 2,388 a day earlier, with 78% appearing in Jilin while others were found in the southeastern province of Fujian, the southern province of Guangdong, and elsewhere.

New asymptomatic cases, which China counts separately from confirmed cases, totaled 1,823, compared with 1,904 a day earlier. As of Friday, mainland China had a cumulative total of 128,462 confirmed cases.

The deaths quickly became one of the top-trending topics on Chinese social media. “Two new COVID deaths in Jilin” was prominent on China’s Twitter-like Weibo platform, with many users hoping for more information on the two victims.

“For what reason did this happen?,” said one social media user. “The details should be released in a timely way.”

Others voiced support for China’s dynamic-clearance policy while criticizing talk of opening up.

“Herd immunity, even opening up to allow people to exercise, this is not going to work,” said another person on Weibo.​