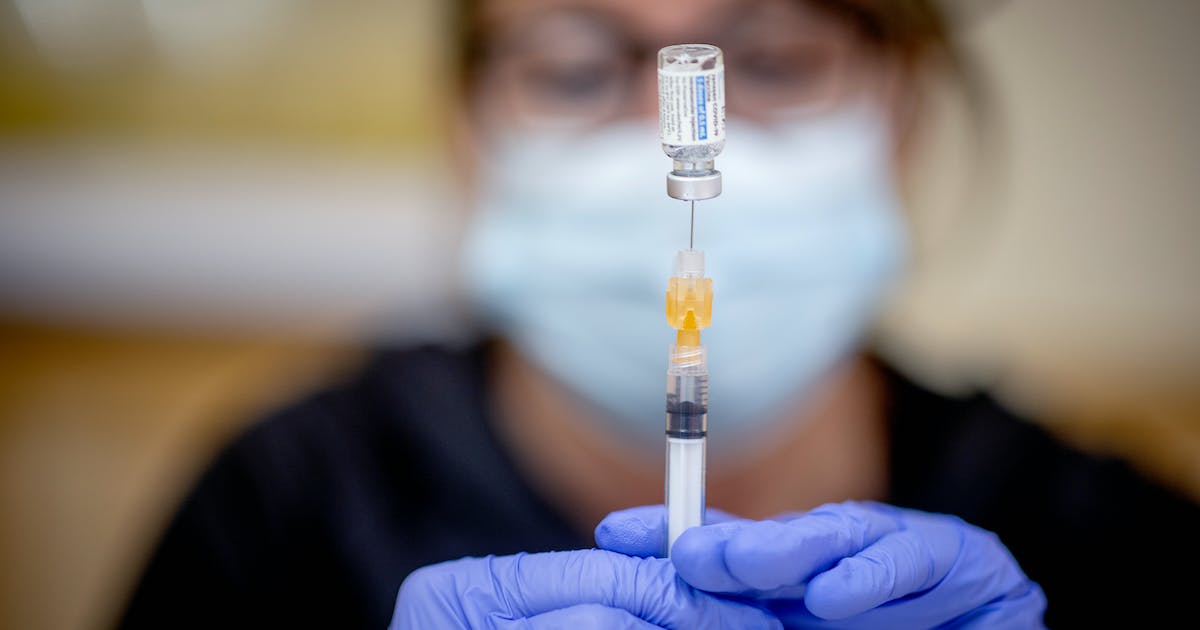 Sampling this week found a 15% higher coronavirus load in Twin Cities wastewater, the first increase since the omicron COVID-19 wave peaked in mid-January.

The BA.2 subvariant, which has caused a recent increase in COVID-19 in Europe, made up 55% of viral material identified in plant testing in the week ending March 21. It made up 42% the previous week and 17% the week before that.

“It has taken over basically and is the dominant subvariant, and the load is increasing,” said Steve Balogh, a research scientist in the Met Council’s Environmental Services division. “That to me suggests that this is something that could have legs, but it’s too soon to tell. We only have basically two weeks of data. I don’t want to sound an alarm.”

Wastewater sampling existed during earlier phases of the pandemic but has developed into a highly watched early warning system this year. Retrospective studies showed viral levels increased in sewage a week or two before new COVID-19 waves emerged.

“Everyone is very intrigued with the sewage data,” said Dr. Dimitri Drekonja, an infectious disease expert at the Minneapolis Veterans Medical Center. “That really tells you what’s going on without having to worry about, ‘Well, are people not going in for tests?’ Everybody is going to the bathroom. So as long as you are checking it, you should be able to find it.”

The wastewater data defy otherwise improving indicators of COVID-19 activity in Minnesota. No counties in Thursday’s update by the Centers for Disease Control and Prevention were in the high-risk COVID-19 range that carries a mask-wearing recommendation for indoor public places.

COVID-19 hospitalizations in Minnesota declined Thursday to 217, well below the peak this year of 1,624 on Jan. 14. The 26 COVID-19 patients requiring intensive care on Thursday was the lowest total since July 19 — before the emergence of the fast-spreading delta and omicron variants dashed premature hopes of an end to the pandemic.

Exactly when warnings from the wastewater data become significant is unclear. While the large Twin Cities plant hasn’t seen an increase in viral load since mid-January, sewage sampling in other regions of Minnesota has shown occasional blips.

“This week’s data are not, in my opinion, enough evidence to make any firm conclusions about next week. All one can say with certainty is that the continuous decline that we’ve seen has ended, at a non-zero level,” said Kenny Beckman, director of the University of Minnesota Genomics Center, which analyzes the samples collected at the Metro plant.

The U Medical School separately reported an increase in viral loads from wastewater sampling at 13 metro-area treatment plants in the three-day period ending March 16. However, aggregate results have increased before in the past two months before declining again. Viral loads at plants in six other Minnesota regions have steadily declined as well.

Nationwide, the data are mixed. Out of 469 US treatment plants reporting data to the CDC, 38% showed an increase in viral load in the 15 days ending March 20. Another 57% showed a decrease of 10% or more.

The state has reported more than 1.4 million infections, including nearly 63,000 reinfections, but the actual total is higher because of the number of people who didn’t seek testing or used rapid home tests that aren’t publicly reported.

The Institute for Health Metrics and Evaluation projects that 69% of Minnesotans have had coronavirus infections.

Minnesota’s protection from future COVID-19 waves is unclear because of the waning immunity that occurs about six or so months after vaccination or infection. Public health leaders believe the delta wave was unusually long in Minnesota because it reached the state last fall when immunity from the first vaccinations had waned.

The age-adjusted coronavirus infection rate was 57% higher in the weekend Feb. 13 in unvaccinated vs. fully vaccinated Minnesotans, but it had been 79% higher a month earlier, according to state health data.

Omicron better evades immunity than other variants and has caused an increase in breakthrough infections. However, studies have shown that COVID-19 vaccine remains strongly protective against severe illness and death.

The fully vaccinated population also consists of more elderly people who are at greatest risk and people whose immunity has waned because they haven’t received recommended booster doses. While Minnesota ranks second among states in its rate of fully vaccinated residents who have received boosters, less than half of its eligible 5 and older population is considered up to date with COVID-19 vaccinations.

The elevated risk to unvaccinated Minnesotans shows in the rising COVID-19 deaths among younger adults. Friday’s report included the death of a Steele County resident 20-24, the 20th COVID-19 death in Minnesota involving someone younger than 25.

Minnesotans younger than 60 made up 8% of COVID-19 deaths reported before July 1, but 18% of the deaths since that time.