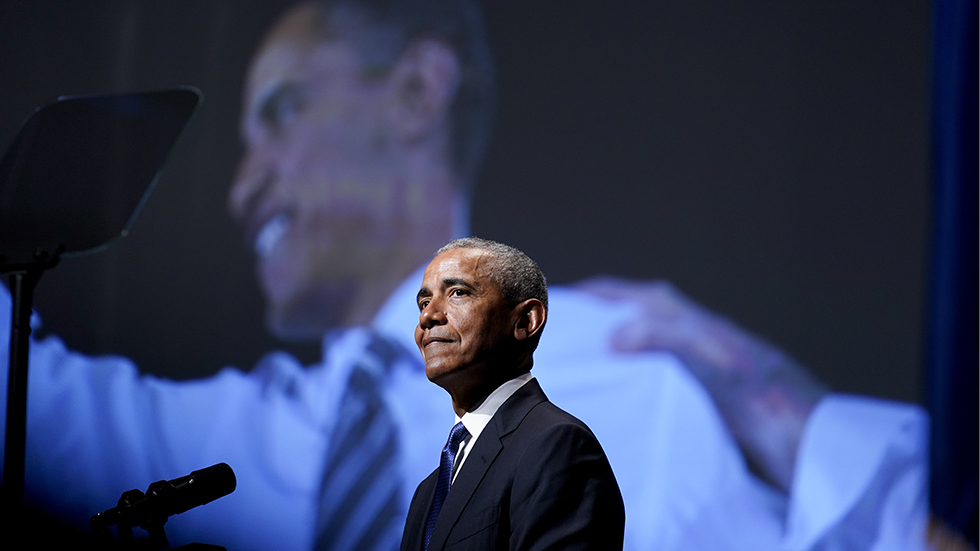 When former President Barack Obama appears at the White House on Tuesday, Democrats say it will provide a much-needed boost to President Biden, who has been lagging in the polls.

Obama remains extremely popular with the Democratic base, and his return to the White House comes as Biden has struggled to boost his poll numbers in the face of a flurry of challenges, most notably soaring inflation.

“I think this comes at the right moment,” said one Democratic strategist. “We need a jolt of energy right now and no one brings that more than Obama.”

Biden and Obama will promote the Affordable Care Act, the former president’s signature piece of legislation during his time in office.

Obama has remained out of the spotlight since leaving the White House in 2017, only reemerging in key moments during the Trump and Biden administrations. At those times, he has voiced his support of Biden on issues including the withdrawal of US forces from Afghanistan, Biden’s Build Back Better framework and on voting rights.

The former president has not visited the White House since Biden took office, including privately, two sources said.

White House press secretary Jen Psaki said Monday the two speak on the phone regularly and are “real friends, not just Washington friends.” The presidents will also have lunch together on Tuesday, she said, carrying on their tradition of weekly lunches during the Obama White House.

Their meeting, Democrats say, will be a full circle moment of sorts, invoking nostalgia and a longing for the Obama era while marking one of the most significant legislative accomplishments in years.

“From the historical perspective it does make a nice narrative arc from Obama and Biden passing the law to Obama returning to celebrate how it’s grown and been protected under now President Biden,” said Democratic strategist Eddie Vale. “And it will be a good event and a good speech as one always gets from Obama.”

But Vale cautioned that “no one should be anticipating Obama magically solving all of our problems.”

Matt Bennett, a former Clinton White House staffer and co-founder of centrist think tank Third Way, called it smart for the Biden White House to get Obama involved given the newfound popularity of his signature health care law.

Bennett noted the potential added benefit that “popular and talented former presidents can really help the incumbent craft and carry a message.”

One White House official downplayed any political aspects of bringing Obama into the White House, saying the former president has championed the law informally bearing his name for years and it made sense for him to be there to promote new efforts to strengthen the legislation.

Biden and Obama both attended a funeral service for former Senate Majority Leader Harry Reid (D-Nev.) last August and appeared together at the 20th anniversary of the Sept. 11 attacks in New York last fall. The two also recorded a Zoom conversation last summer to promote sign-ups for the Affordable Care Act.

Obama is expected to return to the White House again in the coming months at the unveiling of presidential portraits of himself and first lady Michelle Obama.

Even though they live within miles of each other, they have rarely seen each other since Biden took office, sources say, including privately. While Biden campaigned on being the popular president’s vice president, he has kept a distance as president.

“I’m not sure it would be helpful to him to have Barack Obama looming in the shadows of his presidency,” said one source with knowledge of their relationship.

While the two presidents share a close bond over their shared history in the Senate and later in the White House, a quiet tension has also existed. During the 2016 presidential race, Biden and his team were frustrated by Obama’s push for Hillary Clinton to be his successor.

And later in the 2020 presidential race, Obama remained neutral, refusing to back anyone in the Democratic primary, including his former vice president. Biden has recounted that he told his former partner not to endorse him in the race but sources close to the former president say that never happened.

Last year during a CNN town hall, Biden acknowledged that while he had been in the Oval Office many times as vice president, “I had never been up in the residence” while Obama was president.

Still, there is plenty of goodwill between the two men, sources say, and the Biden White House includes dozens of former Obama aides including chief of staff Ron Klain and press secretary Jen Psaki.

Obama was one of the most sought after surrogates on the campaign trail in 2018 and 2020, along with Michelle Obama. A 2018 Gallup poll put Obama’s approval rating at 63 percent, while a May 2020 Fox News poll showed Obama had a higher favorability rating than either Biden or then-President Trump.

Biden can’t help but hope that rubs off on him given his anemic approval ratings, which have Democrats worried about what’s coming in this falls midterms.

“Anytime you have a popular ex-president that is never a bad thing for a White House to be associated with, especially when you think of the history between President Biden and President Obama,” said Democratic strategist Joel Payne. “That said, President Obama presents limited value for the Biden White House right now given the multiple crises they are managing in real time.”