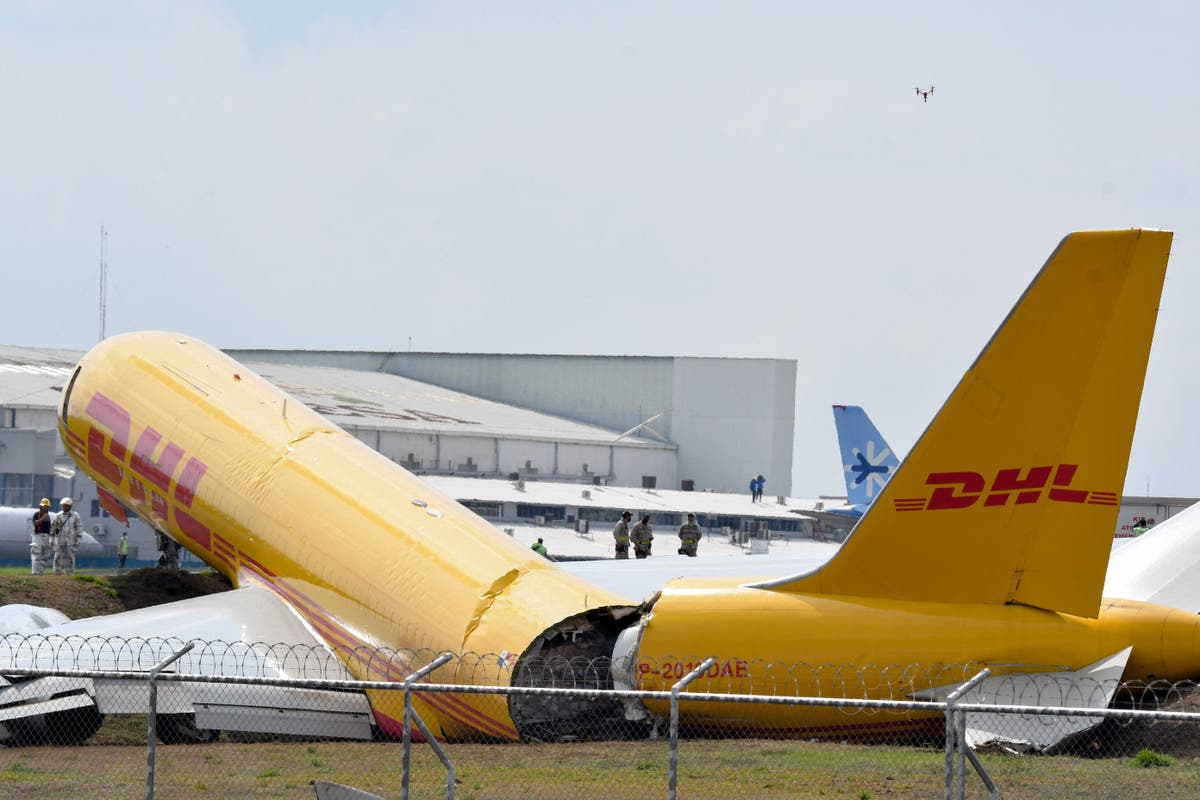 A DHL cargo jet broke in half after sliding off the runway as it made an emergency landing at San Jose’s international airport in Costa Rica.

Costa Rica’s Juan Santamaria International Airport was closed after the accident involving the Boeing 757-200 cargo aircraft, which saw a the pilot and co-pilot evacuated unharmed.

DHL, which is owned by Deutsche Post AG, said that “one crew member is undergoing medical checks as a precaution.”

Airport operator Aeris said that the crash impacted 57 commercial and cargo flights to and from the United States, Central America, Mexico, Canada and Europe, and 8,500 passengers.

The aircraft, which was heading to Guatemala, suffered a failure of its hydraulic system, causing the pilot to request an emergency landing back at the airport on the outskirts of San Jose shortly after take-off, according to Reuters.

Héctor Chaves, director of he Costa Rica Fire Department, said that after landing the aircraft skidded, turned 180 degrees and cracked in two.

“Units mobilized to remove the pilot and co-pilot,” Mr Chaves said. “Then they applied foam to prevent a spill and now they are working on an earthen dike to avoid any fuel from reaching the drainage system.”

DHL said that it was working with airport officials to have the stricken plane removed from the runway to help normal operations resume.

“DHL’s incident response team has been activated and an investigation will be conducted with the relevant authorities to determine what happened,” the company said.

The plane was being operated by the company’s subsidiary Aero Expreso.