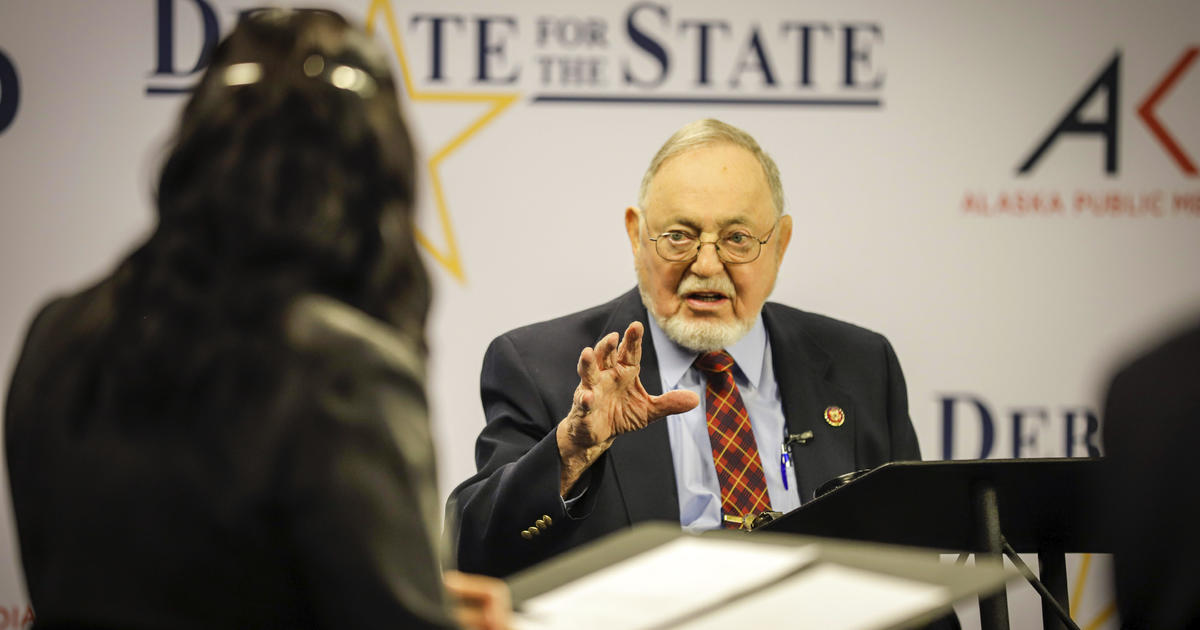 Congressman Don Young, the dean of the House, has died, his office confirmed Friday. He has served in the House for nearly half a century.

Young died Friday while traveling home to Alaska, according to a statement shared on his Facebook page.

“It’s with heavy hearts and deep sadness that we announce Congressman Don Young (R-AK), the Dean of the House and revered champion for Alaska, passed away today while traveling home to Alaska to be with the state and people that he loved, “the statement said. “His beloved wife Anne was by his side.”

Young, a Republican, announced last year that he would run for another term this year.

He survived a bout with COVID-19 that hospitalized him in 2020.

Among other things, Young was famous for his “Alaskan of the week” presentation, which took place at the end of every week and featured an Alaskan who was doing something noteworthy or good for the community.

Young was known for his sense of humor and bluntness, and was appreciated by members on both sides of the aisle.

In announcing his death, his office also cited one of his more famous quotes.

“Every day, I try to do something for somebody and some group,” Young once said, according to his office. “And every day I try to learn something new. We all go into the ground the same way. The only thing we leave behind are our accomplishments.”

Alaska Governor Mike Dunleavy called Young a “great friend” and said “Alaska is a better place because of Don Young.”

“I am deeply saddened to hear of the passing of this amazing man who, in many ways, formed Alaska into the great state it is today,” Dunleavy tweeted. “Hours after being sworn into the U.S. House of Representatives, he was leading the historic battle for approval of the Trans-Alaskan Pipeline. Shortly after, he was impressively honored in 1973 as the ‘Freshman Congressman of the Year.'”

Kathryn Watson is a political reporter for CBS News Digital based in Washington, DC