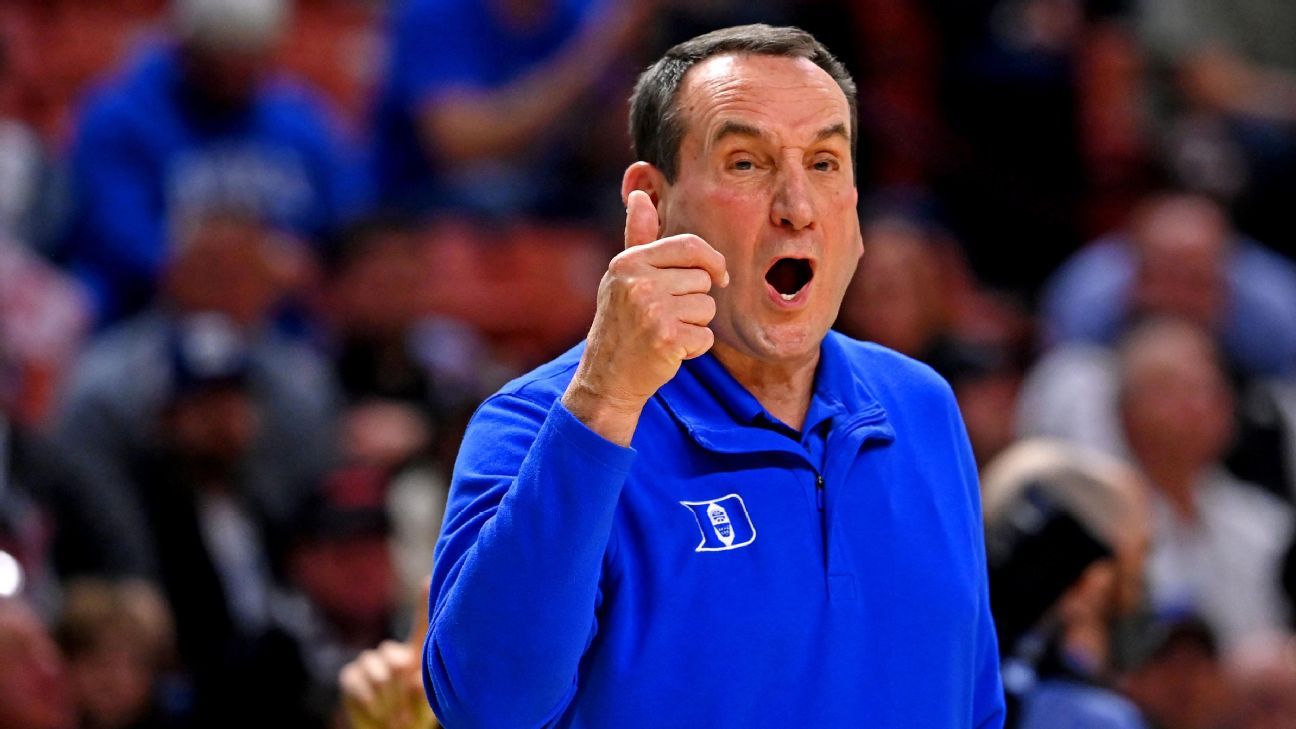 GREENVILLE, SC — Mike Krzyzewski’s final NCAA tournament got off to a strong start on the scoreboard, as Duke dominated Cal State Fullerton 78-61 on Friday night, but he was less than pleased with the environment his team had to play in.

Krzyzewski lauded his team’s effort as a big step forward after losing to Virginia Tech in last week’s ACC tournament, but he was miffed about a late-arriving crowd and slippery conditions on the court at Bon Secours Wellness Arena.

“There was no crowd when guys were warming up,” Krzyzewski said. “And that damn floor was slippery on both ends.”

Duke’s game tipped off at 7:10 pm, a little more than 90 minutes after the previous game between USC and Miami wrapped. The tight turnaround time left hundreds of fans crowding the entry points to get into the arena, with long lines remaining midway through the first half. Krzyzewski said the sparse crowd for shoot around and the early action made for a placid setting as his team began its tournament run.

“If there’s some way in the future they can change that because these kids from both teams need to go out on the court and have band, crowd and whatever,” Krzyzewski said. “They shouldn’t have empty seats.”

Moreover, Duke players slipped repeatedly on the court — a space typically used for hockey — and Krzyzewski said there was a potential for serious injury as a result.

“Somebody should look at it,” Krzyzewski said. “That’s not good. We’ve got to be concerned about that.”

Krzyzewski joked that he’d phoned Nike’s offices to ensure the slips weren’t due to shoe issues, a reference to Zion Williamson’s famed sneaker blowout in 2019. Despite the jokes, Krzyzewski said there was a real risk to some of his current stars, too.

Krzyzewski said forward Paolo Banchero slipped in front of the Duke bench during warm-ups, and junior Wendell Moore endured a nasty fall that sent him to the sideline to loosen up on an exercise bike at one point.

“I’m definitely doing better,” Moore said afterwards. “Hip is a little tight. Once I got it moving again in the second half, I thought it was definitely okay. I’ll get it checked out later. I’ll be good to go Sunday either way.”

As far as Duke’s performance, however, it was all praise after the win.

Duke had dropped its final regular-season game, against North Carolina, and lost in the ACC tournament final to the Hokies. Krzyzewski chalked up those struggles to the grind of a long season, but also the massive spotlight on his team as he checked off one final benchmark after another in his storied career.

“The season is so long, and they are a young group,” Krzyzewski said. “So when they accomplished and won the regular season, I thought they took a breath — a deep breath. Then we had my screwy weekend and then right away three games in the ACC. There wasn’t really a time to recalibrate, and I thought we did that this week. Again, it was good enough for tonight. Hopefully we can build on it.”

Perhaps the biggest takeaway, Krzyzewski said, was that his team got 40 minutes of tournament experience. Duke hadn’t played a tournament game since 2019, and only three players — Joey Baker, Theo John and Bates Jones — had previously played in a tournament game.

But Krzyzewski was also quick to note that one game was only a step. Duke needs to win five more to send him off with a sixth national title.

Friday’s game offered a sense that was possible, Moore said, even if the journey is just beginning.

“It’s really just a step in the right direction,” Moore said. “We got better this week in practice. I definitely feel like everything we worked on in practice kind of translated into the game today. So we can keep building on what we’ve been learning, what we’ve been working on. I think soon we’ll reach our full potential.”