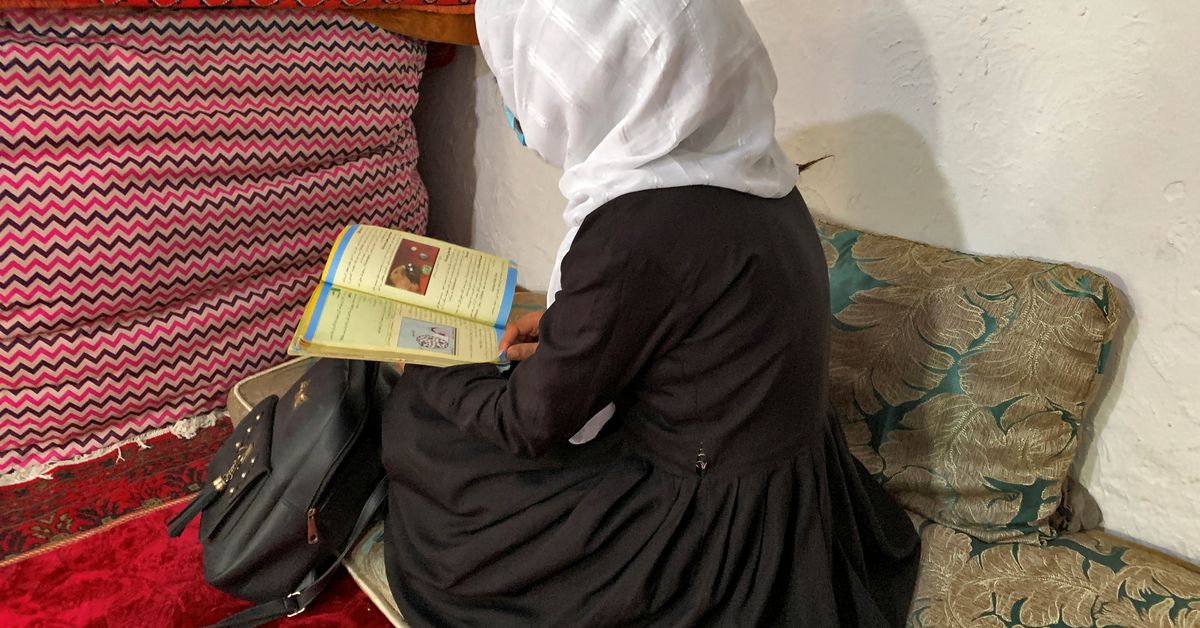 KABUL/WASHINGTON, March 25 (Reuters) – The United States abruptly canceled meetings with the Taliban in Doha that were set to address key economic issues, officials said on Friday, after Afghanistan’s Islamist rulers reversed a decision to allow all girls to return to high school classes.

The cancellation of talks was the first concrete sign that recent Taliban moves on human rights and inclusivity could directly impact the international community’s willingness to help the group, some of whose leaders are under US sanctions.

“Their decision was a deeply disappointing and inexplicable reversal of commitments to the Afghan people, first and foremost, and also to the international community,” a US State Department spokesperson told Reuters.

“We have canceled some of our engagements, including planned meetings in Doha, and made clear that we see this decision as a potential turning point in our engagement.”

Three sources familiar with the matter told Reuters that the series of meeting between US and Taliban administration officials were set to take place on the sidelines of a conference in Qatar’s capital on Saturday and Sunday.

Some of the meetings were to have included United Nations and World Bank representatives, the sources added.

An Afghan foreign ministry spokesman confirmed that a Taliban delegation, including the acting foreign minister, had been expecting to go to Doha.

The talks were designed to cover issues including the independence of the Afghan central bank and the printing of Afghani currency bank notes.

Also up for discussion were a humanitarian exchange facility to free up cash and hundreds of millions of dollars of funding currently held in a World Bank Trust Fund that is earmarked for Afghanistan’s education sector, according to the three sources.

They declined to be named because they were not authorized to speak with the media.

“The Qatari jet that was meant to collect Muttaqi’s delegation in Kabul has not turned up,” said a diplomatic source, referring to Acting Foreign Minister Amir Khan Muttaqi.

The Qatari government’s communications office did not immediately respond to a request for comment.

The move shows the headwinds the Taliban administration faces in accessing foreign aid and freeing up the banking sector. Hard currency shortages have fueled inflation and worsened the economic crisis.

The Taliban have also been unable to access billions of dollars in foreign reserves held overseas as governments including the United States refuses to fully recognize them.

In addition to the crippled financial system, the sharp drop in development funding that once amounted to billions of dollars and helped the Afghan government to function has exacerbated food shortages and poverty.

Roughly 23 million people are experiencing acute hunger and 95% of the population are not eating enough food, according to the United Nations.

Washington and its allies have insisted that the Taliban, who banned girls from school and most women from work the last time they ruled, improve their human rights record.

The Taliban, who fought an insurgency that toppled the Western-backed government last August, have also been accused of suppressing free speech, violently breaking up protests and exacting deadly revenge on their former foes.

The group says it will honor everyone’s rights within its interpretation of Islamic law and has vowed to investigate specific allegations of abuse.

The Taliban on Wednesday backtracked on their previous commitment to open high schools to girls, saying that they would remain closed until a plan was drawn up for them to reopen.

The U-turn shocked many, leaving students in tears and sparking small protests by girls in Kabul. It also drew condemnation from humanitarian agencies and foreign governments. read more

“They are definitely shooting themselves in the foot,” said Graeme Smith, a senior consultant at International Crisis Group, of the decision on girls’ education.

A major donor summit for humanitarian aid is set to take place this month, co-hosted by Britain, in an effort to help raise $4.4 billion in funding the United Nations says it needs to meet urgent needs in the country.

Diplomats and aid groups fear that the war in Ukraine, combined with the Taliban’s decision on girls’ schooling, will make it harder to raise the money.

“The decision is understandable,” John Sifton of Human Rights Watch said of the US move. “The US and other donors need to communicate to the Taliban that their actions are unacceptable.”

“At the same time, the cancellation of this important meeting is tragic … The Afghan economy has collapsed, and millions are facing acute malnutrition. People are dying of starvation every day.”

Additional reporting by Andrew Mills in Doha and Humeyra Pamuk in Washington; Editing by Mike Collett-White