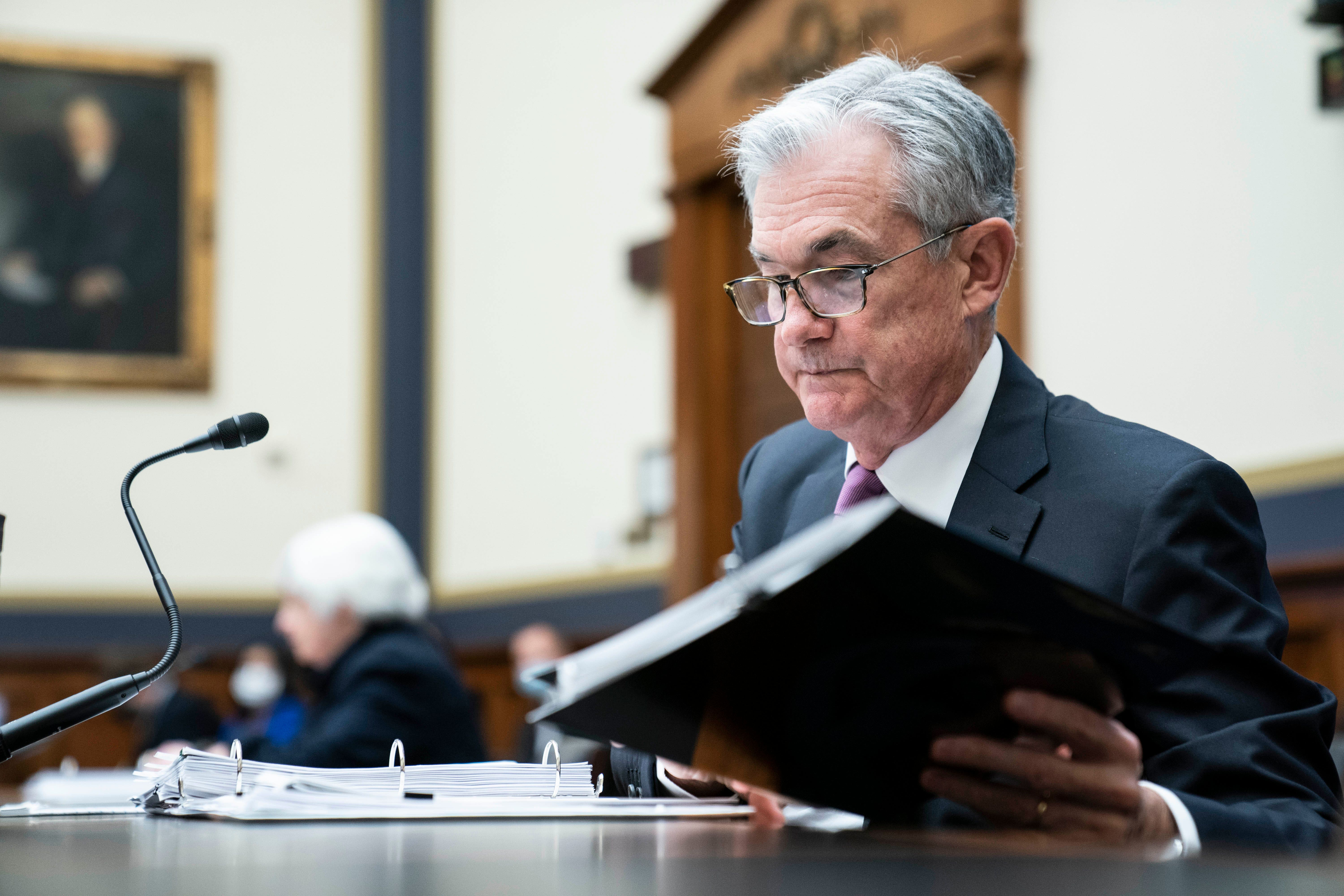 Federal Reserve Governor Christopher Waller said Friday the US central bank should consider enacting a half-point interest rate hike at some point this year and begin unwinding the balance sheet by July in order to combat “raging” inflation.

Waller, during an interview on CNBC, said he believes the Fed needs to “front-load” interest-rate increases, although he voted for a 25-basis-point move this week due to uncertainty from the Russian invasion of Ukraine.

“The data is basically screaming at us to go 50, but the geopolitical events were telling you to go forward with caution,” he said, adding: “Going forward that will be an issue whether to think about going 50 in the next couple of meetings or not. But the data certainly seem to suggest that we move in that direction.”

Fed policymakers voted 8-1 this week to raise the benchmark federal funds rate by 25 basis points and projected at least six more, similarly sized increases over the next year. (The lone dissenter, St. Louis Fed President James Bullard, pushed for a half-point hike). The projections, known as the dot plot, show that at least half of the 16 Fed officials believe the hottest inflation in four decades warrants more aggressive tightening.

“We’re in a different place than we were before,” Waller said. “We have a much bigger balance sheet, the economy’s in a much different position. Inflation is raging. So, we’re in a position where we could actually draw down a large amount of liquidity out of the system without really doing much damage. ”

His comments came just hours after Bullard argued that the Fed needs to raise rates to at least 3% this year – the equivalent of 12, quarter-point hikes.

“The combination of strong real economic performance and unexpectedly high inflation means that the Committee’s policy rate is currently far too low to prudently manage the US macroeconomic situation,” Bullard wrote in a Friday statement. “The Committee will have to move quickly to address this situation or risk losing credibility on its inflation target.”

But observers noted that it’s unusual for a Fed governor to openly disagree with the chair and could be evidence of simmering discontent. Both Powell and Waller were appointed by former President Trump.

“What’s noteworthy here, aside from the hawkishness, is that Fed Governors rarely dissent,” Axel Merk, the CEO of Merk Investments, tweeted. “A shot across bow from a Fed Governor is a sign Powell struggles herding the cats. Where will this lead to?”

Merk said the last time that a Fed governor publicly disagreed with the chair was in 2005, when Ben Bernanke led the central bank.

“It’s too early to talk about a revolt at the Fed, but when a Fed governor openly disagrees with Fed policy, it’s worth keeping an eye on,” he said.