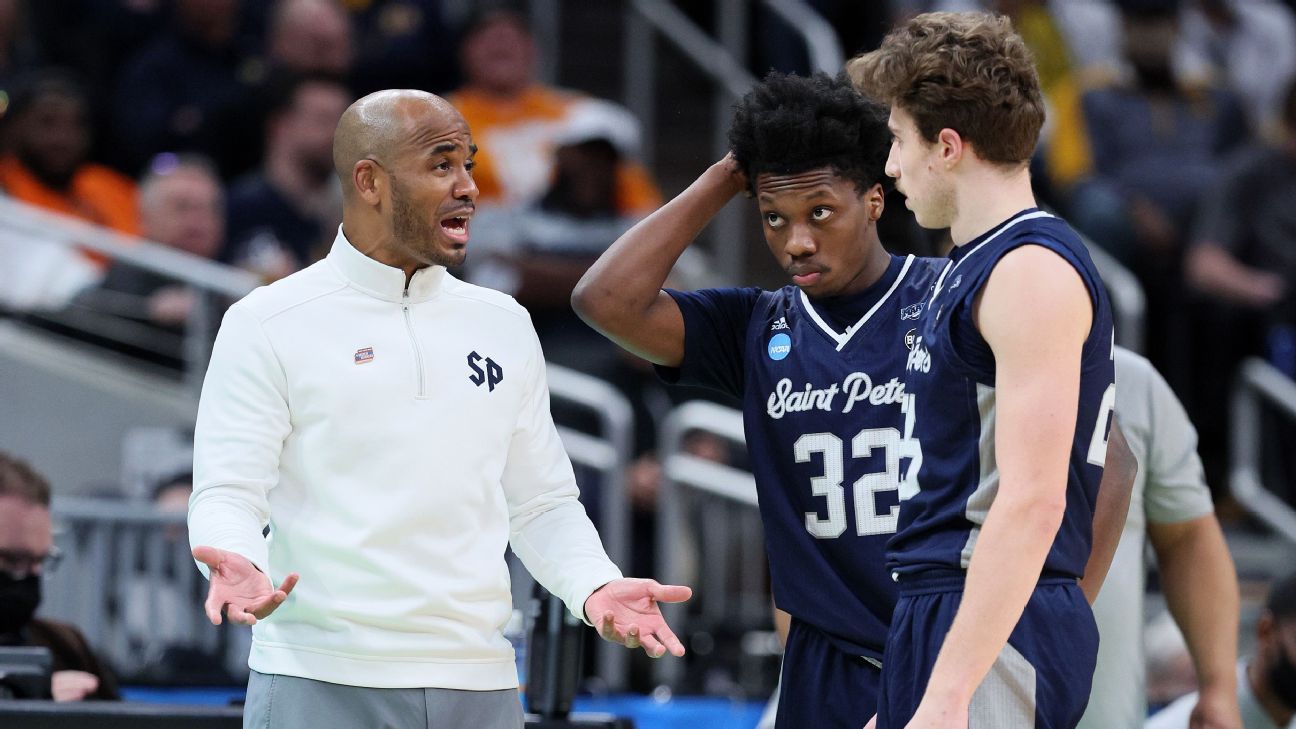 PHILADELPHIA — One of the most endearing facets of St. Peter’s NCAA tournament run is the proportional size of the school’s athletic budget compared to the schools that it has slayed in the NCAA tournament.

St. Peter’s has beaten No. 2 Kentucky, No. 7 Murray State and No. 3 Purdue, which is remarkable considering St. Peter’s spent $130 million less on athletics last year than Kentucky. St. Peter’s athletic director Rachelle Paul said the school’s basketball operating budget, which does not include coaching salaries, is less than $250,000 and the lowest number, by far, in the Metro Atlantic Athletic Conference.

As No. 15 St. Peter’s plays No. 8 North Carolina for a chance at the Final Four on Sunday, a vexing question will loom for the MAAC and St. Peter’s going forward. How do they split up the spoilers from St. Peter’s magical run?

NCAA tournament money math is wonky, but it’s safe to estimate that St. Peter’s three wins in the NCAA tournament will mean a windfall of at least $6 million in additional money from the three extra NCAA units. That money is distributed to the MAAC over the next six years, and the league has autonomy as to how to distribute the money.

“I would like to see however it’s distributed among the members of the MAAC, I’d like to see St. Peter’s get a little bit more,” Paul said. “We’re the ones doing this, quite frankly.”

Paul added that St. Peter’s accomplishment and accompanying financial uptick are “unprecedented.” MAAC Commissioner Rich Ensor, who is a St. Peter’s graduate, acknowledges this but said there’s unlikely to be a windfall headed St. Peter’s way.

Ensor said the ultimate decision on how to fairly compensate St. Peter’s is something that he’d have to “take up with my board,” which is made up of MAAC presidents. Ensor said there’s already a distribution system in place that allows for a “modest” slice of money for teams that have won in the tournament. The rest of the excess money is expected to be dedicated toward improving basketball in the league.

“I don’t anticipate there’s going to be a jackpot,” he said of St. Peter’s. “(The presidents) could go in a different direction. It’s really not my call. They tend to want to re-invest.”

For a league like that MAAC, which lacks the revenue of major football conferences, a run like this is transformative. The MAAC hasn’t received more than one unit in the NCAA tournament since 2009.

The MAAC, like all conferences with an automatic bid in the NCAA tournament, is guaranteed one unit every year. This year, those units are worth $338,210.96, according to the NCAA. Those units are paid out over six years, and according to the NCAA they fluctuate with broadcast rights. So that means each unit is worth at least $338,210.96 over six years, or $2,029,265. For the MAAC, that means this run is worth more than $8.1 million, $2 million of which was already guaranteed. How could a bigger slice of that money dedicated to St. Peter’s help the infamously cash-strapped program?

St. Peter’s coach Shaheen Holloway makes nearly $266,000 per year, according to the latest available tax documents. (The possibility of him leaving for Seton Hall, his alma matter, looms in part because they can pay him nearly ten times more than St. Peter’s.)

The St. Peter’s basketball staff has four members who are completely unpaid, according to Paul. And even St. Peter’s as a university has a smaller endowment ($37 million) than the total amount of Kentucky coach John Calipari’s current contract ($86 million). Paul said the modest basketball operating budget doesn’t even include things like paying officials, as fundraising is required for things that many have money allocated for.

“I would say we’ve got a ways to go to just get to a point where we’re comfortable not crunching numbers for every road trip and every hotel,” she said. “I’m probably making it sound more dire than it is. But we’re very conscientious about what we spend the money on. It only goes so far.”

When St. Peter’s run does end, there will be a lot of eyes on campus as to how they are rewarded financially for their efforts.