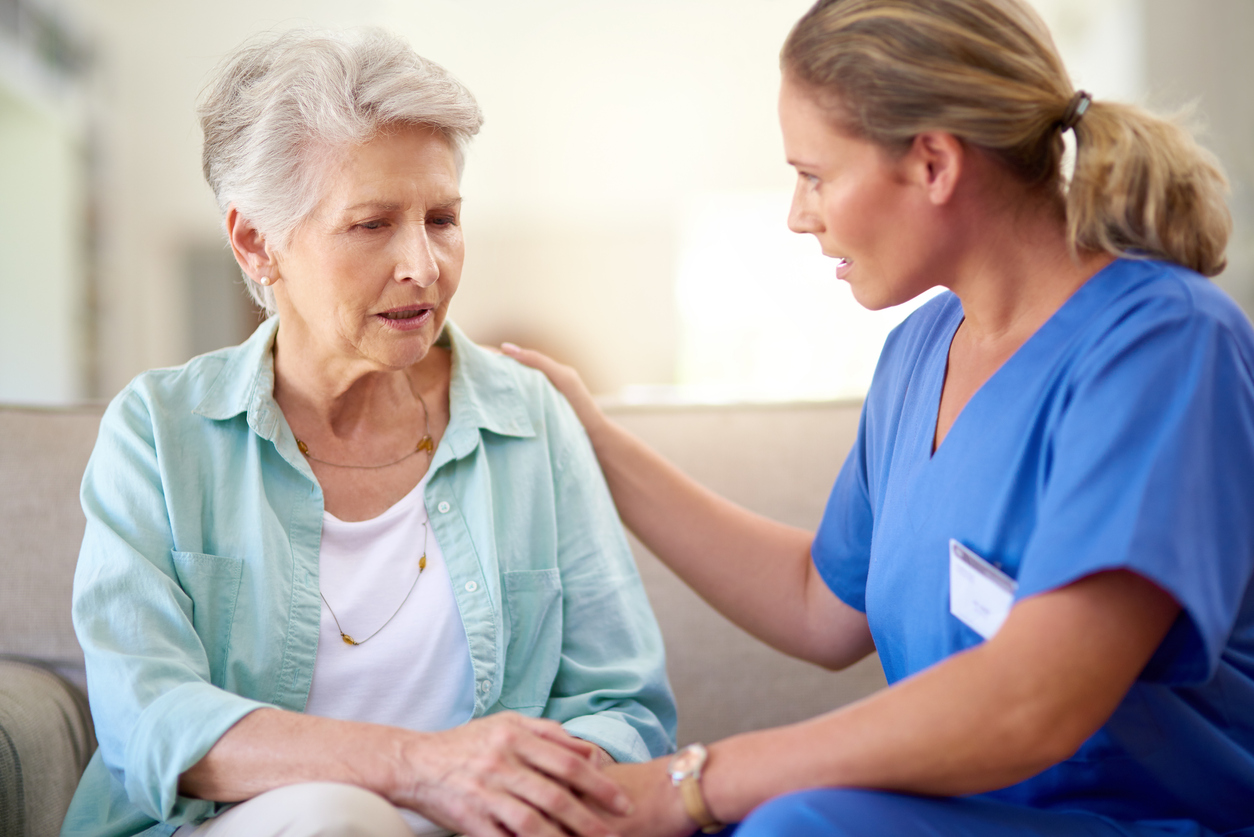 We can expect our bodies to undergo plenty of changes as we age, requiring special attention or treatment in some cases. But while certain health risk factors such as high cholesterol can be spotted with tests during a routine checkup, noticing dementia in its beginning stages often requires catching red flags that appear in your everyday life. And according to experts, forgetting four specific things can be an early warning sign of Alzheimer’s disease. Read on to see how you can quickly recognize the condition.

RELATED: If You Notice This While Walking, It Could Be an Early Sign of Dementia.

According to a new report released by the Alzheimer’s Association, the earliest stages of the neurological disease can first appear as an affliction known as mild cognitive impairment (MCI). But research shows that while the condition affects roughly one in seven adults over the age of 60, it can be difficult for many to spot it due to a lack of awareness: A recent survey found that 81 of patients believed that symptoms caused by MCI were apart from “normal aging.” Despite this, experts point out that there are still specific signals you’re dealing with the onset of Alzheimer’s disease.

Experts say picking up on MCI can be difficult because it involves noticing a pattern of behavior change that often gets missed by those experiencing it. For this reason, doctors and healthcare providers will often rely on information from close family members or spouses to help assess whether or not the condition is possibly affecting someone.

According to Pierre Tariot, MD, director of the Banner Alzheimer’s Institute in Arizona, many of the changes are overlooked because they are not yet affecting someone’s ability to function in their daily lives. But if a patient goes from being very organized with their schedule to struggling to remember important appointments suddenly without the help of a loved one or caretaker, he could be a warning sign that warrants a trip to the doctor for further examination, he told NPR.

Many tend to fear the worst when they notice what they think are the first signs of cognitive decline. But experts point out that other health problems or environmental factors could cause some memory-related symptoms.

Fortunately, a trip to the doctor can help determine if any other underlying causes could be to blame for the changes in behavior and sometimes can be treated. “If there’s a vitamin B12 deficiency, it does actually mimic mild cognitive impairment or even early Alzheimer’s dementia,” Carrillo explains. “And that can be solved with vitamin B12 injections.”

According to the Mayo Clinic, other behavioral changes besides memory-related issues could be a symptom of MCI, including depression, anxiety, apathy, or irritability and aggression. The condition may also affect someone’s judgment and make them more impulsive. Increasing age and genetic predisposition can also raise your risk of the disease, as can diabetes, high blood pressure, elevated cholesterol, obesity, lack of exercise, and a lack of mentally or socially stimulating activities.ae0fcc31ae342fd3a1346ebb1f342fcb

Fortunately, discovering you have MCI doesn’t guarantee the condition will worsen over time. The Alzheimer Association’s latest report says that “over a five- to 10-year period after a diagnosis of MCI due to Alzheimer’s disease, 30 to 50 percent of people progress to Alzheimer’s dementia.” However, experts stress that early diagnosis and treatment can be vital in tackling the disease, especially with newly developed testing that can spot specific biomarkers for MCI or Alzheimer’s.

“The earlier you get on treatment, the better,” Carrillo told NPR.

RELATED: If You Notice This in the Bathroom, It Could Be an Early Sign of Dementia.