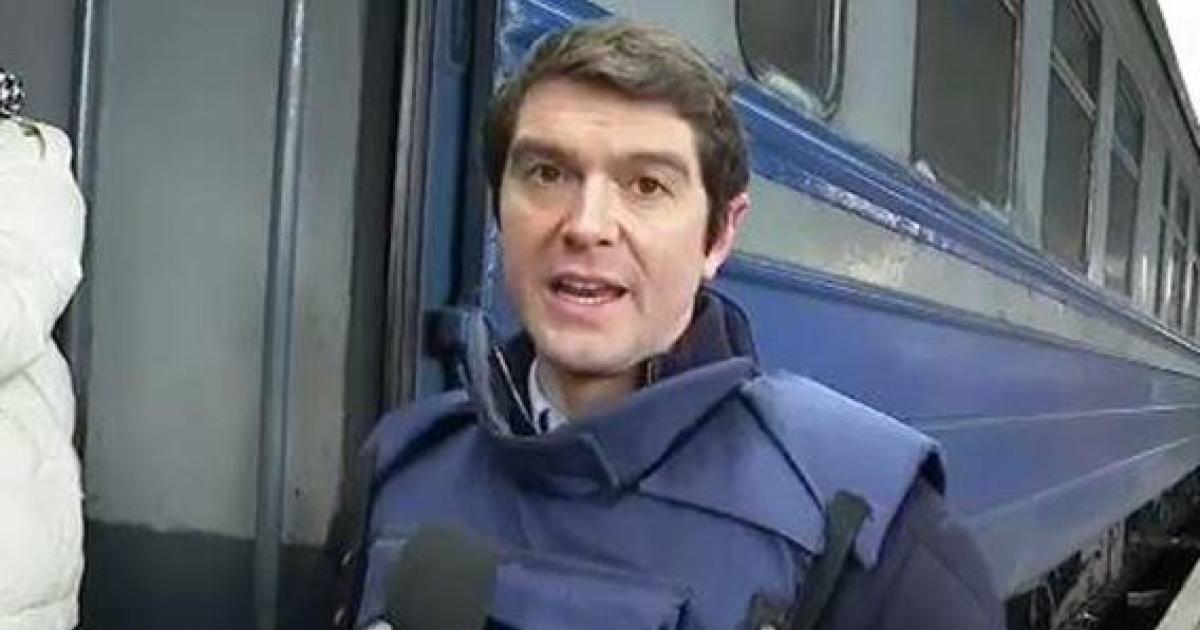 Fox News correspondent Benjamin Hall made his first public comments on Thursday since he and his colleagues came under attack while reporting in Ukraine in March. Hall detailed the gruesome injuries he sustained during the attack — which also killed two of his colleaguesFox News cameraman Pierre Zakrzewski and fixer Oleksandra “Sasha” Kuvshynova — but said he felt “pretty d*** lucky to be here.”

“Its been over three weeks since the attack in Ukraine and I wanted to start sharing it all,” Hall tweeted. “But first I need to pay tribute to my colleagues Pierre and Sasha who didn’t make it that day. Pierre and I traveled the world together, working was his joy and his joy was infectious. RIP”

Hall also posted a picture of himself on a stretcher, writing, “To sum it up, I’ve lost half a leg on one side and a foot on the other. One hand is being put together, one eye is no longer working, and my hearing is pretty blown.”

Fox News CEO Suzanne Scott said at the time that Zakrzewski had “covered nearly every international story for Fox News from Iraq to Afghanistan to Syria during his long tenure with us,” adding that “his passion and talent as a journalist were unmatched.”

Scott said the 24-year-old Kuvshynova was “incredibly talented” and had spent weeks helping the network’s crews navigate Kyiv, gathering information and communicating with sources, “operating around the clock to make sure the world knew what was happening in her country. ”

Anton Gerashchenko, advisor to Ukraine’s ministry of internal affairs, said Kuvshynova and Zakrzewski were killed by “artillery fire from Russian-fascist forces,” but the network did not attribute their death to a specific nation.

The news came just a day after another American journalist, Brent Renaud, was shot and killed in Ukraine. The head of Kyiv’s regional police force said Renaud was killed and another journalist was wounded by Russian forces in the town of Irpin outside the capital of Kyiv as they were traveling to film refugees.

Before Hall was injured, he had recently made headlines for rebuking Greg Gutfield, co-host of the Fox News political talk show “The Five,” after he said on-air that the reporting from Ukraine “is a lot like other stories that we ‘ve gone through in the digital age in which an image is taken and then played over and over and over again to create some kind of emotional response out of you, because that makes a profit for news companies.

“This is not the media trying to drum up some emotional response,” Hall said. “This is absolutely what’s happening.”

“It is an absolute disaster,” he added. “And the people caught in the middle are the ones who are really suffering.”

Victoria Albert is a Sr. News Editor at CBS News. Reach her at victoria.albert@viacomcbs.com