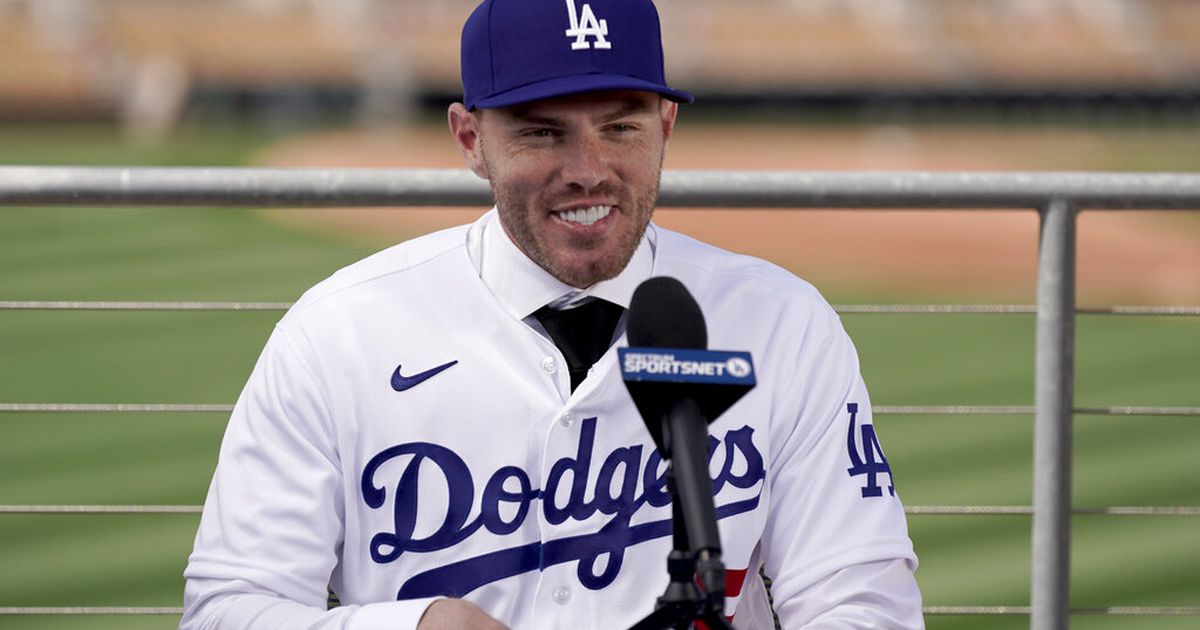 “I saw them. Yeah. That’s all I’ll say,” Freeman said of the tears.

He discussed in some detail the sequence of events that ended with him changing teams.

He noted “nothing really happened” regarding negotiations with the Braves for a new contract between the end of the 2020 season and the start of spring training last year, “and nothing really happened in spring training as well until a couple of days before opening day . Nothing was really coming to fruition as the (2021) season went on. There were no talks. … And when you get to free agency … all bets are off.”

He became a free agent on the day after the Braves won the World Series.

“I didn’t think I would ever get to free agency, if we’re being honest about it,” he said.

And once he got there, he appeared surprised with how the Braves handled the process.

“The communication wasn’t all there in the offseason,” he said. “I got two phone calls (from the Braves) all offseason. I got more from (Dodgers president of baseball operations Andrew Friedman) to my agents in a matter of a couple of hours.

Freeman was drafted by the Braves at age 18 in 2007, reached the big leagues with them in 2010 and started at first base for them the past 11 years.

“I think I (was) pretty honest throughout the whole 2021 season — and prior to that — that I thought I was going to spend my whole career there,” Freeman said. “But, ultimately, sometimes plans change, and plans did change.

“It was a whirlwind of a process, especially when the lockout lifted. Things moved fast in a whole bunch of different ways that we weren’t really expecting. … They made their decision to make the trade (for Olson), and at that point it was just time to come home.”

Freeman grew up in southern California and has a home there.

“When it came down to picking a team at the end, I have a 67-year-old dad and an 86-year-old grandfather that are now going to be able to watch me play every single day,” he said. “I don’t want to be anywhere else right now. … This is home.

“If it wasn’t going to be the Braves, I think that was the best decision. … When that door (with the Braves) got closed, there were a couple of other teams that made a strong push at the end, but ultimately … we just wanted to come home when that door got closed.”

In the end, Freeman got a six-year, $162 million contract from the Dodgers, and it reportedly includes some deferred payments that lower its current value. The Braves had a reported five-year, $140 million offer on the table before turning to the Olson trade.

Freeman carries with him to Los Angeles the special memory of winning a World Series championship in his final game with the Braves.

“When you spend such a long time in an organization, to be able to finally accomplish that, I’m forever grateful for my time there and what we accomplished last year,” he said.