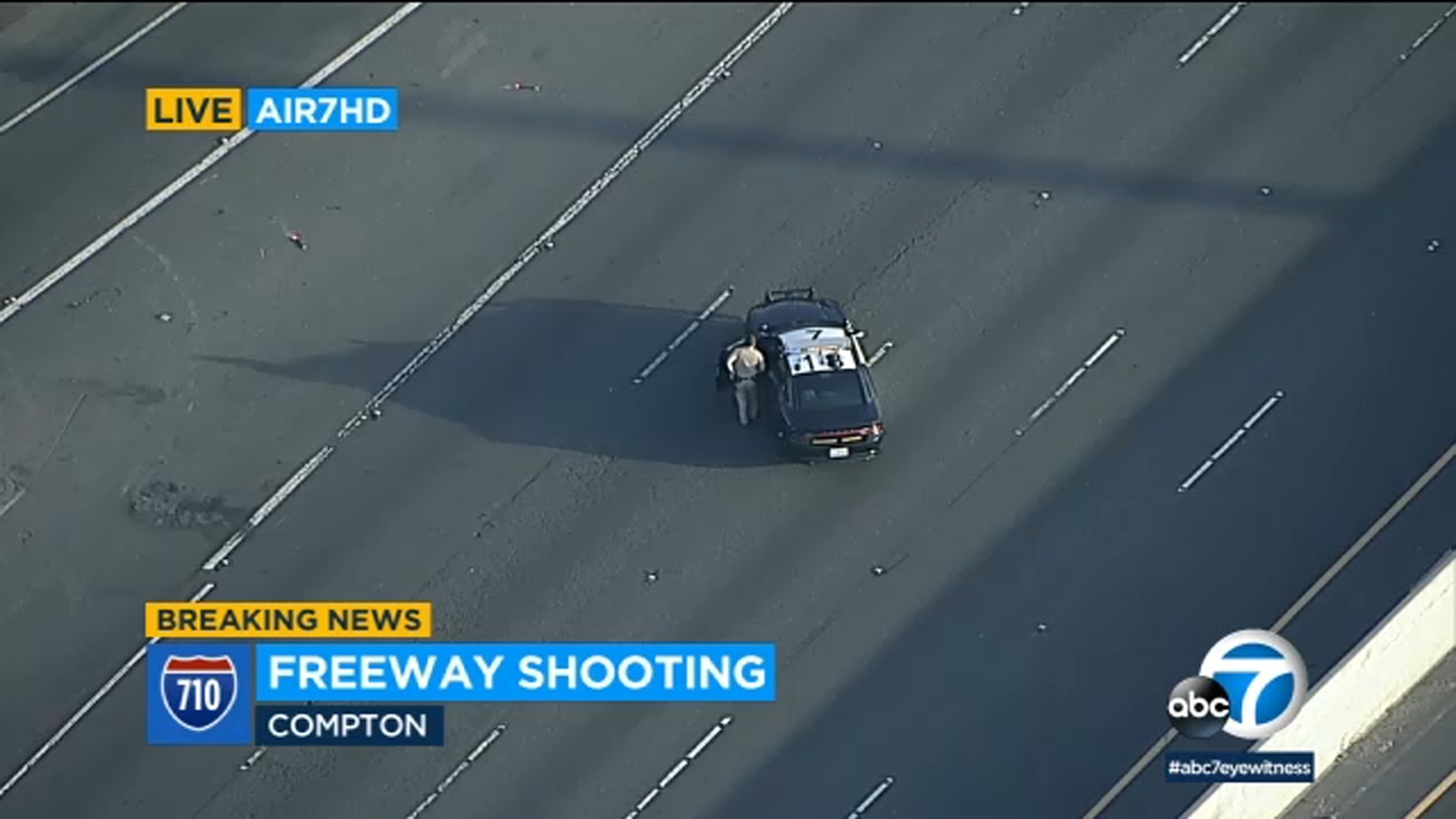 COMPTON (KABC) — A man and a young child were sent to the hospital with injuries after someone fired shots at their car on the 710 Freeway in Compton, authorities say.

It happened at around 5:41 pm Tuesday along the northbound lanes of the 710 Freeway, just south of the 105 Freeway, near Alondra Boulevard.

According to the California Highway Patrol, a woman was driving with two passengers – a man and a child – when the suspect drove alongside them and began shooting at them.

The woman, who wasn’t injured, was able to pull over and call 911, officers said. Both the man and child were hit by shattered glass and were sent to Long Beach Memorial Hospital with minor injuries.

Officers say no one was struck by gunfire.

The suspect fled the scene. CHP did not have a description of the suspect or the vehicle he or she was driving.

This comes as CHP continues to search for a suspect who fled the scene of a separate shooting along the 710 Freeway in Bell Gardens.

That incident happened shortly before 1 am Tuesday on the northbound lanes of the freeway near the Florence Avenue off-ramp, according to CHP.

Authorities say the driver of a black sedan fired an unknown number of shots at the victim’s car. The victim, who has not been identified, managed to pull over and call 911. He was taken to St. Francis Hospital but died shortly after.

It’s unclear if the two incidents are connected.