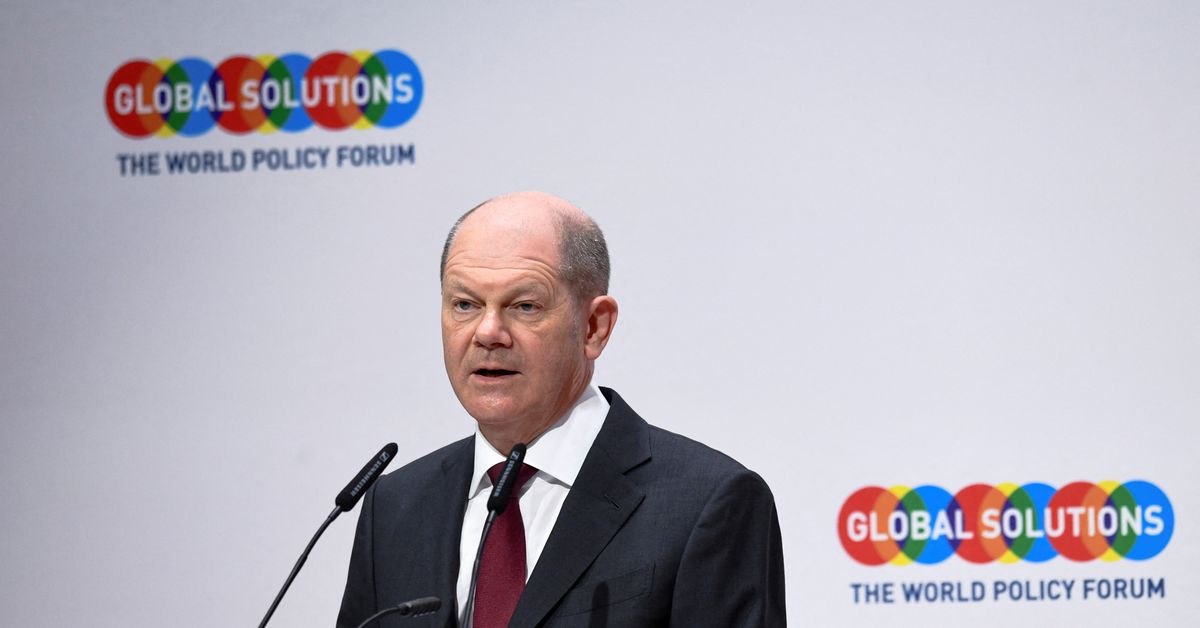 BERLIN, March 30 (Reuters) – Germany will continue to pay for Russian gas in euros or dollars, a government spokesman said, adding that Russian President Vladimir Putin had told the German chancellor nothing would change for European partners despite his plan for ruble payments.

Russia has said that because of Western financial sanctions over Ukraine, it plans to require payment for its energy exports – especially the gas that Germany depends on – in rubles rather than the usual euros or dollars from April 1.

In a phone call between the leaders, Putin told German Chancellor Olaf Scholz that nothing would change for European partners and payments would be made in euros and transferred to Gazprom bank, which would convert the money into rubles, the German spokesperson said.

“Scholz did not agree to this procedure in the conversation, but asked for written information to better understand the procedure,” said the spokesperson.

He added that a Group of Seven agreement, stating energy supplies from Russia would be paid for only in euros or US dollars, remained.

Economy Minister Robert Habeck, who earlier triggered an emergency plan to manage gas supplies, said the situation was difficult to read and the statements from Russia were not entirely clear.

He told ZDF television that Russia had not drawn its threat to stop gas deliveries if they were not paid for in roubles. “But there are first signals – not immediately and not so fast,” said Habeck.

He added that Germany was doing what it could to prepare for any disruption. Under the plans, Europe’s biggest economy could even ration power if the standoff hits supplies. read more

Earlier, the Kremlin said Putin and Scholz had agreed that experts from their countries would discuss how payment for Russian gas exports could be made in roubles, the TASS news agency reported.

Putin also outlined to Italian Prime Minister Mario Draghi a system for paying for Russian gas in rubles during a phone call between the two leaders, Draghi’s office said.