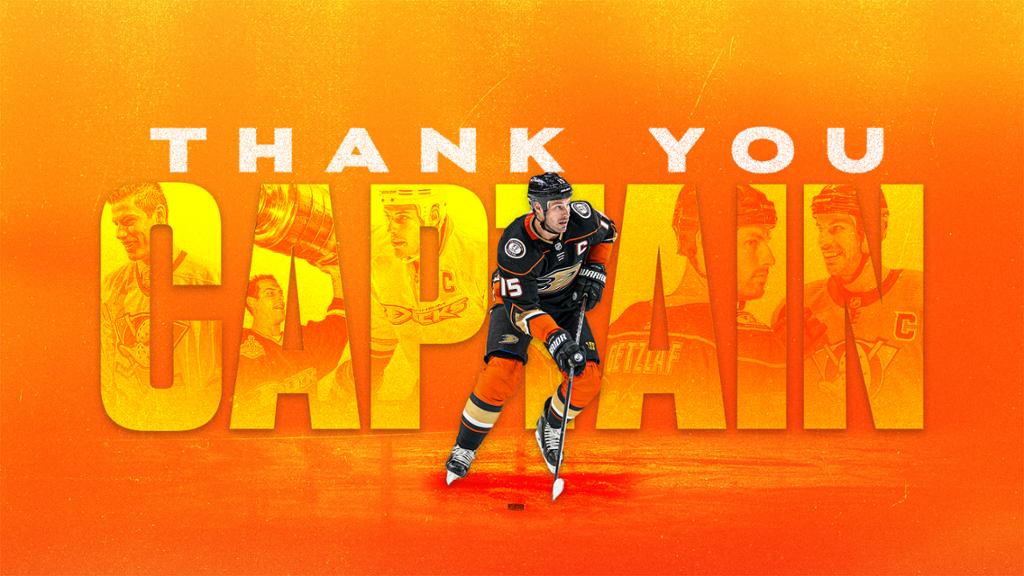 Duck captain Ryan Getzlaf today announced his retirement from the NHL at the conclusion of the 2021-22 season. His last home game will take place Sunday, April 24 when the Ducks host the St. Louis Blues at Honda Center (5:30 pm PT).

Getzlaf, 36 (5/10/85), is Anaheim’s all-time leading scorer in both the regular season and playoffs, and joins a group of 11 other players in NHL history to have captained the same team for 10 years and scored 1,000 points . He is also one of 13 players in hockey history to win two Olympic gold medals and a Stanley Cup championship, and one of 46 NHL players to record 1,000 points with a single franchise (more than 7,400 players have played in the NHL to date). He currently ranks in the top 100 on the NHL’s all-time points (88th) and assists (51st) list, and is one of 56 players in NHL history to record 700 assists.

“It’s been an honor to play in the NHL and spend my entire professional career with one organization,” said Getzlaf. “None of this would have been possible without my family, who offered unwavering love and support each step of the way. Thank you to our owners, Henry and Susan Samueli, for leading an organization committed to success on the ice, but more importantly, to making a positive impact in our community and to those in need.

“A special thanks to the general managers, coaches, support staff, teammates, and of course, our fans. Playing for the Ducks and living in Orange County is a dream for an athlete, and much of that is because of you. Thank you all.”

Getzlaf will hold a news conference at noon PT that will be streamed live on AnaheimDucks.com and on the Ducks/NHL mobile app.

“We are so proud of everything Ryan has accomplished in an amazing 17 years playing for the Ducks,” said Ducks Owners Henry and Susan Samueli. “While we will all remember his leadership qualities on the ice, it is his community-first approach that has cemented his legacy in Orange County. In addition to spearheading the Ducks Learn to Play Program and numerous other organizational charitable initiatives, he launched his own such event with the Annual Getzlaf Shootout to benefit CureDuchenne, raising over $4.27 million to date.

“Congratulations, Ryan. You’ve been our leader, our soul and our captain, leaving an indelible mark on our franchise that Ducks fans around the world will never forget.”