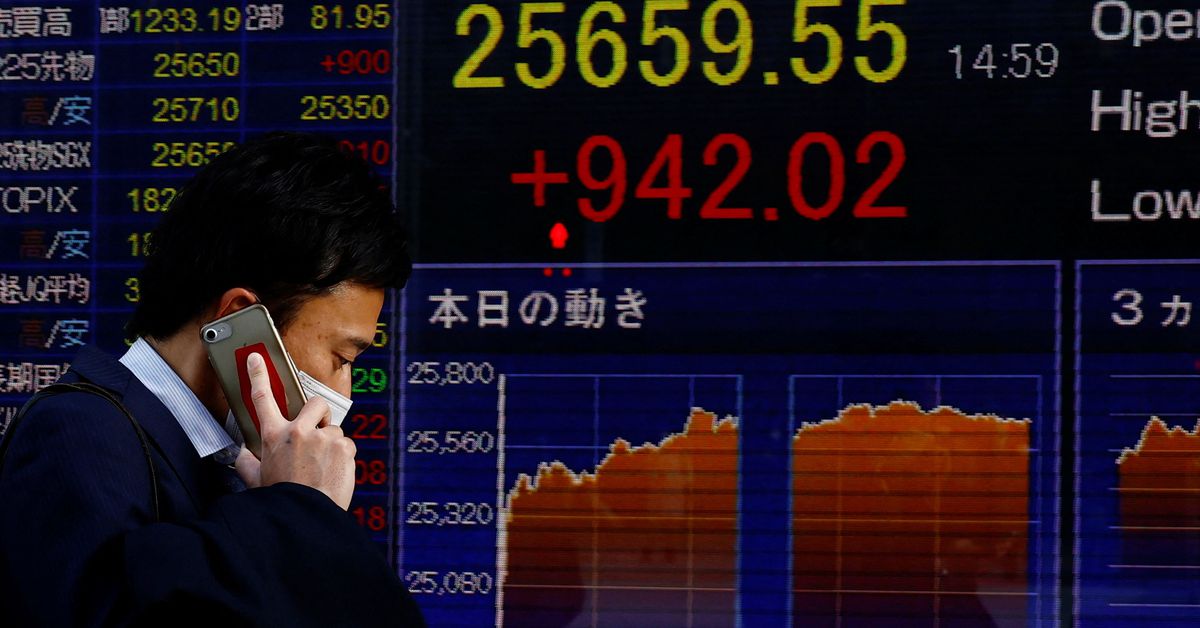 LONDON, April 8 (Reuters) – European shares rebounded on Friday but world stocks were still on track for their first weekly loss in four as the prospect of aggressive global rate hikes and geopolitical risks rattled investors.

Global risk appetite declined during the week as minutes from the Federal Reserve and European Central Bank showed policymakers are set to ramp up efforts to rein in inflation.

The pan-European STOXX 600 (.STOXX) was 1.3% higher as markets in Europe played catch-up with a modest bounce seen on Wall Street on Thursday.

Eddie Cheng, head of international multi-asset portfolio management at Allspring Global Investments, said European stocks’ move higher on Friday morning was “probably just a little bit of a repossession” from the week’s downward trend, but that investors were still concerned by the Fed raising rates and the war in Ukraine.

“A Macron victory would be welcomed by the markets as markets would price in diminishing political uncertainty and continued business-friendly administration,” said Lale Akoner, senior market strategist at BNY Mellon Investment Management.

A Le Pen victory, while still unlikely, is now within the margin of error before the first round of voting on Sunday, opinion polls show. read more

The spread between French and German 10-year yields was close to its widest level since April 2020 at 54.5 basis points.

In US bond markets, longer-dated Treasuries have borne the brunt of the this week’s selling as traders see the long-end hit the hardest by the Fed cutting its bond holdings.

The benchmark 10-year yield is up almost 27 bps to 2.6584% this week but was steady in early European trade.

The US dollar has been the primary beneficiary from rising US yields and the dollar index was higher for the seventh consecutive day and on track for its best week in five.

The stronger dollar has heaped pressure back on the euro and the struggling yen. Japan’s currency was near its lowest level in years and battling with 124.00, while the euro fell to its lowest level since March 7 at $1.0848.

Brent crude futures edged higher after earlier falling below $100 per barrel. US crude oil futures were up 0.8% to $96.76 per barrel.

Major cryptocurrencies posted small gains with Bitcoin trading at $43,813, although it was still on track for its second consecutive weekly drop.