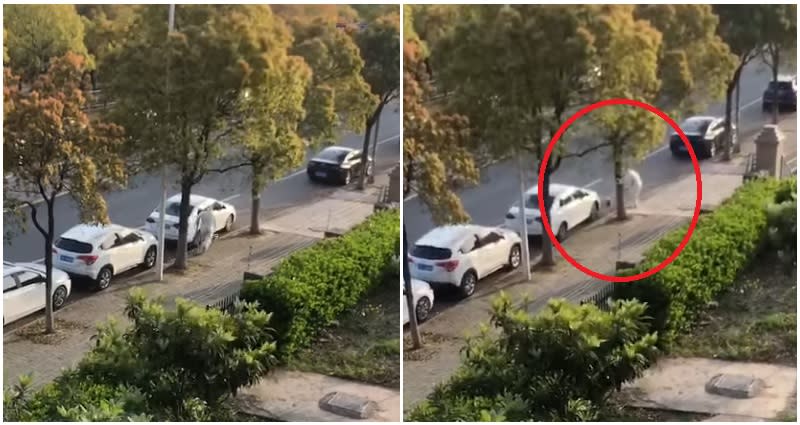 A video of a healthcare worker beating a corgi to death in Shanghai after its owners tested positive for COVID-19 has gone viral on Chinese social media.

The culling, roundly condemned by outraged Chinese netizens, was filmed amid a massive lockdown in the country’s financial hub following a surge of Omicron cases in late March. The dog’s owners, who needed to be quarantined, said they let their pet out on the streets, believing it would have a better chance at surviving there than inside their home alone with no one to feed it.

“We hoped to let him outside to be like a stray dog. We didn’t want him to starve to death,” one of the dog’s owners wrote in a group chat, which was screenshotted and later shared online. “As long as he could live, it would be OK. We never expected that he would be beaten to death.”

In a statement released via a state-run media outlet China News Weekly on Thursday, local neighborhood committee members said they had the corgi killed because they were “afraid of being infected.”

However, officials conceded that the incident was “thoughtless.”

Shanghai, China’s most populous city, was recently placed under a strict two-phase lockdown after thousands of residents tested positive for COVID-19. The city now has 20,398 confirmed asymptomatic and 824 symptomatic casesas of thursday.

The recent culling was not the first time Chinese healthcare workers were caught on camera beating pets to death after their owners tested positive for COVID-19.

In November 2021, two healthcare workers from the city of Shangrao in Jiangxi Province were filmed beating a corgi to death after its owner was purportedly under a mandatory quarantine at a nearby hotel.

Last month, a woman from the city of Huizhou in Guangdong Province was reportedly left devastated after watching CCTV footage of Chinese healthcare workers bludgeoning her 3-year-old dog while she was at a quarantine facility.