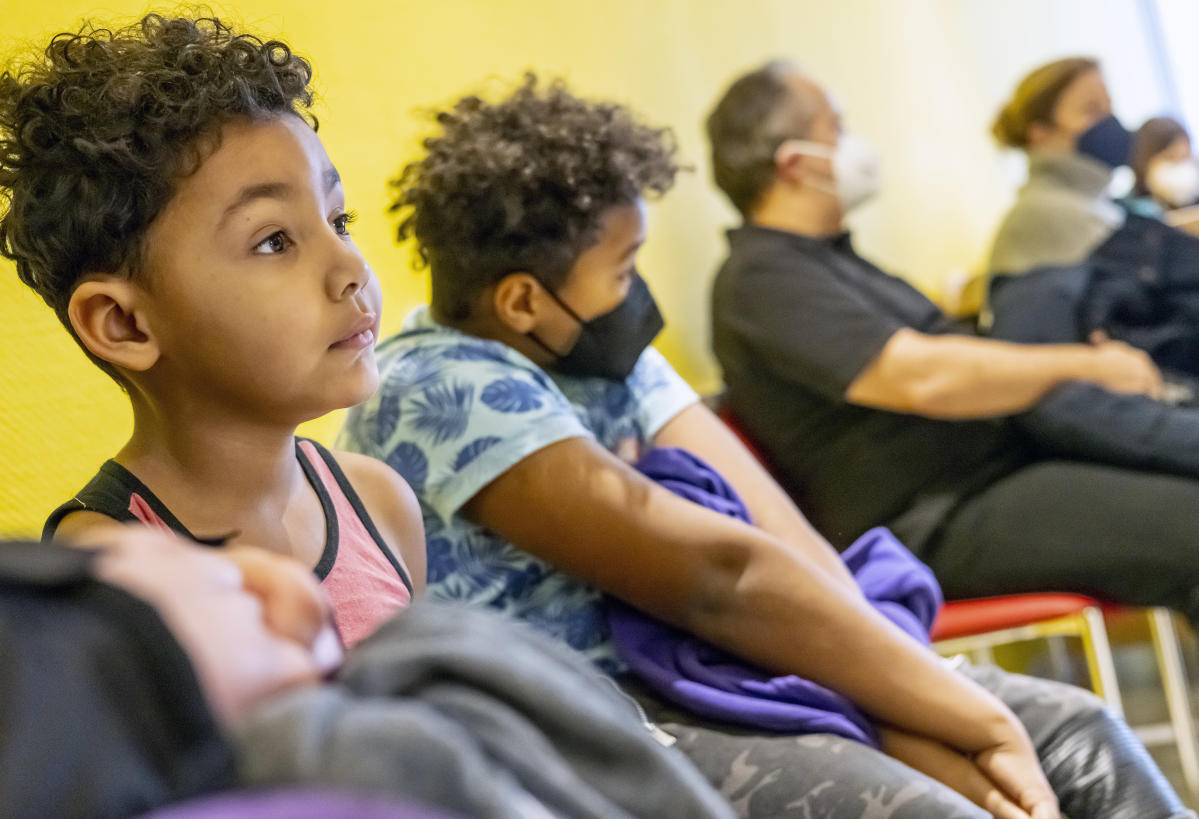 Online articles shared millions of thousands of times on social media claim the global outbreak of severe hepatitis in children is linked to Covid-19 vaccines, citing an April 2022 study as evidence. But health authorities and independent experts dismissed the idea that the shots are to blame, saying most of those affected were too young to be vaccinated and that the study refers to the case of an adult with a different type of hepatitis.

“New Study confirming COVID Vaccine causes Severe Autoimmune-Hepatitis is published days after WHO issued ‘Global Alert’ about new Severe Hepatitis among Children,” says the headline of an April 28, 2022 article from The Expose, a website with a history of circulating inaccurate health information.

The story cites a case study of a 52-year-old male who developed autoimmune hepatitis following Covid-19 infection and vaccination, then says: “The findings come just days after the World Health Organization issued a ‘global alert’ about a new form of severe hepatitis affecting children.”

Screenshot of an online article taken on May 5, 2022

A severe hepatitis strain of unknown origin has been identified in nearly 230 children in 20 countries, including three in Indonesia who died from the condition.

The World Health Organization (WHO) issued a notice on the topic April 23, which dismissed the hypothesis that the illness could be a side effect from Covid-19 vaccines because “the vast majority of affected children did not receive Covid-19 vaccination.”

The organization told AFP: “There is nothing to suggest a link.”

UK health authorities also alerted the public to an increase in hepatitis cases in children, describing a “southern onset” that had been identified since January 2022.

A Public Health England spokesperson said: “There is no link to the coronavirus (Covid-19) vaccine. None of the currently confirmed cases in under-10-year-olds in the UK is known to have been vaccinated.”

The US Centers for Disease Control and Prevention (CDC) published a health advisory “to notify clinicians and public health authorities about a cluster of children identified with hepatitis and adenovirus infection.”

Nine young children from Alabama affected by hepatitis all tested positive for a common pathogen called adenovirus 41, a study from the health agency released on April 29 said.

“At this time, we believe adenovirus may be the cause for these reported cases, but other potential environmental and situational factors are still being investigated,” the CDC said in a statement accompanying the study.

Everyone five years of age and older is currently eligible to get a Covid-19 vaccine in the United States.

A similar claim appeared on The Gateway Pundit, another website that has repeatedly spread inaccurate information.

“Madrid’s Deputy Minister for Public Health Claims Cases of Hepatitis on Young Kids are ‘Related to Covid-19 Vaccine'” says the headline of the April 27 article on the site.

Screenshot of an online article taken on May 5, 2022

A Spanish health agency spokesperson clarified that Deputy Minister Antonio Zapatero had actually said the opposite, and referred to a media report that said Covid-19 vaccines had been ruled out as a cause for the pediatric hepatitis cases.

Sara Hassan, a pediatric transplant hepatologist with Mayo Clinic Children’s Center, said the illness in young children being flagged by health agencies is different from the one described in the study used as evidence for the claim.

“This study was performed on an adult trying to link Covid-19 vaccines and autoimmune hepatitis, which is a distinct separate entity” from the hepatitis impacting children, she said.

Rima Fawaz, medical director of pediatric hepatology at Yale University School of Medicine, said the acute severe hepatitis reported in children is thought to be infectious, while autoimmune hepatitis — experienced by the man in the study — is not.

Autoimmune hepatitis is “an immune dysregulation, where your body has an abnormal response and you attack your liver,” and is treated by suppressing the immune system, she explained.

By contrast, the sick children are presenting with infectious symptoms such as fever, and receive different treatment, Fawaz said.

She concluded that evidence does not support the idea that the pediatric hepatitis case spike is connected to Covid-19 vaccines. “To say this is related to Covid vaccination doesn’t make any sense,” Fawaz said.

Infectious diseases expert John Swartzberg agreed, saying that the outbreak of hepatitis among children and the one case of autoimmune hepatitis found in a man who was vaccinated against Covid-19 are “completely unrelated” and “have nothing to do with each other.”

Swartzberg, an emeritus professor at UC Berkeley School of Public Health, said that the case of autoimmune hepatitis following Covid-19 vaccination reported in the study should “absolutely not” deter people from getting the shots.

AFP has debunked hundreds of other examples of inaccurate information about Covid-19 here.