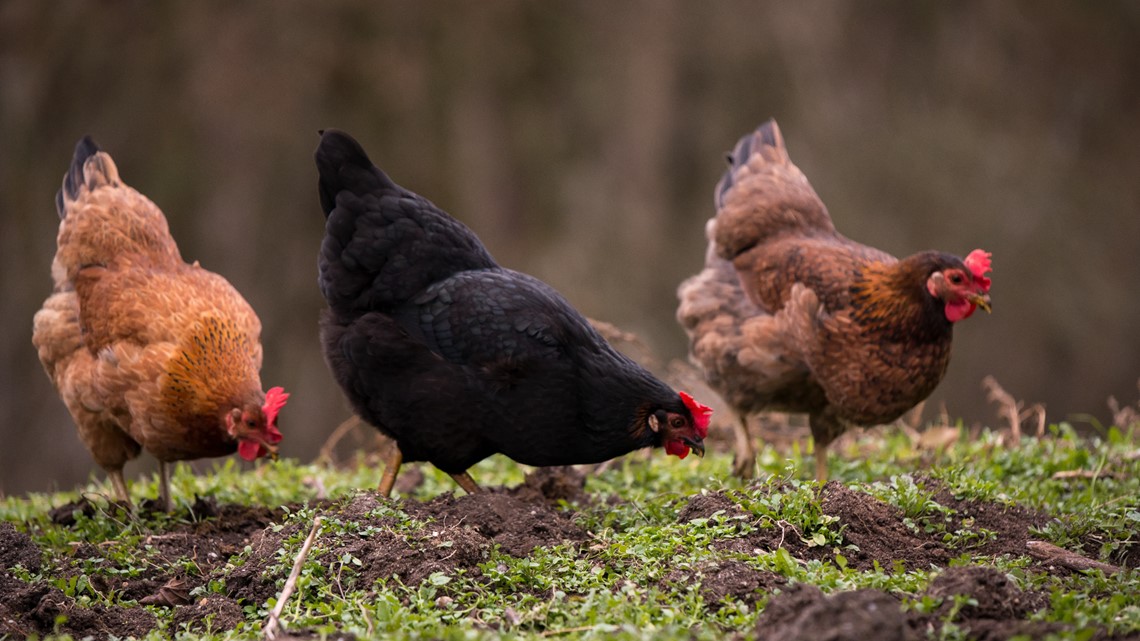 The strain of avian influenza is very contagious and deadly among chickens and is currently spreading throughout US poultry flocks.

PACIFIC COUNTY, Wash. — A highly contagious and deadly strain of avian influenza, also known as the bird flu, was detected this week in a backyard flock in Pacific County, according to the Washington State Department of Agriculture (WSDA).

WSDA and the US Department of Agriculture’s Animal Plant Health Inspection Service (USDA APHIS) confirmed the detection of highly pathogenic avian influenza (HPAI) on May 5.

HPAI is a strain of avian influenza (H5N1) that’s very contagious and deadly among chickens and is currently spreading throughout US poultry flocks.

According to the Centers for Disease Control and Prevention, HPAI infections have a 90-100% mortality rate in chickens, affecting multiple internal organs and causing death within 48 hours.

In the case detected in Pacific County, the non-commercial flock’s owner reported sick birds and an increased rate of mortality, according to WSDA. The owner contacted WSDA and samples were taken on May 4 to test for H5N1.

“The long and the short of that was that the producer noticed that one day a crow flew in with some of his chickens,” said Dr. Dana Dobbs with WSDA. “I think it was the next day he literally described they were dropping like flies.”

The Washington state veterinarian quarantined the premises and the birds on the property will be euthanized to prevent the spread of the disease, according to WSDA.

This is the first detected case of H5N1 in Washington state this year.

As of late April, the US Department of Agriculture’s Animal and Plant Health Inspection Service has recorded animal infections in more than two dozen states.

WSDA said they have not detected H5N1 in commercial flocks in Washington state and that there is no immediate public health concern.

“We have not diagnosed the virus anywhere else in our domestic poultry population,” said Dr. Amber Itle, state veterinarian.” One step owners should take is preventing contact between their birds and wild birds.”